Selim Bonfil, a photography artist from Izmir, opened an exhibition named ´The Photographer´s Logbook´, consisting of the photos he took while he was on the ship ´Gülbeniz A´ belonging to Arkas Navigation and Transport.
Tuna SAYLAĞ
SHARE ON TWITTER SHARE ON FACEBOOK
January 2, 2020 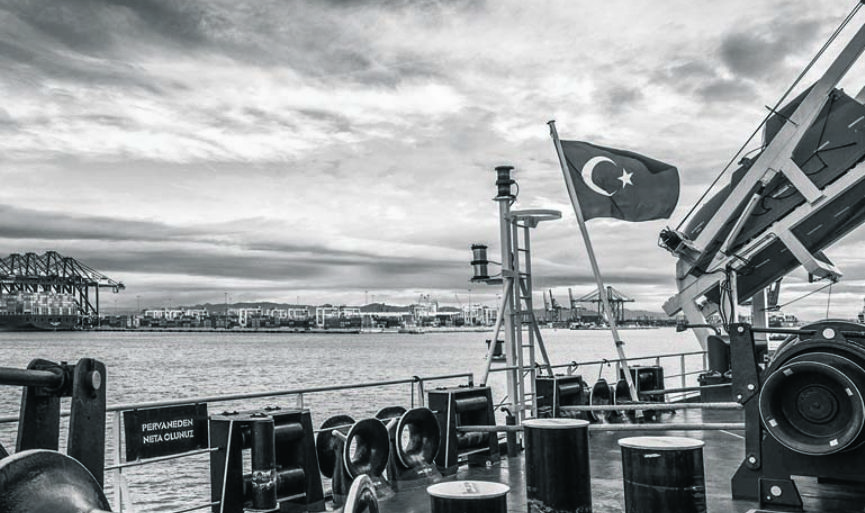 The photography artist from Izmir, Selim Bonfil is by profession an industrialist working in Manisa Industrial Area. His photography exhibition named 'The Photographer´s Logbook', consisting of the photos he took during the one week he spent on the ship ´Gülbeniz A´, belonging to Arkas Navigation and Transport, is opened in the Gallery Mos-Art within the Manisa Industrial Area.

This is the third exhibition of Bonfil, who is a passionate photographer beside his being a businessman, that he has opened in the same gallery. The artist has also previously contributed to many collective exhibitions with his works. The photographer who is a board member of IFOD (Izmir Photography Art Association), had together with Doç. Dr. A. Beyhan Özdemir and Ali Işik, performed the documentary photography project 'Tolerance in Izmir' in 2013. With this project, they were awarded IBB's (Istanbul Municipality's) prize for protecting the historic environment and cultural heritage.

Selim Bonfil's 'The Photographer's Logbook' exhibition consisting of 49 photographs, can be visited until February 17th.