Bekir Ağırdır, the general manager of Konda Research and Consultancy, whose predictions for the June 23rd elections proved to be correct, shared with us his detailed analyses on Turkeys political and social structure.
Elif ULUĞ
SHARE ON TWITTER SHARE ON FACEBOOK
July 5, 2019 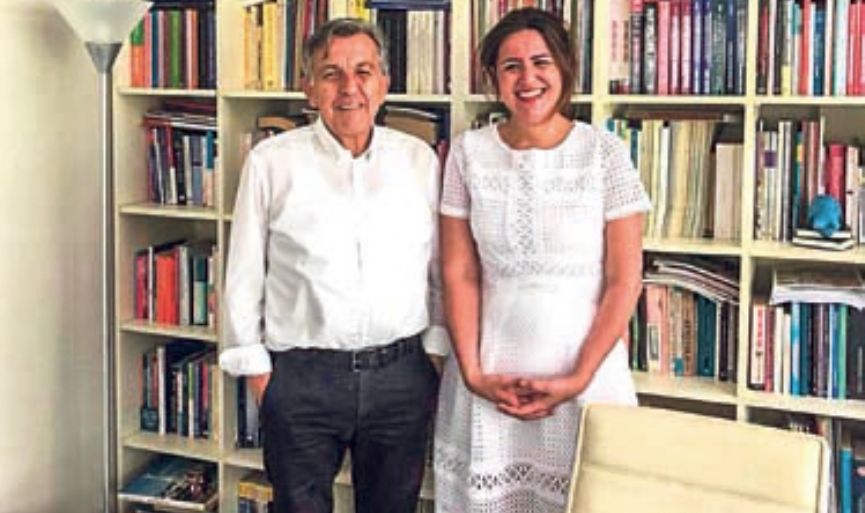 We talked about the political status and the political parties, following the election ‘era’ our country passed through, with my dear friend Bekir Ağırdır, who literally has a finger on the pulse of Turkey’s politics. In my opinion it was a conversation full of pertinent and easy to understand conclusions, that will once again impress you.

In my opinion, a new era has begun in Turkey. Turkey was on the brink of a cliff; the people pressed the brake. We didn’t fall off the cliff but we couldn’t go back, we’re at least hanging on a string. Can there be an air of revision in AKP (ruling party), what do you think?

Among all the elections and referenda they have participated in the 17 years they have been in power, this is the first time they lost; this is very striking. It will certainly be a turning point in their history.

AKP seems to be in a serious internal reckoning.

Among themselves there is a serious politic and ideologic separation. There are serious differences of opinion on the events of the last 7-8 years among the people who have started off as political Islam but turned out to be conservative democrats. Maybe they cannot say it out loud because of the polarization. As in the left-wing social democrat world, they cannot argue it in front of the media, but among themselves there are obviously deep ideological and philosophical debates. I am trying to follow at least some of them. They are having arguments behind closed doors, about how the corruption of power, being so side to side, so intertwined with the government, the governmental mentality can ruin and get hold of their cause. AKP has lost its ability to renew itself both ideologically and in the sense of human resource. A renewal effort doesn’t stand a chance.

The systems cannot renovate themselves. Is there a chance that AKP can divide in itself?

It can divide, as long as it is not out of our life. Probably in 10 or 20 years we will still have AKP in our life. The reason for this is their being a mass party, their being within a steel strong conflict of interest and their still having an ideological point of view. AKP started in 2002 in a democrat position taking all the differences in. However, neither their democracy nor pluralism is left today.

“THERE IS NEITHER A NEW VOICE NOR A NEW PROMISE!”

Do you feel a reform coming?

President Erdoğan is not the leader of a movement anymore, AKP is an instrument in the hands of the leader. It will not be an easy transformation; it will eventually be torn apart. I don’t know when, because we are trying to figure out the situation from AKP’s point of view.

If there neither is a new voice nor a new promise available, even if you are unhappy from the current situation, where will you go, what will you do? We still are missing that voice and promise...

This search of that voice and promise is the reason of that huge attention, one which even Ekrem Imamoğlu (Mayor of Istanbul) did not expect, he didn’t dream of... This is why people are attracted to him... He is a sincere man.

What will happen to CHP (the opposing political party)? Can CHP produce another solution?

CHP can create an opportunity using the power they have in the local governments. Some say that “the government won’t let them...” since they have the majority. Maybe they will be even more successful just because the government won’t let them. What people need today in Turkey is to participate, to be respected for their identity, to simply exist and have peace on the streets. CHP can create ways for the public to join in the decision-making mechanism.

Is the polarization in Turkey going on?

Yes, Turkey has 3 groups of people, namely conservatives, seculars, Kurds; there are three different Turkeys. Once these people are together on the streets, when they see each other's needs, when they get used to their songs, stories, they will make peace. The mayors in Istanbul, Izmir, Antalya can implement so many solutions, thus life can revive on the streets, people can get rid of their shells, their fears, talk to each other, understand each other, and finally see that everyone has the same needs and wants...

I hope CHP has the chance and ability to think on an issue they haven’t covered until now.

Turkey is changing, slowly, bit by bit... The politicians need to see this, they need to understand that this society is a hybrid society; Turkish people are people of paradoxes. Their lives are not A or B; their lives are A and B.

Woman is changing, so are her roles...

Woman’s role at home is changing. She is dressing up and asking “Ok, I’m ready; where are we going to dinner tonight?”; she’s taking care of herself. These seem like little things but from little things big things grow. The real story comes from them... This is why Turkish society is changing. The reason of change in the last ten years can be seen clearly in everything. Still, look at the homes of fanatics or the university graduates; is there violence, violence towards women or not? We all know that this has nothing to do with just education; women know this, too.

Finally, what do you imagine for the three months ahead?

Turkey is struggling with many layers of problems; we have to see how both President Erdoğan and Kemal Kılıçdaroğlu (leader of CHP) is handling the situation. Political polarization is still going on, there are political crises, plus the economic crisis. Even though some layers of the problems are dependent on the variables that are out of our reach, our way of managing these problems matter. If we can find a way to manage them, we can find peace all of a sudden; but if we can’t, we may drown in them. That’s why to say something would be like fortune-telling, but at least we can say that these are critical and uptight situations.

The real issue at hand is that humanity is trying to convert from industrial society towards information society, though the information society doesn’t have any institutions or rules. The information society doesn’t have a definition as to how governments should be. World thinks that with old legislations and governmental politics, these problems will disappear; but we will all see that they won’t. This is why there is a democracy movement in the whole world; it is needed. Turkey is not immune to these problems. While the rest of the world feels this as an earthquake of 2-3 magnitude, we live it like magnitude of 8. Therefore, we need a wider imagination and a common story.