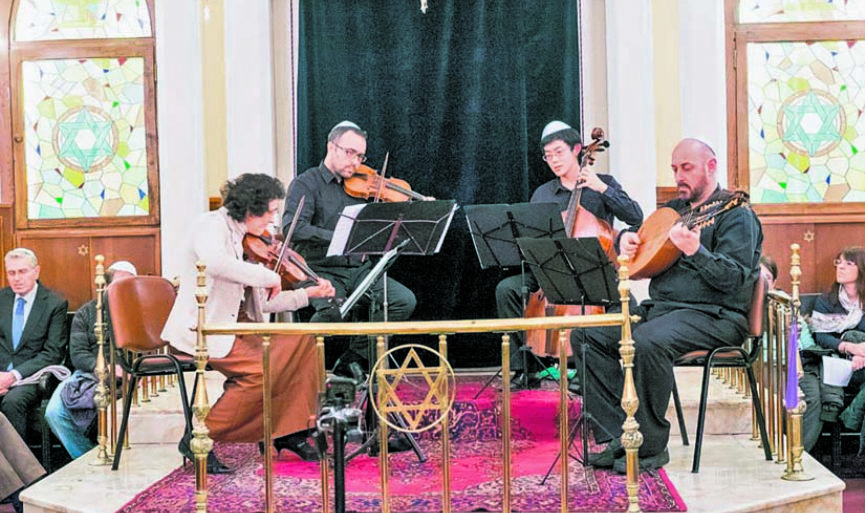 Before the concert began, Italian Jewish Community Leader Rifat Behar and Italy’s Consul General in Istanbul Elena Sgrabi gave short speeches where they both emphasized the importance of the event.

In her speech Ms.Sgrabi said, “With this concert, we aim to remember and never forget the grief of Holocaust. Italy organizes similar events every year on the occasion of International Holocaust Remembrance Day. Author Primo Levi had once said, ‘Whatever happened can happen again.’ Therefore, it is very important to pass on as much information as we can about the Holocaust to younger generations. For this year’s ceremony we cooperated with Italian Cultural Center and Italian Synagogue and organized this concert that will feature Jewish Baroque Music from 1600’s.”

The repertoire consisted of unique tunes from 1600’s and 1700’s. The guests had the privilege of listening to exclusive music from one of the widely acclaimed ensembles in Europe.