Inbar: We will not See a Peaceful Middle East

The signing of Abraham Accords is a significant development in the unstable Middle East. We talked with Prof. Dr. Efraim Inbar, the Israeli position and the future of the Turkish-Israeli relations. Prof. Inbar is the president of the Jerusalem Institute for Strategic Studies (JISS), and professor emeritus of political science at Bar-Ilan University. He was the founding director of the Begin-Sadat Center for Strategic Studies (BESA), a position he held for 23 years. He specializes in Middle Eastern strategic issues, Israeli-Palestinian diplomacy, and Turkey-Israel relations.
Karel VALANSİ
SHARE ON TWITTER SHARE ON FACEBOOK
September 23, 2020 697 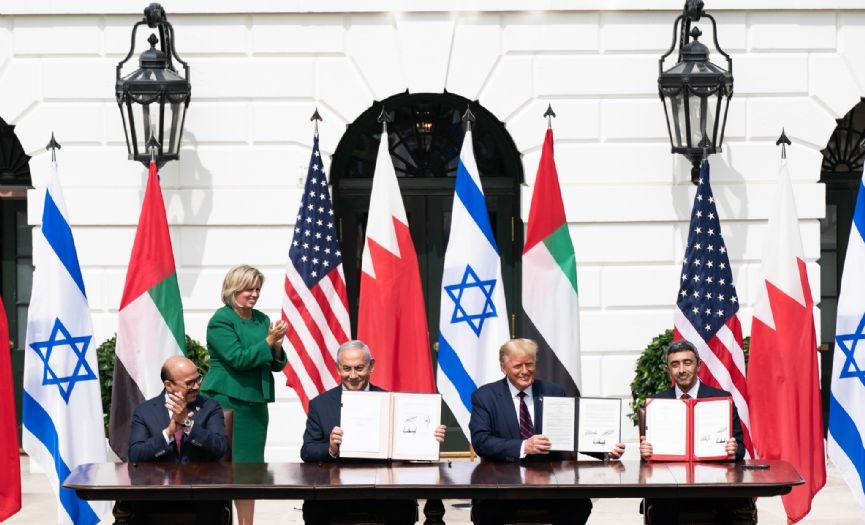 We witnessed a historic event last Tuesday. How do you evaluate the peace deals between Israel and United Arab Emirates (UAE), Bahrain?

First of all, I think that it is a warm peace. Which means full interactions between people and movement of goods. We did not have it with Egypt, we did not have it with Jordan. We have an entirely different deal with UAE and Bahrain. Definitely, it is a peace of a qualitative difference.

How does this step change the Middle East? Can we expect an end to the instability, as many leaders have pronounced?

I doubt it. Basically, we see a formalization of alignments in the Middle East between Israel and moderate Arab states against Iran. Iran continues to be a revisionist power with proxies all over the region. We will probably see closer relations between Iran and Turkey. Both are ambitious and have expansionist goals. We will not see a peaceful Middle East. We will see a continued struggle. It will isolate to a greater extent Iran and also the Turkish-Qatari alliance.

Can we say that Israel has joined the Arab axis officially? If so, what may be the price it has to pay?

People talk about F-35s that will be delivered to the UAE. But this is part of having peace. After we had peace with Egypt, the Egyptian army was American equipped. This is something to be expected. Israel should demand compensation in certain arms from the US.

So you expect this sale to occur…

This is not an Israeli decision. This is an American decision. If Trump wants to sell, he will do it. We will be compensated for preserving our qualitative military edge. But F-35s, this will not be tomorrow, it will take time. A few years…

Normalization with these two countries could encourage others as well, as Trump has said. Can Saudi Arabia be one of them? And can this wave expand to North Africa as well?

We can say but I am not sure it will happen. Oman probably is a better candidate than Saudi Arabia because it has hosted a public visit by Israeli prime minister [Israeli Prime Minister Benjamin Netanyahu visited the Gulf state of Oman and discussed peace initiatives in the Middle East with Omani Leader Sultan Qaboos in 2018]. Maybe Morocco. 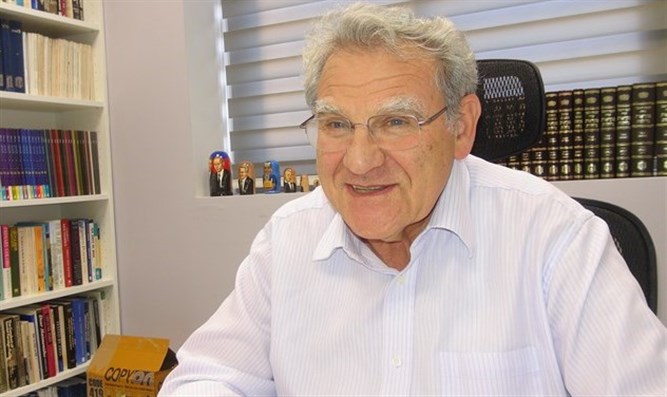 Let’s say Qatar, who provides financial aid to Gaza and has good relations with the U.S., decides to normalize its relations with Israel as well. What will be the response of the UAE? Is this a possibility?

It is not likely in the near future. Qatar is a problem. Qatar supports the Muslim Brotherhood. One of the reasons UAE is close to Israel is Qatar's support for Islamists.

The statements of the Turkish Foreign Ministry demonstrate that this normalization could complicate the already problematic relations between the two countries. How do you see the future of Turkish-Israeli relations?

As long as Erdoğan is in power, I don't expect to have a good relationship. However, Erdoğan is somewhat pragmatic. Turkey has diplomatic relations with Israel, Turkish Airlines flies to Israel and there are of course economic interactions. Turkey exports Turkish goods to the Arab world via the Haifa port.

Turkey has been pronounced as a challenge for Israel by the IDF report lately. What is the implication of this report?

We don't want a military confrontation with Turkey. I am saying that we don't want; I am not saying that it will not happen. It is connected with Erdoğan’s ambitions, according to Turkey’s decisions or acts.

Palestinians may be feeling left out of all these developments. What will be the future of the two-state solution?

What do you think will change in the Middle East especially for Israel, if Joe Biden becomes the next American president?

The only thing we are concerned about is, he may decide to bring back the JCPOA which is really a very bad agreement. Biden has welcomed the deal with the UAE, Biden said he will not move the embassy from Jerusalem, Biden is not hostile to Israel. Our main concern is Iran nuclear deal.