International Conference on Israel and Judaism Studies in Izmir 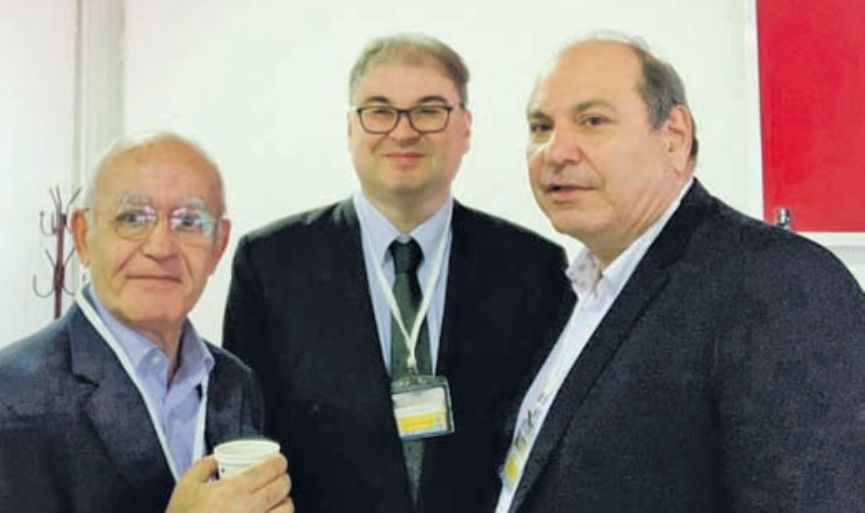 This year the conference to which scholars of many universities from Turkey and abroad have attended, was themed 'Turning Points: Change and Continuity in Judaism and Israel'.

Opening speeches of the ceremony were given by Izmir Democracy University's rector Prof. Bedriye Tunçsiper and Chargé d’affaires of Israel in Ankara, Roey Gilad. 105 papers were presented at the conference where around 90 speakers attended.

Among the speakers at the conference were also some writers from our newspaper Şalom. Assoc. Prof. Dr. Umut Uzer gave a presentation in English, on 'Theoretical Approach to Turkish - Israeli Relations', Metin Delevi, a presentation on 'Antisemitism: Its Short History, and its Reflection on Today', and Silvyo Ovadya a presentation on 'Ottoman and Turkish Jews Through Postcards'. Umut Uzer also presided a panel. Many scholars and researchers from Israel and many other countries attended the conference which received more attention than the previous years, as it took place in Izmir.

28 January
Ankara´s Atakule Tower Illuminated to Commemorate Holocaust Victims
Ankara also joined the many capitals around the world that illuminate their buildings to commemorate the International Day in Memory of the Victims of the Holocaust.