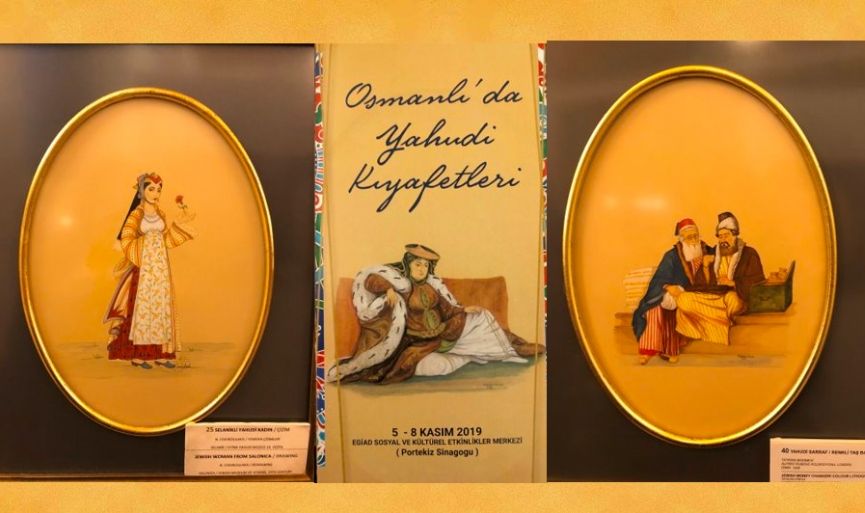 Curated by Silvyo Ovadya, the ‘Jewish Clothes in the Ottoman Empire’ exhibition is opened in Egiad Center of Social and Cultural Activities (Portuguese Synagogue) in Izmir. The exhibition, realized with the cooperation of the Izmir Sephardic Cultural Heritage Foundation, Aegean Exporters Association and Quincentenial Foundation Museum of Turkish Jews, will be on display until November 8th.

In the exhibition, on display are the 61 illustrations of the clothes Jews wore back when they were living in the Ottoman Empire, starting from the Byzantine era until the 19th century. The illustrations were drawn by the gilding and miniature artists Ruhifeza Verdön, Olcay Çetinok, and Harika Yazıcı.