Turkish people´s perception of Israel on its 68th anniversary 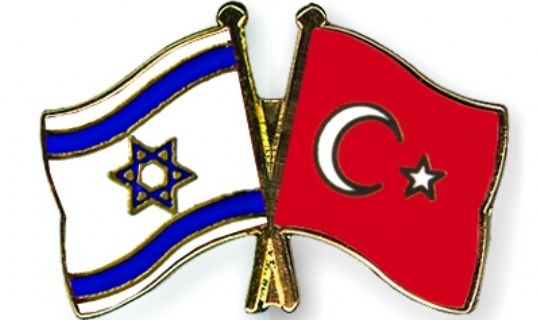 Last Monday, the Israeli Consulate in Istanbul held an elegant reception in Istanbul, for the 68th anniversary of Israels independence. Gultekins speech in this event demonstrated how imminent the normalization of the relationship between Turkey and Israel and how willing Turkey is.

Israeli Consul General Shai Cohens speech also included similar cordial messages. Cohen said that despite issues regarding diplomatic relations, the assistance offered by Turkey to Israel after the terror attack on March 19 on Istiklal Avenue which killed three Israeli citizens, demonstrated how profound the cooperation between the two countries is. He also emphasized that there is a positive atmosphere for the normalization of the relationship between the two countries. Following the cordial speeches, the playing of two countries national anthems, consecutively, under Turkish and Israeli flags complemented this picture. The most striking thing was that this year the reception was held at a much larger venue enriched with Israeli singer Ester Radas concert, hosting significantly more guests compared to those of recent years. This was yet another indication that the relationship between the two countries is improving.

The month of May was an important time for the relationship between the two countries. According to the reports in Turkish media, there was an expectation for a meeting to be held in mid-May where critical signatures would be appended. However, on our one-to one conversation with Shai Cohen before the event, without giving the exact time and place for this meeting, Cohen told me that this date is postponed due to Prime Minister Davutoglus resignation. He also added that the normalization process would happen as a result of series of talks after the new government is formed. He stressed that the naval blockade on Gaza will not be lifted and it is legitimate within international laws. When we were talking about the current situation in Gaza, he specifically highlighted the fact that Turkey undertakes half of the construction materials transit to Gaza. He also stated that main points of conflict rising between Turkey and Israel, were the way Turkey would assist Gaza and the relationship between Turkey and Hamas.

While all these diplomatic developments are taking place, the reaction of the people to all these diplomatic developments, arouse curiosity. There are two major studies conducted on these issues. The first one was conducted by Mitvim Institute in 2015. According to this study, 77 percent of Israelis are in favor of mending ties with Turkey. Their reasons are, the developments in Syria, ISIS threat, the intermediary role Turkey can play in peace talks with Palestinians, cooperation in energy sector and tourism. Even though this high result is surprising, it is also important as it demonstrates the will to build good relation with Turkey and the efforts of Israels founder Ben Gurion is still prevailing, even after 68 years.

A similar study was conducted in Turkey by Ankara Policies Center recently. The crucial finding of the study analyzing Turkish youths perception regarding the relationship between Turkey and Israel is that Israel was perceived as an economic partner rather than a strategic military partner. At a time when instability is on the rise in the Middle East and Turkey has become the target of terror attacks, it is especially striking that the respondents put Israels know-how on terror and security along with its advanced military technology, on second place. The military cooperation of the 1990s, a period which was once described as the golden age in Turkish-Israeli relations, has lost its place to economic cooperation. This indeed is coherent with AKPs economic policies. The fact that the trade between Turkey and Israel has reached a record high despite Davos and Mavi Marmara incidents is a result of these policies. In 2014, the trade between the two countries reached 5.6 billion USD. This is not a coincidence. If we take 2002, the year AKP came into power as the starting point, the counter trade between the two countries increased 429 percent between 2002-2014.

According to the survey, even though Israel is perceived as the most important country in the Middle East, it is no longer perceived as Turkeys gate to the West. There are no doubts regarding the legitimacy of Israel, but what people know about Israel does not exceed the importance of Jerusalem and Palestine. The term Zionism is considered equal to fascism and it is seen as part of the Palestinian issue. Even though the number of respondents was not high, the timing of the report is significant.

Turkey is the first Muslim-majority country to recognize Israel. Since 1949 the relationship between the two countries had its ups and downs. There are many explanations as to why these two countries want to ties, their isolation in the region, terror, security, intelligence... However, there is still a point missing. The mistress relationship in the first years of their relationship transformed into adolescent love, today. They can neither be apart nor open up to each other. They are trying to get each others attention and express their love by being mean to each other. The current relationship between Turkey and Israel can only be summarized like this.