From the Museum of Turkish Jews: ´El Telegrafo´ 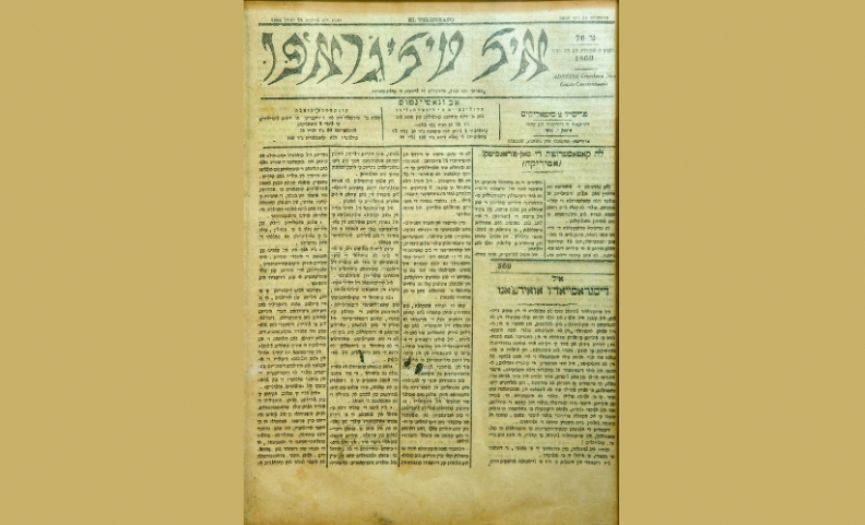 The paper changing its name, was published as El Telegraf in 1872, and from 1878 as El Telegrafo. Indeed on El Telegrafo, as the establishment date, the year 1860 that El Jurnal Israelit had first started to be published, appeared. The paper was being published three times a week, on Mondays, Wednesdays, and Fridays.

El Telegrafo which had moved to Kurşunlu Han in Galata, Beyoğlu (Istanbul), no.7, kept its place in the media up until the death of Isak Gabay, its last editor-in-chief in 1931.*

The newspaper in the photo is dated 1906, and has been donated to the Quincentenial Foundation Museum of Turkish Jews from the archives of Naim A. Güleryüz.