The Modernization Process of Turkish Jews and Abraham Camondo

Abraham Camondo was born and raised in Istanbul as the child of a family descending from the Sephardic Jews expelled from Spain and then came to the land of the Ottoman Empire. He would then become a banker and a community leader providing great services to both his community and the Ottoman rule, up until the day he left Istanbul at the age of 83.
İvo MOLİNAS
SHARE ON TWITTER SHARE ON FACEBOOK
July 9, 2020 866 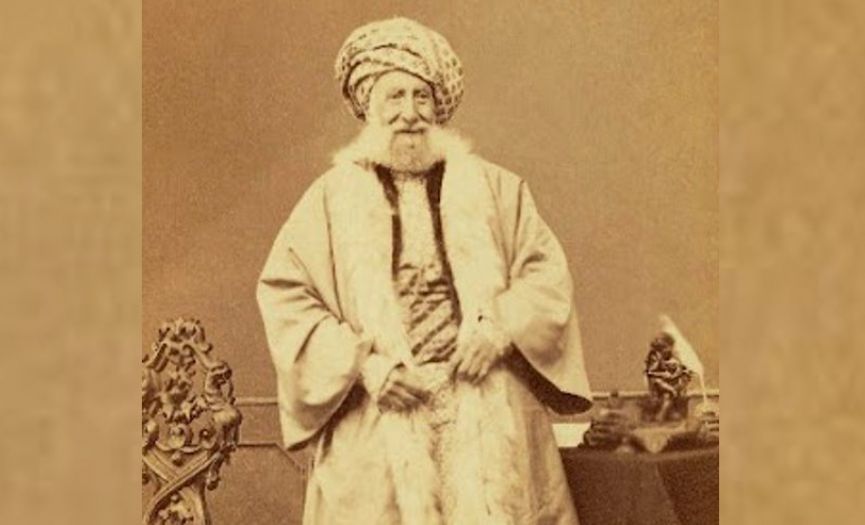 In the afternoon hours of November 1861, in Yeniköy, in one of the most magnificent Istanbul mansions, a historic incident takes place.

Rabbi Izak Akriş, who was one of the leaders of the especially poor and uneducated part of the Ottoman Jewish Community, barges in the mansion with his followers, despite the resistance of the servants, also damaging some valuables in the process, and threatens the owner of the mansion saying: “You either shut down the school or I’ll excommunicate you.” The owner of the mansion does not obey the threat and Akriş tells him that he has excommunicated him from the Jewish community. According to some historians, a very important figure, the Grand Vizier Fuad Pasha, is at the mansion that afternoon, and because of this incident, he gives the order to imprison Rabbi Akriş in the famous prison of the time, Iplikhane-i Amire in Eyüp, Istanbul.

One week later, the most interesting event of the Ottoman Jewish Community history occurs.

Akriş’s disciples who protest his being imprisoned, make scenes in the city, lose themselves as far as attacking the Grand Vizier’s building in Babıali. On Friday night, incidents reach the peak. As Sultan Abdulaziz was traveling from Haliç to Eyüp by sea, he hears the crowds at the cost protesting a dispute shouting and cursing, reciting psalms and prayers, and as he then learns, that they want Akriş freed. Sultan Abdulaziz, thinking that the persistent request of such a big crowd was the general wish of the whole community, lets Akriş go free. Akriş and his followers have won a great victory.

The owner of the mansion Abraham Camondo (Abraham Salomon de Camondo) is disappointed greatly and despite his many years of struggle, a few years later then these incidents, he leaves his country.

Abraham Camondo was born and raised in Istanbul as the child of a family descending from the Sephardic Jews expelled from Spain and then came to the land of the Ottoman Empire. He would then become a banker and a community leader providing great services both for his community and the Ottoman rule, up until the day he left Istanbul at the age of 83. He would play an important role in the Istanbul financiers’ conversion from being moneychangers to bankers, make sure that Galata becomes a modern finance center, and bear the financing of a big part of the army expenses during the Ottoman Empire’s Crimean War. He would be written in history as a person who regulated the relationship between his community and the Ottoman rule, as a result of his very good relations with the grand viziers. He would be listed as one of the founders of the modern business life, building famous inns in various districts of Istanbul, and would leave his signature on distinct pieces which contribute greatly to Istanbul’s city architecture.

Abraham Camondo not stopping there would assume the mission to uplift the Ottoman Jews, who after living their golden age during the Rise of the Ottoman Empire, had started deteriorating economically and culturally and had been left behind compared to West European Jews.

The fact that the Jewish Community, who was way behind the other religious minorities, could not benefit from the Tanzimat reforms and that they could not perform the necessary change and transformation, would activate modernization supporters like Abraham Camondo, and this development would cause a great reaction from the religious and conservative Jews. Camondo would relate the society’s not being able to modernize, to not having secular schools, think of opening schools with curriculums including French-language education to maintain relations with the outside world, Ottoman language, and various classes other than religion, and would for the first time establish a secular school in 1856 called ‘Escuela’ in Piri Pasha district of Hasköy.

However, this development would receive a great reaction from the ultra-conservative religious people who were against modernization and that claimed in these kinds of schools, Jewish youth would turn to Christianity, and then finally the education in this school would stop in a short time. Thus, the project to integrate the Jewish youth with the world would fail, and Escuela would only be able to reopen 5 years later, with Camondo’s compromises in curriculum and management, and his promises to financially aid the religious schools. However, as per some historians, some ultra-conservative rabbis would revolt again with economic motives, but their pretext being "we’re losing our religion", so the story that had started with breaking into the mansion in Yeniköy, would result in the defeat of Camondo and modernization supporters.

Though Camondo would resist ex-communication and establish a secular council within the community together with Istanbul’s Jewish intellectuals and wealthy businessmen for some time, he would not succeed in overcoming the ultra-conservative atmosphere of many years, and would decide to leave his country after his son’s death.

Meanwhile, the 1865 Chief Rabbinate Law accepted by Sultan Abdülaziz with the encouragement of Grand Vizier Fuad Pasha to prevent the chaos in the community, and ensure the modernization of the Jewish Community, would allow the secularists in management, and a new balance would be restored in the Ottoman Jewish Community led by the religious and conservatives until then.

Ottoman Jews with the secular schools established everywhere since 1870, would only then begin to bear the fruits of the Jewish Enlightenment started by the European Jews 100 years ago.

What should be noted here is the reality that the grand resistance the conservative and fanatic section has shown to the community’s enlightenment process despite Camondo, was only broken by the Ottoman rule’s forcing the community managerial-wise to modernize and the secular education brought to the country by European Jews...

Abraham Camondo would pass away in Paris where he had spent his last years, and as per his will his body would be buried in the mausoleum he had had built in Hasköy, with a big assembly attended also by the Ottoman rulers.

This great man deserves more than just to be remembered in solitude on the edge of a road.

He is waiting to be remembered, with his life, his contributions to his country, and to Istanbul, with his struggle to modernize the community, in the Quincentenial Foundation Museum of Turkish Jews. 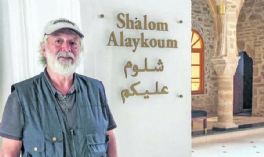