Nietzsche, the Jews, and a New Philosophy of Orientation 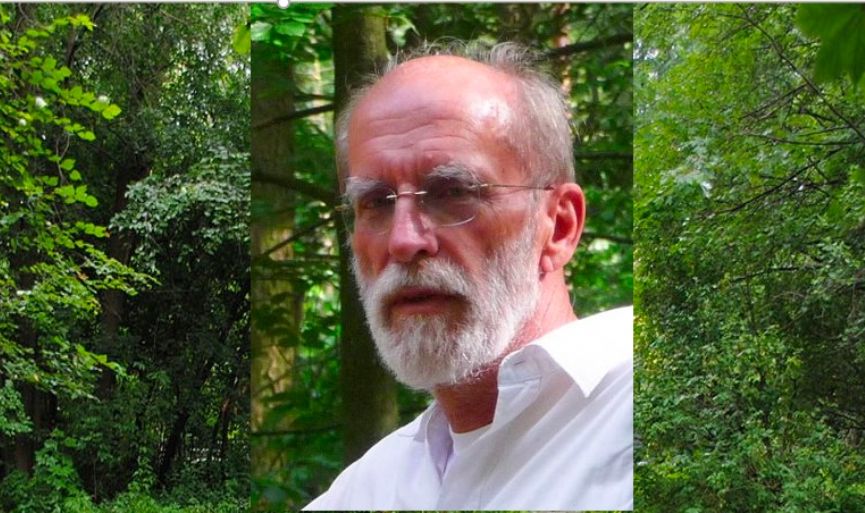 Professor Stegmaier gave a lecture at the Goethe-Institut of Ankara on “How do new philosophies come into the world? Nietzsche’s ‘Magic of the Extreme’”. We asked him for an interview.

Professor Stegmaier, you are known as a prominent Nietzsche scholar all over the world. Why did you choose to study on Nietzsche?

I wrote my doctoral thesis about metaphysics in Aristotle, Descartes, and Leibniz – about their concepts of substance. To be a substance means to persist, to remain the same all the time. But I discovered that these concepts of substance change and develop, that they are in flux. Their essential qualities can change – like the place, the staff, the owner, the products, the name and so on of a company: while changing its qualities, the company nevertheless remains the same. I called this substance in flux a “fluctuance”. Today, we know, all alleged substances are fluctuances. Later I found similar criticisms in Nietzsche – Nietzsche criticized metaphysics at all in the most fundamental way. So, I had to study Nietzsche more and more. And this turned out to be very fruitful. Studying Nietzsche, I developed the philosophy of orientation.

There are many political crises in the world such as migration and populism. Why do we need to read Nietzsche again to understand these contemporary crises?

Nietzsche’s philosophy is about one hundred and fifty years old. So it cannot give answers to the current crisis. But Nietzsche saw a comprehensive crisis which is still ours: the revaluation of all values. He prepares us for managing new crises and new revaluations. According to Nietzsche, the severest revaluation of values is raised by nihilism – that the highest values like God, truth, and eternity are devaluated. Nietzsche seems to have foreseen the Nazi tyranny. He predicted, because of nihilism people will want tyrants who will destroy them – as Hitler and his Nazis did. Today, we experience different crises, like globalization, digitization, climate change, erosion of democracy, spread of terrorism. We do not know how they are intertwined and therefore we do not know how to manage them. We need new concepts for understanding the complexity of our world. We see that there is no single key and no eternal truth to solve all these problems, and this is what Nietzsche stated: that we have to find our own solutions as free spirits and on our own responsibility.

Is Nietzsche a philosopher of crisis?

Yes, we could say that.

Some people think that there are some antisemitic elements in Nietzsche texts. What do you think about this?

This is quite clear; there is a lot of research on this issue. Richard Wagner, the great friend of the young Nietzsche, was deeply antisemitic – and one of the reasons why Nietzsche abandoned this friendship was Wagner’s antisemitism. In some very important aphorisms, Nietzsche praised the Jews – not condemned them. Nietzsche was not a proto-Nazi, but the counterpart of a Nazi: an anti-nationalist, an anti-socialist, and an anti-anti-semite.

Do you see any connections between Nietzsche and the Jewish tradition?

This is a very interesting and a very difficult question. To a certain degree, I studied the Jewish tradition and was guided in this especially by Emmanuel Levinas. Levinas distinguished between a Greek tradition in philosophy – the western tradition – and the Jewish tradition, and he discovered important clues in the Jewish tradition to reorient philosophy as a whole in our time. I discovered a lot of connections between his and Nietzsche’s philosophy, especially concerning ethics. Nietzsche himself, I suppose, did not know much about the Jewish tradition. In his “Genealogy of Morals” and his “Antichrist” he describes the Jews as a people gifted with an outstanding moral genius – who procreated Christianity and betrayed the world with it. I don’t think Jews acknowledge and appreciate this. But it is not antisemitic.

In the twentieth century, all intellectual persons were deeply impressed by Nietzsche, Jewish philosophers too. Martin Buber had begun to translate “Thus spoke Zarathustra” into Polish, the writings of Georg Simmel proved to be very influential in the so-called “Jewish Nietzscheanism” especially in Eastern Europe; then, think of Franz Rosenzweig and later on of Jacques Derrida.

All around the world, antisemitism is rising. As a thinker what do you think of antisemitism?

The current antisemitism is really hard to understand. The ancient Romans hated the Jews because the Jews were not willing to worship the Roman emperors as gods – the Jews hated the Romans because they demanded this. The Palestinian people hate Israel because it occupies the land which they consider as their own. In Europe, there is no reason to hate Jews. Nevertheless, in some countries there is antisemitism but there are no Jews, like in Japan. The enduring, the current antisemitism seems to be a problem connected to the growing complexity of the world: most people need simple answers – think of Adolf Hitler’s “Jews are our misfortune.” Some people still believe that all Jews are in conspiracy with each other, and thus they use Jews as a scapegoat for all sorts of things. This is ridiculous, but it happens. Instead, Nietzsche writes in his “Beyond Good and Evil” (No. 251): the Jews could gain the domination of the world if they wanted to do this but they do not want it.

Can we find a philosophical attitude to resist antisemitism?

Do you have a final word?

The traditional Jewish thinking differs from the “Greek” thinking with regard to a very interesting issue: for thousands of years, Jews oriented themselves toward a single text which they believe to be written by God Himself: the Torah. They are able to interpret it anew at every time in order to orient themselves in this time. “Torah” also means “orientation.” I, not being a Jew, believe that we can understand the rapid changes of our current world through a philosophy of orientation which can learn a lot from the Jewish tradition by exploring our skills to orient ourselves always anew in this always-changing world.