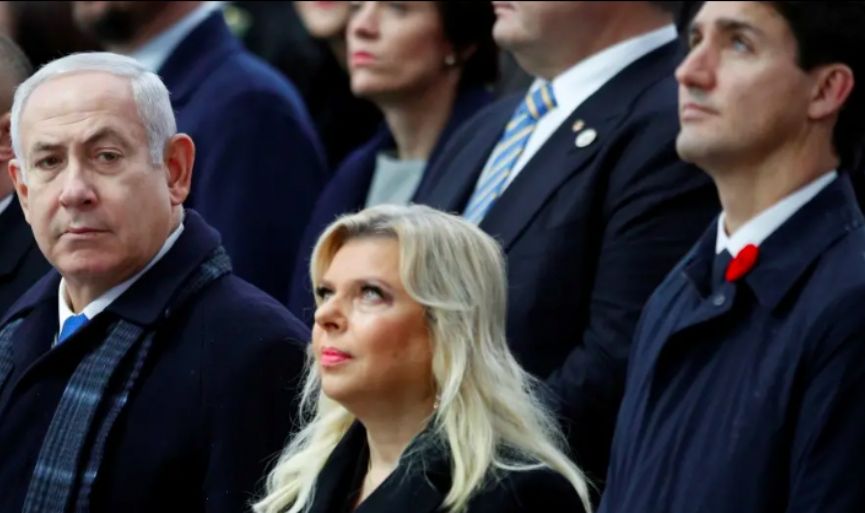 A gunman killed two people outside a synagogue and a nearby kebab restaurant on Yom Kippur in an attack in Halle in the German state of Saxony-Anhalt that he livestreamed on a video-gaming platform.

Before the attacker began shooting on Wednesday, he broadcast an antisemitic manifesto online.

One woman was killed outside the synagogue and one man in the kebab shop. Police said they had detained one person. The names of the victims and the suspect have not been released at press time.

The video circulating online showed a 27-year old German with a shaven head reciting a short statement in broken English to a camera while sitting in a parked car.

“I think the Holocaust never happened,” he began, before adding “Feminism is the cause of decline in birth rates in the West,” mentioning mass immigration and concluding: “The root of all these problems is the Jew.”

A spokeswoman for Amazon’s video streaming subsidiary Twitch said footage of the shooting attack was livestreamed on the service.

“We worked with urgency to remove this content and will permanently suspend any accounts found to be posting or reposting content of this abhorrent act,” she said.

In the video, the man drove to the synagogue, found the gates shut, swore, and after failing to force the gates open, shot several rounds at a woman passerby.

Max Privorozki, Halle’s Jewish community chairman, described how the gunman tried to shoot his way into the synagogue.

“We saw via the camera system at our synagogue that a heavily armed perpetrator with a steel helmet and a gun tried to shoot open our doors,” he told the Stuttgarter Zeitung newspaper. “The man looked like he was from the special forces... But our doors held.”

“We barricaded the doors from inside and waited for the police,” he said, adding that about 70 or 80 people were inside the synagogue observing Yom Kippur.

“That on the Day of Atonement a synagogue was shot at hits us in the heart,” Foreign Minister Heiko Maas wrote on Twitter. “We must all act against antisemitism in our country.”

Rifat Tekin, who worked at the kebab restaurant, said he was making a sandwich for two construction workers when a perpetrator threw an explosive at the restaurant before shooting.

“He was very calm, like a professional,” Tekin told n-tv television. “He didn’t say anything. He just kept coming and shooting... I was hiding behind the salad counter.”

Another witness, Conrad Roesler, said that when the attacker started firing at the restaurant, “I hid in the toilet.”

Broadcasters showed images of the alleged perpetrator dressed in combat garb including a helmet.

In Berlin, politicians advised police to step up security at Jewish institutions in the capital.

The attack elicited expressions of shock and concern by leaders in Israel and around the world.

Prime Minister Benjamin Netanyahu said the event is another indication that antisemitism in Europe is on the rise. Netanyahu called on the authorities in Germany to “continue working with determination against antisemitism” in the country.

Foreign Minister Israel Katz added that it brings to mind the “darkest periods in Jewish history.” Katz called on Berlin to “step up the fight against antisemitism and do everything to prevent this type of phenomena and to bring justice to the perpetrators of the crime.”

He said these incidents serves as a clear reminder of the need to quash antisemitism “by force, deterrence and by uprooting its cause – antisemitic hate information.”

President Reuven Rivlin said he was “stunned” and “pained” by the murders.

“I call on the leaders of Germany and the Free World to bring the full force of law against antisemitism and its results,” he said. “We will continue to campaign for education and remembrance in the fight on antisemitism, which raises its head again and again in Europe and across the world, based on a the clear understanding that it is not a problem of the Jews alone, but threatens to destroy us all.”

Jewish groups and world leaders expressed similar sentiments about the attack. Germany’s Bild newspaper reported that a hand grenade was also thrown into a Jewish cemetery following the shooting.

World Zionist Organization vice chairman Yaakov Hagoel condemned the attack and what he termed “relentless antisemitism” on the holiest day of the Jewish calendar. This should “turn on the red light for all European governments. We will not silently discuss this event.”

Hagoel made it clear that the WZO is in contact with the community and will help with everything needed.

American Jewish Committee CEO David Harris sent out a tweet on the holy day, despite Yom Kippur being a day in which observant Jews do not use electronics. His response: “Pray for the victims,” he tweeted, adding the attack came comes only days after a knife-wielding terrorist tried to enter a Berlin synagogue. “As we’ve been warning for years, #antisemitism is real & lethal.”

“It is heartbreaking to learn of yet another attack near a synagogue, this time on Yom Kippur, the holiest day of the year for Jewish people,” the organization said. “We will continue to monitor this devastating situation as we mourn those lost and pray for those who are affected.”

The ADL said it was “particularly grateful to those in law enforcement who help to keep our houses of worship and communal institutions safe and secure on this day and every day, in the US and around the world.

CEO Jonathan Greenblatt tweeted: “Today we mourn those lost in Pittsburgh, Poway and now Halle. Pray for the victims & their families.”

Chairman of the March of the Living, Samuel Rosenman, said the attack should serve as a wake-up call.

“The whole of Europe [needs] to wake up and acknowledge that it is not doing enough to eradicate antisemitism,” he wrote.

“The Kristallnacht signs lift their heads without fear or shame. The German chancellor must order a multi-year educational program throughout Germany.”

Germany’s ambassador to the US said the news of the attack was “shocking” and “heartbreaking” and said that “Germans mourn the victims of this infamous crime.”

The terrorist attack on the Halle synagogue comes days after an attempted attack by a Syrian man on the Berlin Jewish community center and synagogue in the district of Mitte. The man, who was armed with a knife, shouted “Allahu akhbar” and “F*** Israel” as he sought to enter the building.
In the southern state of Bavaria last week, an Arabic-speaking man tossed a rock at the head of an Israeli woman after he heard her speaking Hebrew.
Etiketler: HALLE ANTISEMITISM ATTACK