A new Church is going to be built in Istanbul 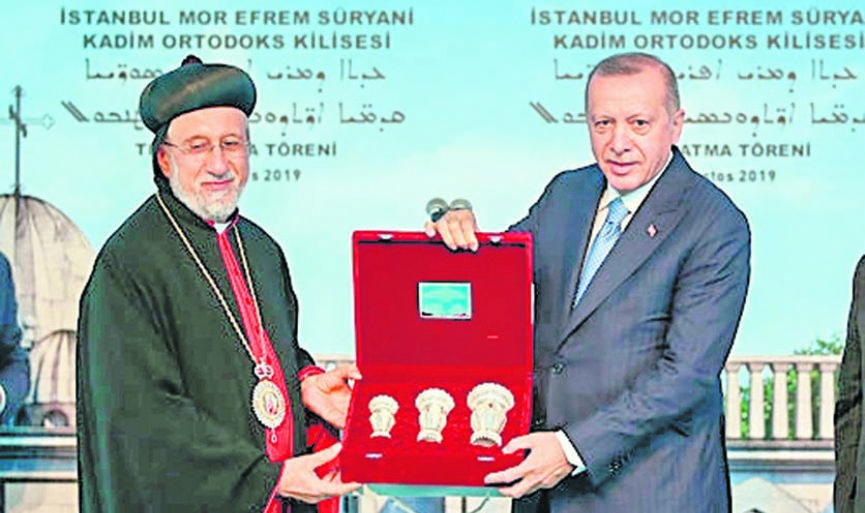 I was really happy to have the chance to watch on TV, President Tayyip Erdoğan’s speech during the sod-turning ceremony of a new church in Yeşilköy, Istanbul. I was really happy that a permission was granted to build a new church in our country. I am very happy that the Syriac Christian Community in our country, that have a population of nearly 18,000 people, will finally have the chance to pray in their own church.

No one in our country can say that, neither in the old Ottoman Empire times nor during the modern Turkish Republic times, whatever their religion may be, nobody's right to worship was limited or prohibited. However, we cannot talk about the same tolerance concerning especially the construction of new churches. In many of our cities there are a lot of old and partly ruined Greek, Armenian and Catholic churches. As far as I know instead of building new ones, restoring these with a permit is much easier.

I think this permission is a turning point. This permission being given to the Syriac Orthodox Christian Community, is a right for them. It is really important that this was seen appropriate by the rulers of our country.

I couldn’t be at the sod-turning ceremony even though I wanted to so much. I will have to wait for two more years to attend its opening ceremony. I could see and read the happiness on the faces of the Syriac Metropolitan Bishop Mor Filiksinos Yusuf Çetin and the Community and Foundations President Sait Susin, whom I’ve known for years.

I want to emphasise the name of the church here once again: Yeşilköy Mor Efrem Syriac Orthodox Church. It is also said that because previously a Latin Catholic Church was on the land where the new church is going to be built, this permission was granted easier.

Well my honorable friends, may your new church bring fortune and happiness.