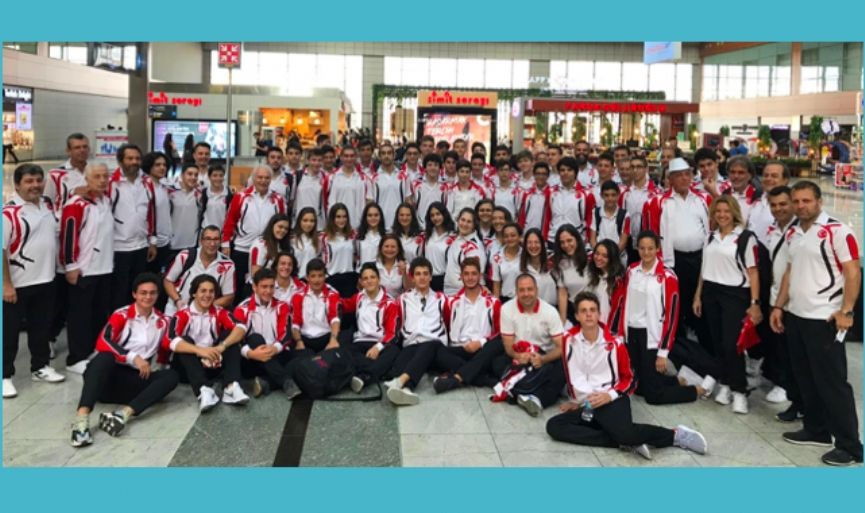 Maccabi Games, “All together, winning together.”

2300 athletes from 42 different countries are attending the games in Budapest, this year. German team with 297 athletes is the largest delegation of the Maccabi Games. The oldest player of the games is the American Bridge player, who is 86 years old. The youngest player this year, is the 10 years old Chess player from Lithuania.

The official opening ceremony of the games took place on the evening of July 30th, in the Hidegkúti Nándor Stadium. President of Hungary, János Áder in his opening speech of the event, wished all the athletes “noble fights and memorable moments”.

During Maccabi Games, athletes will compete in a variety of disciplines, ranging from the classic Olympic sports such as swimming, football, and cycling, to more eclectic sports such as futsal, bridge, and chess.

A CROWDED TEAM FROM TURKEY

The crowded Turkish team of 100 athletes left for Budapest on Monday morning. Our team that started competitions in various games, have already started getting triumphant results. We started the European Maccabi Games with joyful news. The Masters (Veteran) Futsal Match that was played on Tuesday, July 30th, between the host Hungary and Turkey, was won by our team with a crashing result of 5-2. Our tennis player Roksi Franci won her first match she played with her German opponent.

IMPORTANT WINS AND A GOLD MEDAL FROM OUR VOLLEYBALL TEAM Our Volleyball Team beat Israel in their first match, 2-1 and they received the first gold medal of the Turkish team. Turkish Junior Volleyball Team, which played against Spain for their first match, won with a score of 2-0. Turkish Junior Futsal team had a tie of 2-2 with Spain in the first match they played.