We talked with HDP MP Garo Paylan who has recently attended Turkeys Current State and Minority Rights Conference in Paris as a guest speaker about minorities in Turkey and being a non-Muslim MP.
Pınar Kılavuz EKERBİÇER / Paris
SHARE ON TWITTER SHARE ON FACEBOOK 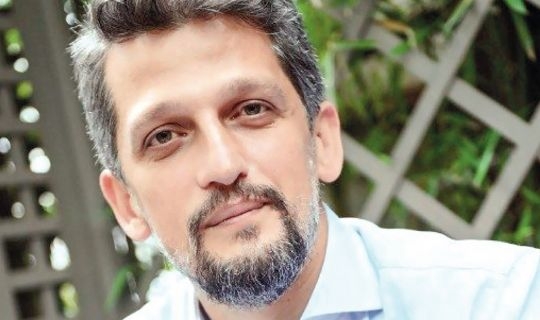 There are no Jewish MPs in the parliament. As a member and an MP of a political party that defends pluralism, how do you see this?

You don’t need to be an Armenian in order to defend Armenians’ rights. I can pick one of my many friends at the party as a proxy for defending my identity. On the other hand, that person could be an Armenian, but rather than defending your identity, he could embarrass you.

I, personally view all these ideologically. Do you believe in equality? Can you defend your own people’s identity and honor? Furthermore, would you be willing to fight for equality for the sake of not just your own people, but for all the people? At HDP, we came together as people who believe we would. We wanted to have a Jewish MP, but in my opinion Turkish Jewish Community is not yet as politicized as Armenians. There is a precedent, Jeffi Kamhi we know, but he was not able to really politicize his own community. He couldn’t highlight his community’s problems.  Of course, 1990’s were tough years. I can relate to him.

As Armenian community, we became politicized after Hrant Dink’s murder. We are stepping forward as his generations. For instance, I was a businessman. The day Hrant Dink was murdered, I was no longer a businessman. The idea to fight for justice for him and the Armenian community politicized me. Certainly, Jewish Community should encourage its members to become political candidates and make their political requests more visible. As HDP, we are ready to do this, but I’m not sure how ready is the Jewish Community.

In Turkey, the Armenians, Jews and other minorities are once again living perilous days. I believe, the state of “a pigeon-like unease “as Hrant Dink called it, is back on. We are just a few people facing the risk of assimilation in the big crowds.

Do you also deal with the problems of the communities that has no representatives in your Party? Are there any specific projects you are working on?

Especially during the period our Party was on the rise, we held talks with different people and representatives from the Jewish Community. We were truly hopeful at that time. The fact that pluralistic statements and expressions prevailed, relieved all the people. It was a peaceful climate. There were pluralistic statements and expressions. My finding a solution for just the Armenian issue does not mean anything. The important thing is to materialize a general paradigm that could solve everyone’s problems.  As HDP , we dreamt of this, but faced hostile expressions. The word Armenian is once again being used as a swear word. The same thing happens to a Jew, on another day. Today, we might not be sworn at due to our own identity and the system might not be targeting you, but as long as we allow it will come back. Everyone, except Armenians and other minorities, momentarily assumed they were in power.

In today’s Turkey, how freely can non-Muslims practice their faith? Do you believe the government and government agencies are treating everyone’s religion and faith fairly?

Point in case, we have recently discussed the budget of Turkish Directorate of Religious Affairs. In these times, we still have an institution such as Directorate of Religious Affairs and the state allocates a significant amount of budget for it. That budget consists of all our taxes and is used only for Sunnis’ shrines. This, of course is not fair.  Our Seminary is still closed and Jews are at a pigeon-like unease. These are indications of the situation in hand.

According to their point of view, they are the main ones, we on the other hand are people who are being tolerated. If we are ‘Good children” we are tolerated, if we have any objections or oppositions, we are labeled as “traitors”. At a meeting with the Minister of Education, I made a suggestion: For the last four generations, we are truly lost generations since we have been raised with the idea of hostility and marginalization. The new generations should learn about discrimination. There should be courses on discrimination, different cultures, faiths and ethnicities. A pluralistic culture should prevail. Majority of the 74 million in Turkey do not even know what a Jew is.  That majority sees Jews as a power that rules the whole world and as the source of all evil. Up until five years ago everything was going smoothly. Then came the “One Minute” incident. After that incident, “Israel is an Enemy” perception was formed. Now when you look at it, there is a reversal. These are insincere conjunctural moves.