With This Film, A Part of My Grandfather Will Always Be with Me...

The young film producer Ben Molina who received the award ´Best Jewish Short Film´ in the IFA ISTANBUL FILM AWARDS with his anime film ´Half a Saba´ about his 93-year-old grandfather of Turkish origin, is defining himself as ´an Israeli with Turkish heritage´. His grandfather´s story consists of many memories, from the hardships he had encountered while he lived in Gelibolu as a Jew, to his duties in the Turkish army. In the film that is completely in Hebrew, there are also some words in Turkish and Ladino.
Dora NİYEGO
SHARE ON TWITTER SHARE ON FACEBOOK
December 21, 2020 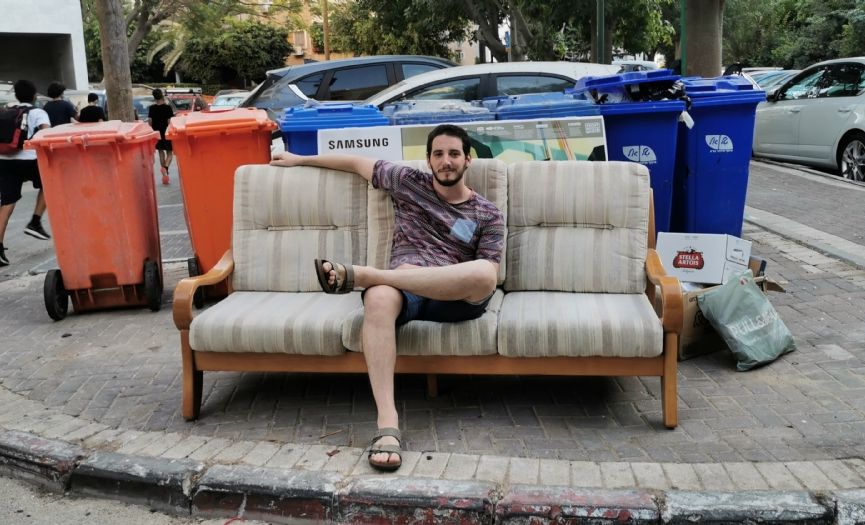 The 28-year-old Ben Molina used to be an animator and lives in Tel Aviv. Molina who has graduated from the Design Department of Shenkar College, studied illustration and animation and has been making anime movies for the last four years. We talked about ‘Half a Saba’ with him.

How did you get the idea to make the animated movie 'Half a Saba'?

The idea came to me during the interviews I had with my grandfather whom I was named after. When I was small, I used to sit on his lap while he told me his memories of his old life in Turkey. It has been more than ten years since my grandfather’s memory loss started. I thought that I had to record these stories. Both his stories and his way of speaking were emotionally so strong that I decided to make a movie about him.

Would you tell us about the movie’s subject? Why did you choose a name like this?

While searching for a name for the movie, I tried to find one uttered directly by my grandfather. He has told me so much... Part of it was absolute nonsense, another part was jewels of wisdom. I looked for a sentence with the essence of the movie. My grandfather gave me this name. One time when he was apperceptive he said, “When you listen to my stories, you also become Half a Saba”. With this film, a part of my grandfather will always be with me.

Who advised you to join the IFA Istanbul Film Awards? How was the result?

When I finalized the film, I started sending it to festivals like most producers do. Sending it to a festival in Turkey was a priority for me, and luckily, I have found out that IFA had a category special for Jewish films. In the film, my grandfather talks about how they had been expelled from Gelibolu with his family. To win the ‘Best Jewish Short Film’ Award has been a great honor for me. 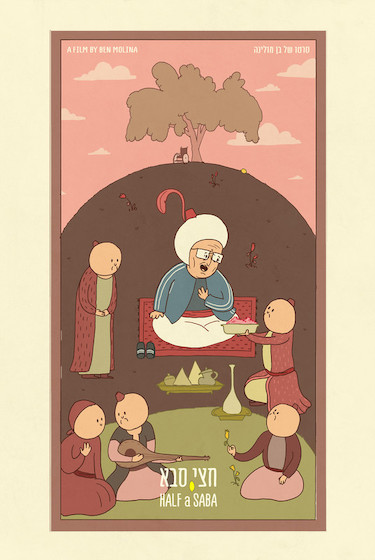 Do you plan on attending other festivals with this film?

The film has been accepted into twelve festivals until now, and I hope it gets accepted into more. Since the film is completely in Hebrew, I wasn’t sure whether it would pass the language barrier or not. It honors me to know that people from all around the world will be able to hear my grandfather’s stories.

Have you attended any film festivals in Israel?

Yes, two festivals; one in Tel Aviv, the other in Nazareth.

Could you tell us about your previous anime films and their subjects?

I’ve also made a few short films before. My last film was ‘When I Met God’... While this film searches for the place of God in my life, ‘Half a Saba’ struggles with death to find the meaning of life. In a way two of them are very different, but in another way, both films are about our constant need to answer universal questions.

What are your thoughts on your Turkish heritage? Have you ever been to Turkey? Do you speak any Ladino?

I’ve been to Turkey three times, but I’ve never been to Istanbul where my dad had grown up. I must admit that I had been indifferent to my Turkish heritage for a long time. Making this film made me connect to Istanbul, where my father had been born in. It made me think about the chain I’m a link in. I understand Ladino a little, since my father and his parents always spoke in Ladino, but I cannot speak fluently. In March my film will be screened in Istanbul, in the yearly event of the IFA. I want to be there on that date, but I highly doubt it due to COVID-19.

What can you advise the young people who would like to get educated and work in your field?

Always present your work. Many young artists are worried about showing their work to others. They can share their work in online media. This would help them establish new connections with other artists and provide them with great benefits. I’ve met many people through Instagram, Facebook, and even LinkedIn.