Turkish Democracy is Down, But not Out

Relations between Turkey and the West are damaged, but not irreparably, and the same is true of Turkish democracy. Although President Recep Tayyip Erdoğan seems to believe that his countrys geostrategic importance gives him carte blanche, the fact is that Turkey needs the West, and the West needs Turkey.
SHARE ON TWITTER SHARE ON FACEBOOK
August 23, 2019 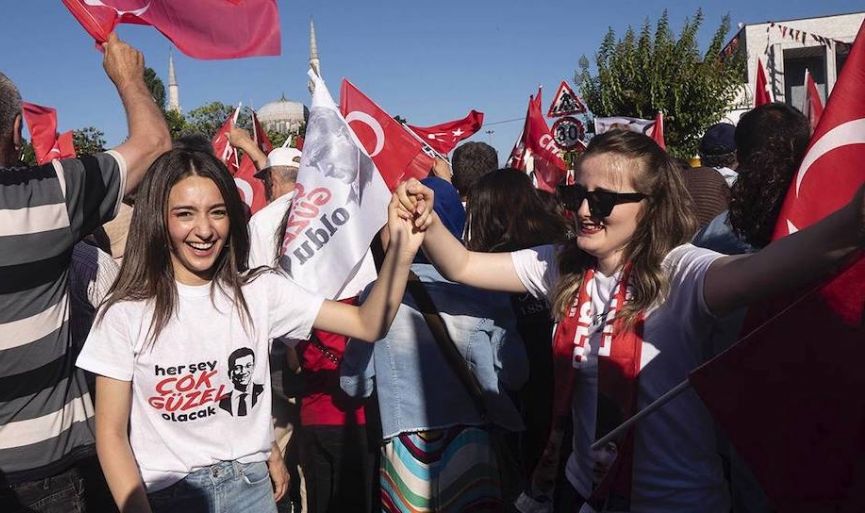 MADRID – Relations between Turkey and the West are clearly going through an extremely delicate phase. Under President Recep Tayyip Erdoğan, the Turkish government is pursuing an increasingly volatile foreign policy and presiding over the continued erosion of democratic norms at home. The widening schism between Turkey and its nominal Western allies is further proof of the decay of global cooperation. And yet that process is not irreversible.

The latest setback stems largely from Turkey (a NATO member) purchasing and taking delivery of a Russian S-400 anti-aircraft missile system. NATO considers the S-400 to be incompatible with its own systems, and the United States believes its presence will compromise the security of its new F-35 fighter, which Turkey has expressed an interest in acquiring. In retaliation, the US government has expelled Turkey from the F-35 consortium and is contemplating imposing sanctions.

Erdoğan, meanwhile, has done little to calm matters. His threats of military intervention in northeast Syria worry the US, which has tried to buy time with a vague preliminary agreement with Turkey to establish a safe zone. Kurdish forces, which dominate the region in question and played a key role in the fight against the Islamic State, now must hope that US President Donald Trump won’t leave them in the lurch.

Tensions between Turkey and the European Union have also spiked, owing to the Turkish government’s recent decision to send drilling and exploration ships in search of new hydrocarbon reserves around Cyprus. The EU, alleging that Turkey’s actions violate international law, has imposed sanctions. In response, Turkey has announced the suspension of the 2016 agreement under which it had been stemming the flow of refugees into the EU. Although the deal’s practical effects are now slight, it is symbolically important for having breathed new life into the EU-Turkey relationship, albeit briefly.

That relationship has deteriorated sharply since 2005, when Turkey (with Erdoğan as prime minister) began its EU accession negotiations. Back then, Turkey had just abolished the death penalty – a prerequisite for EU membership – and approximately 60% of Turkey’s citizens looked favorably on European integration. Today, however, Erdoğan advocates reinstating capital punishment, and less than 40% of the Turkish population favors accession to the EU.

The stalling of Turkey’s EU accession process reflects several factors. After welcoming ten new members, mostly from Central and Eastern Europe, in 2004, the EU succumbed to a sort of “enlargement fatigue” that was aggravated by the 2008 global financial crisis (only Croatia has since joined the EU). During this time, the European project entered a more introspective phase and, bewilderingly, an ethno-religious interpretation of European identity began to take hold. The Turkish writer and Nobel laureate Orhan Pamuk lamented that Europe was “turning away from Turkey.” For ardent Europeans like him, the Great Recession was the prelude to the Great Frustration.

Meanwhile, Erdoğan was busy consolidating his power, a seemingly limitless task that continues to preoccupy him to this day. His tightening grip on the state has led to the erosion of many of the basic pillars of Turkish democracy, such as freedom of the press. Although the EU has condemned this trend, there is no denying that illiberal governments have emerged within the bloc itself. After a controversial 2017 referendum in which Turkish voters narrowly endorsed a shift to a presidential system, one EU leader broke ranks to congratulate Erdoğan: Hungarian Prime Minister Viktor Orbán.

Like Orbán, Erdoğan specializes in bold moves aimed at mobilizing public opinion in his favor, even when this means performing a volte-face. The West has not been the only party injured as a result of his wayward behavior. Erdoğan’s pretensions in Syria, for example, have done away with his government’s earlier policy of “zero problems with the neighbors.” And at home, his increasingly personalized rule has taken a toll on Turkey’s economy, impoverished public debate, and left the public deeply polarized.

Yet, despite all this, Turkey remains a dynamic and pluralist society, with an extraordinarily resilient democratic spirit. This was illustrated by the outcome of the recent rerun of the municipal election in Istanbul, ordered after Erdoğan’s Justice and Development Party (AKP) was narrowly defeated in the original vote in March. Relentless and tireless, Istanbul’s citizens returned to the polls en masse in June and gave Ekrem İmamoğlu, the main opposition candidate, an irrefutable victory. Thanks to a positive campaign loaded with cross-cutting messages, İmamoğlu won the AKP’s most emblematic stronghold, which the party had governed since Erdoğan himself became mayor in 1994. The president’s dictum that “whoever wins Istanbul wins Turkey” has a very different implication today.

Much like the state of Turkish democracy, relations between Turkey and the West are damaged, but not beyond repair. Erdoğan seems to believe that his country’s geostrategic importance will allow him to continue pulling the cord without snapping it. But he does not have carte blanche: after all, Turkey also needs the West. The fact is that the two are condemned to get along; there are plenty of shared challenges, and thus also opportunities for cooperation. The discoveries of gas reserves in the Eastern Mediterranean may yet provide an incentive to restart peace negotiations in Cyprus, while giving a new impetus to EU-Turkish rapprochement.

Turkey’s attitude toward the West will not become more constructive overnight. But the potential for such a shift is there, as recent – and not so recent – political developments have shown. Let us remember that Turkey’s earlier pursuit of the European dream brought the likes of the Islamist Erdoğan and the secularist Pamuk closer together, despite their deep differences.

Unfortunately, that dream, along with everything it represented, has been deferred for now. But it will never be too late for Turkey to bet on unity – and on European unity.