WHY WOULD THE MOSSAD HELP ERDOGAN COMBAT TERRORISM? 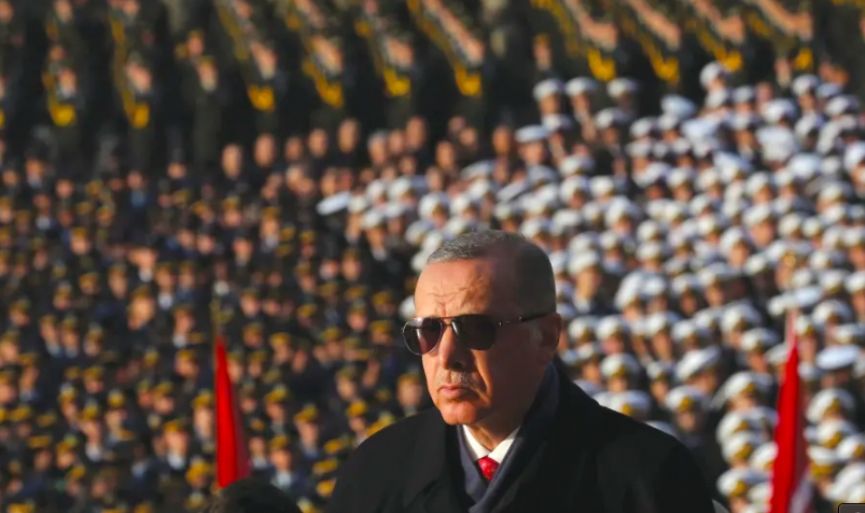 How should one react to sensational reports by Channel 12 late Tuesday that the Mossad has not only helped countries around the world to avoid terrorist attacks from Iran and ISIS, but has specifically helped Turkey?

Maybe this might have made sense before May 2010, when Turkish President Recep Tayyip Erdogan took a sledgehammer to Israel-Turkey relations. But since then, Erdogan has allegedly actively assisted Hamas against Israel, and supports Iran in most geopolitical disputes.

True, in June 2016, Israel and Turkey officially mended relations, but in many ways Erdogan still acts as an enemy or rival of Israel.
So what are the chances that the Channel 12 report is accurate – and if it is accurate, why would the Mossad help someone like Erdogan?

Speaking to a number of former intelligence and defense officials, The Jerusalem Post found that no one wanted to speculate about the truth of the report, but they were willing to explain the logic of assisting Turkey, presuming the report is true.

While it would be difficult to find out whether the report is true, there is an increased probability that it is, since it matched a public statement by Mossad director Yossi Cohen last week in which he said that the agency had helped thwart around 50 terrorist attacks worldwide, including by ISIS.

In terms of Israeli motivations, some former officials said that Israel is committed to fighting terrorism at all times and all places, regardless of whether the targeted country is an ally.
Besides that principled reason, officials suggested that giving such aid to block terrorist attacks can lead the targeted country to think of Israel as an irreplaceable partner for combating terrorism.

The sources commented that whether such gambles paid off was always a question.

Alternatively, Israeli-Turkish intelligence and defense cooperation under the radar may be better than one might think, and such assistance may be a small example of ongoing cooperation in specific areas.

In another scenario, the dating matters. The report was vague about when during the last three years the alleged 12 attacks against Turkey were set to occur. But if any of them happened before June 2016 – when Jerusalem and Ankara signed a deal restoring diplomatic relations – Israel may have issued warnings to help sweeten the atmosphere toward the diplomatic deal.

Whether Israel got repaid somehow by Turkey or not, such a gamble from a strategic perspective – before a deal or even right after to try to help boost the deal – would make a lot of sense.

If some of the attacks were prevented after Erdogan resumed public attacks on Israel even after the deal due to the ongoing Gaza border conflict, this would be harder to understand – other than based on the idea that Jerusalem fights terrorism at all times and in all places.

Finally, why would the Mossad or some defense official leak this information now?

Cohen’s speech last week also claimed that the Mossad had helped improve diplomatic relations with Oman, something that brought a partial denial by the Arab country.

It is possible that this latest leak is meant to distract from that controversy – or maybe it is part of an ongoing, concerted campaign to show how influential Israel and the Mossad have been in the region following the Bahrain regional peace conference.