Şalom Editorial: "We Will Go on Calling for Peace" 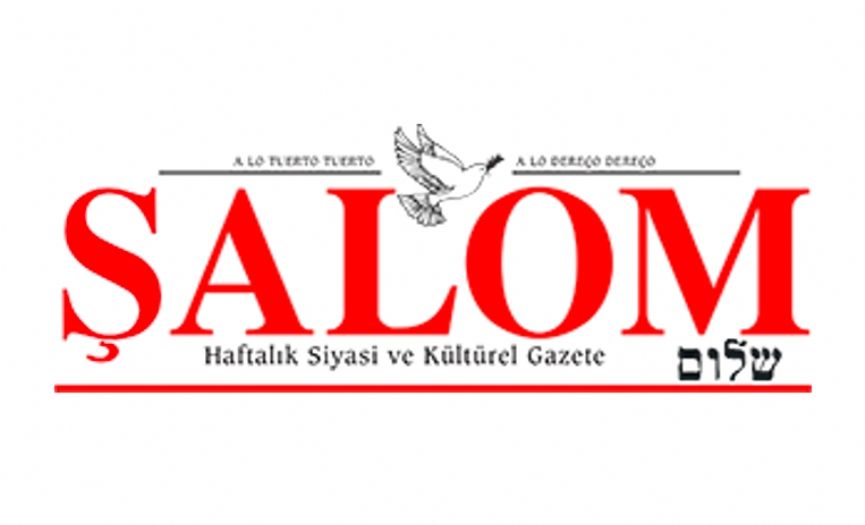 As a result of the fourth elections held in two years, when Benjamin Netanyahu's party Likud had failed to provide the necessary majority to form a government together with the adherent parties, President Reuven Rivlin would hand over the task to the opposition leader Yair Lapid, and the hope of forming a government without Likud or Netanyahu would appear many years later.

The coalition which would be formed with many parties from Israel's right-wing, center, and left-wing and that would leave Netanyahu out, would probably get an Arab party's support -either from inside or out- for the first time since the establishment of Israel and thus maybe springing a peace atmosphere as never before.

But it didn't, it couldn't. Because the result of a lawsuit that had been going on for 10 years concerning a land dispute in Sheikh Jarrah which is located at the east of Jerusalem and is known as one of the richest districts of the region, for some reason would coincide exactly with the month of Ramadan and the four Palestinian families whose houses the Israeli courts had decided that would be evacuated, would start to wait for the final and definite verdict of the Israeli Supreme Court on May 9th. However, as a result of the reciprocal provocations of both communities, the atmosphere would become extremely tense, and Palestinians' rightful anxiety and subsequent anger caused by the probability that a negative conclusion of the final verdict would then create a precedent for other disputable lands, would surface.

Meanwhile, when Israeli police would intervene too harshly, and during the month of Ramadan, in the protests on this issue, conducted after the prayer in the Al-Aqsa Mosque, all hell would break loose.

Then when Hamas, who had never missed an opportunity like this, would launch rockets to almost all the cities of Israel regardless of an objective and especially targeting civilians, the army under the command of the Netanyahu government would bomb Hamas targets, like they had done many times before, financial losses on the Palestinian side would reach enormous proportions and as of today 232 Palestinian of which 61 were children, 10 Israeli of which 2 were children would die.

The killing, murdering, loss of especially the children who mean everything to their parents, causing them traumas unlikely to be healed, and the death of the civilians would be unacceptable enough to create a sense of horror.

Unfortunately, it was a pity. The hopes of peace and stability would fall into oblivion, the poor people of Gaza would find themselves amidst bombs, the Israeli people would spend their nights in bomb shelters under the continuous rocket fire, and an internal fight that had not been seen for a long time in the country would surface.

Israel who had assumed that it would easily rule the Arab citizens by providing them jobs and food, for the first time would face a striking reality, Arabs and Israelis would start fighting especially in some cities where the two communities have been living together, and the raging revolt of the Arabs that led to the burning of synagogues, would spread.

And trying to understand this riot would have to be the primary job of those who are ruling Israel.

Fortunately, it would be some consolation to see the situation under control for the time being.

It should be mentioned that, during the pandemic, 40 percent of the healthcare professionals in Israeli hospitals were Arab citizens. Nearly 2 million Arabs who are Israeli citizens are living in Israel...

The website of ŞALOM that is providing news of the region as it is, without selection, was cyber-attacked on Thursday, May 13th. Also, some people from our community were attacked verbally and were shown as targets.

It is heartbreaking that Şalom, the only 73-year-old newspaper of the Turkish Jewish Community, that has nothing to do with the events, was attacked like this.

The immediate sensitivity of our state in the face of these attacks and the measures they took have relieved our sadness a little bit.

We filed a criminal complaint to the prosecutor's office.

Our belief that the cybercriminals will be found and be punished properly in no time is intact.

We will go on saying "The Only Way is Peace, Shalom, Salaam", to realize our dreams, even if we are defined as naive and gullible; so that children, civilians, or anyone should not die, should not live with terror and fear and so that people of Israel and Palestine can pursue peace to be able to exist peacefully in two separate states.