"Eli Cohen did Everything out of His Love for His Country"

Israels legendary spy Eli Cohen, who is remembered all over the world again, with the short series being broadcasted on the international platform, also took its place in the Turkish Literature.
Virna BANASTEY
SHARE ON TWITTER SHARE ON FACEBOOK
October 7, 2019 3205 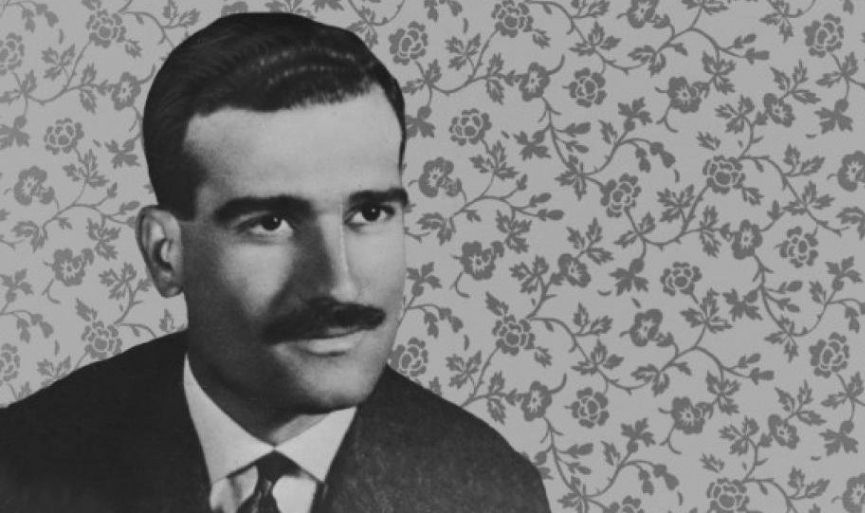 ‘Eli Cohen – Spy (Casus)’ by Samuel Segev is out in Turkish now from Altinordu Publishing. We talked about Eli Cohen and the novel, with Yusuf Süha Sonuç who translated the book from its Hebrew original to Turkish. Your short resume at the beginning of the book is very impressive... But what affected me the most was the part where you worked as a tour guide. I presume you had many interesting experiences. How did you benefit from being a tour guide in Syria, Palestine, Jordan and Israel?

I come from a family who owns a tourism company organizing international tours. Thus, I have traveled abroad frequently since I was very little. Starting from my college years, I’ve been guiding tours to Middle-east countries (Jordan, Palestine, Israel and Syria before war).

During my college years I’ve also been in Europe and joined student exchange programs in England and France.

I’ve always been fascinated by East and its civilization history. I’ve been to Syria, Jordan, Palestine and Israel many times due to being a tour guide. You always discover something new every time you visit this land, because it’s always moving and changing. Political changes alter the people, the cultures and the social structure. This is why you never get tired of seeing the same places over and over again, and look forward to your next visit for new discoveries and changes.

In summary, seeing both the east and west gives you a different perspective and improves your analytic intelligence.

You have translated the ‘Eli Cohen – Spy' novel from Hebrew to Turkish. Could you tell us a little about your learning Hebrew? Did you have a hard time learning this language?

During my studies for the undergraduate degree of International Relations, my master’s and doctorate degree for History of Religons, I have and I still am studying about Israel and Judaism. I wanted to learn Hebrew along with my studies and guidance career. In August 2013 Turkish History Institution (TTK), opened intense courses for some rare known languages including Hebrew. Our Hebrew teacher was M. Mustafa Kulu, who is also an instructor in Selçuk University. Even though the course went on for approximately 6 months, I continued my Hebrew education until February 2016, with private lessons. Therefore, I allocated 3 days a week to learning Hebrew for 2,5 years.

It is hard to learn a new language. While around 20 students were registered in our Hebrew class in Turkish History Institution, we were only 3 people attending the course. The hardest part of learning Hebrew in Turkey is that you don’t get to practice it by speaking. However, this changes when you go to Israel and speak what you have learned; it motivates you and gives you a push.

What affected me the most were his talents and his loyalty. Cohen’s ability to make conversations with people and gaining their trust easily is highly effective. Even though he was pretending to be a rich man, trust is not something you can buy with money. After all he is a person who once became a close friend to Amin el-Hafez, leader of Syria.

Even though Eli is motivated by his hopes of getting his wife Nadia out of the small apartment in Bat-yam, as the wife of an ambassador at the end of his assignment, in fact he’s trying to protect his country from the attacks that might come from Syria. He’s doing this with loyalty.

The surprising thing in Eli Cohen’s story is his going on with his mission, even though he feels the threat of getting caught. In fact, his chiefs also sense the threat, but they want the mission to continue. It is clear that the Israeli institutions that benefit from the intel he’s providing, want the information to continue to flow at the expense of his life. How long did it take for you to contribute this book to Turkish? Did you get anyone’s support in the process of translation?

I first started to translate the book in April 2016 and completed its first draft in May 2018. Namely, I finished the translation approximately in 2 years. When we learned that Eli Cohen’s life would be turned to a series by Netflix named ‘The Spy’, we put the book’s publishing on hold. We planned to publish the book the same week the series would start, and that’s what we did. In fact, I had finished the translation one year ago.

When translating at first it was hard. Because it was the first time I was translating a book and I was translating it from Hebrew. Since Eli Cohen’s story was known by most Israelis, the writer Samuel Segev, wrote some parts without any explanations. I had to do some research in those parts. I had already added a lot of ‘translator’s notes’ and ‘who’s who’ parts for the Turkish reader. There was no one I could ask for help, or a book or a source I could search in, when I got stuck during translation. Segev had passed away. The book had only been translated to Rumanian before. The information in the English or French pieces were either wrong or superficial, because they included fictive parts.

Why do you think the Turkish reader should read Eli Cohen?

It is clear that there is a big group in Turkey, who is interested in Israel, Judaism and Mossad. Eli Cohen’s life is demonstrating that, a spy is not a robot and the spies struggling for their countries, have lives, families just like us. Cohen’s recruitment and the operation sheds light on the decision-making process on the security issues, between the government-Mossad-Israel Defence Forces in Israel.

Besides, it is also possible to say that this novel is telling about the Syrian domestic politics, between the years 1958-1965. The writer who was a former intelligence officer, gives rare, hard-to-find intel about Syria, that can still be benefited in our day. Because of all these, I recommend this book to people who are interested in Israel, intelligence activities, and to those who are curious about how politics work in Syria which is in our agenda with the on-going war, since 2012.