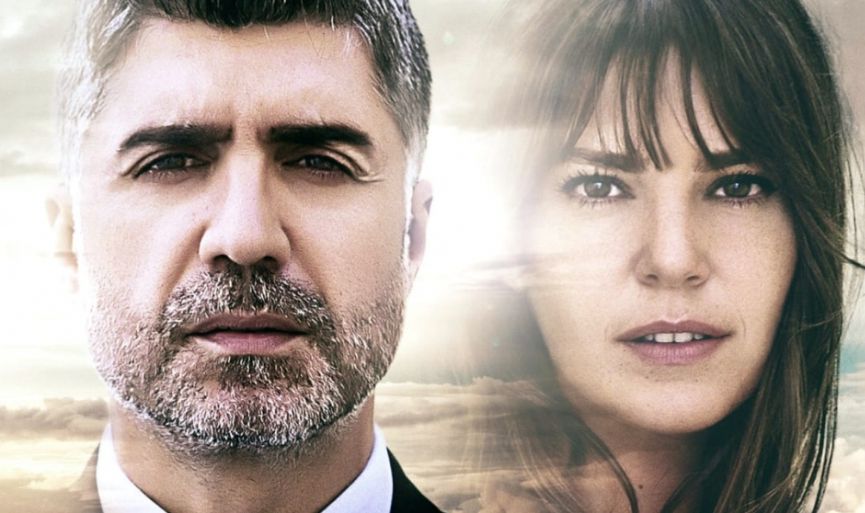 In the five hours that passed from the time I asked to join the Israeli Facebook group “The Bride of Istanbul, for Addicts Only” until I found myself staring at mugs emblazoned with the image of Faruk Boran (Ozcan Deniz, a new Israeli sex symbol), admiring cakes made by group members with his visage sculpted in icing sugar and devouring exchanges of critical information about beautiful Sureyya’s sweaters and where similar ones could be ordered online, more than 400 other lost souls had joined the 67,409 previous members.

The Israeli hysteria surrounding the Turkish drama “The Bride of Istanbul” is at an all-time intensity. Many Israelis have already traveled to the show’s set in the desperate hope of obtaining a selfie with Faruk himself, and con artists reportedly tried to charge tourists $200 apiece for an organized tour that includes a chance to see the set, though this pleasure can actually be had for free and the cast are in fact very friendly.

Still, the administrator of the Facebook group warned “the time has come to stop with the competition of" making it into the estate. "Just like you don’t touch anything in a museum, it’s the same when you go there, especially so."

The addicts tend to pose the same questions to the group: Is Faruk married (Yes, according to Turkish tabloids, but maybe not very happily so); Is it true that he’s Kurdish? (Yes, it’s true); Is the estate real? (No. It was built just for the show. The set is actually an abandoned shoe factory located not in the city of Bursa, as the plot suggests, but on a wooded hilltop on the outskirts of Istanbul).

Hundreds of messages a day, but one image sticks in my memory – Faruk holding a bunch of flowers meant for Sureyya and this comment from one of the group members: “Honey, I’d take you with even a bunch of parsley.” Her friends on the group just want Faruk to come to Israel already and "fill [the amphitheater in] Caesarea."

The cult is growing. First the news shows covered this "phenomenon." Then came the parody on popular satirical show Eretz Nehederet, and on Saturday night Guy Zu-Aretz told "Big Brother" viewers of that he has "a better telenovela" than that of Faruk and Sureyya. Broadcaster Reshet realized that some of the"Big Brother"'s target audience had been distracted by the intrigues, accidents, shootings, betrayals, pregnancies, abortions, heart attacks, nervous breakdowns, fainting spells and weddings on "The Bride of Istanbul," which airs in Israel on the Viva channel. On the "Addicts" group, the consensus is clear: The reality TV show doesn’t cut it anymore. "The Bride" is where it’s at.

In Episode 20, Senem explains to Osman, another mustachioed Boran, the essence of the telenovela: "I haven’t seen it, but what difference does that make? It’s all preordained and they’ll get married." Here in a nutshell is all the magic and appeal that the genre exerts in Argentina or Turkey: A poor and beautiful girl, pure and good of heart, preferably an orphan and, if possible, blind to boot, falls in love with a rich and powerful man and, against all odds, after a few hundred episodes of dramatic upheavals, they marry.

Neo-Marxist criticism suggests the role of telenovelas is to reaffirm the principles of the conservative social order and legitimize this order while totally ignoring the social forces that drive the plot. Poverty is just an individual case from which marriage can set one free; they must behave well (in keeping with petite bourgeoisiemorality) at all costs – and only thus can hope to improve condition and status. In one word: Cinderella.

However, the neo-Marxist view completely ignores the emotional need of tens of millions of viewers to continue consuming this narrative, which has been presented, with slight variations, for thousands of years, in ancient tales, romantic comedies and, yes, in telenovelas. Their popularity derives not from the narrative but from the void that it fills, day after day.

But “The Bride of Istanbul” is not a telenovela. While the story of Faruk and Sureyya seems to be the leading plot thread, this is really a mega soap opera, a “Dallas” meets “The Bold & The Beautiful.” Its main subject, fleshed out in numerous subplots, is the status of the family as a socioeconomic unit versus the desires of the individuals that comprise it. The means: a struggle between conservative values and modernity. This has been the leading political and social struggle In Turkey since the days of its founder Kemal Ataturk. In “The Bride,” this is mainly embodied by the volatile discussion about the status of women within a male hegemony.

Faruk can’t take the idea of Sureyya singing on stage after she has married him. And when the maidservant Bade confesses that she was sexually assaulted by Murat, a member of the aristocratic family, her female boss cries: “What have you done?” Every woman in the series can expect to experience sexual harassment, male violence, abortion or humiliation if she deviates from her dictated position and tires to go about in the world without a real man’s man by her side.

It’s abundantly clear that Zeynep, the sexy and sassy blonde motorcyclist who eats stuffed grape leaves with her hands is an intolerable representation of womanhood. She won’t survive on the estate. Sureyya will give in and not sing, but she will win love. Faruk will be mean and violent to her, but she will forgive him. Fikret will rape Ipek, Omer will shoot himself out of jealousy over Sureyya, Murat will be injured in an accident because of Bade, and “everyone needs to know their place” (as domineering matriarch Esma says), for if not, the weddings will turn into disasters. Hovering over all this is the built-in anxiety of exploitative capitalism: (Male) revenge always entails some type of business rivalry that threatens to dispossess the high-born family of their wealth and their home.

Kitsch? Sure. The violins, the melancholic songs, the meaningful gazes into the camera, the pregnant pauses, the angry shouts, the tears – just like in the Friday afternoon Arab movie broadcasted on Israeli TV some decades ago, which was meant to be watched together, as a family. The slowness doesn't come from some sort of "primitiveness"; it’s a powerful and deliberate artistic choice that allows viewers to collectively comment upon the goings-on without losing the plot. One can be awed or moved to argue and nitpick; either way, it boosts viewers’ emotional connection with the characters as well as interaction among viewers.

Yes, it’s all generic and over the top, but the characters are a lot more developed than in the standard telenovela, with each gradually revealing their “good” side (Faruk the romantic charmer) and bad side (Faruk the violent and jealous schemer). Fate (or kismet in Turkish) is only present as an excuse. It’s really all about karma. Actions and missteps from each character’s past will haunt them in the future, when at each crossroads in life, they’ll have to choose between the conservative outlook and surrender to the family collective, and personal freedom.

The choice also has huge religious implications, for the Boran clan are Muslim-lite. They drink champagne but fast on Ramadan, slaughter a lamb at weddings and never forget to cite Allah. They echo the constant tensions between East and West, between religiosity and secularism in Turkish society, between “free” Istanbul and “traditional” Bursa. And the conclusion is clear: Turkey will never be secular and democratic. Muslim and democratic, maybe? Is there such a thing?

The reality off the set

While filming of the series continued unabated, Turkey was roiled by massive and bloody protests and by an attempted military coupthat culminated in a victory for President Recep Tayyip Erdogan, ongoing severe political oppression and further restrictions on the freedom of expression. On “The Bride”? Nada. This reality never infiltrates the set even for a moment. The only signs of it are in the arguably autonomous decisions made by the characters in their personal lives. But what's “personal” in whether a woman can have a career after marriage, or the statement, “There’s nothing more beautiful than a woman cooking for her husband and children?"

Neo-Marxists can find plenty of material here: Telenovela or not, “The Bride” is certainly a powerful agent of political and religious patriarchal oppression in modern guise, and it is also serving its most immediate purpose: When viewers are glued to the screen, they won’t be out demonstrating, in Istanbul or Tel Aviv.

The Viva channel does not provide figures on the number of viewers in Israel. Why are we so completely hooked on this show, more than with other telenovelas of the past? One reason seems to be that “The Bride” echoes many moments, customs and characteristics of modern Israeli society. It’s not just the total license to be emotionally demonstrative (We once lived under a petrifying Ashkenazi hegemony), but it has to do with the things that get down to the root of our new soul: Mediterranean pop, baklava after memorial services, bridal henna parties and uninhibited sashaying at weddings, the people who say “oof” with a menacing look when they’re angry, the latent violence waiting to erupt at the most peaceful moment – like a mass brawl at a five-star hotel, the burekas consumed when an attack of the munchies hits, the rolling of the eyes heavenward, and even the greeting mashallah that is sure to become ever more common in Israel.

The residents of the estate are beyond parody. The estate is an ostentatiously expensive display of bad taste, the likes of which can be increasingly be seen in local design magazines. The volatile family meals are so familiar from the Friday night dinners on popular television show “Savri Maranan” ("Your Family or Mine" in its American version) and in real life. Even nasty Esma is essentially a wealthier incarnation of Tzipora Aharon, signer Dudu Aharon’s mother, and of the real-life telenovela that captivated Israelis who followed the dramatic ups and downs of his personal life. Like it or not, we’re all a little bit Turkish, deeply stuck in conservatism while believing we’re liberal, knowing that no one compares to mom, family comes first and love triumphs – a hundred or so episodes from now.