In the World Powerlifting Asia Championship, that took place in Bayrampasa, Istanbul, Suzi Avni who lives in Israel and has competed for Turkey, became the Asia Champion in Strict Curl category.
SHARE ON TWITTER SHARE ON FACEBOOK
September 9, 2019 1181 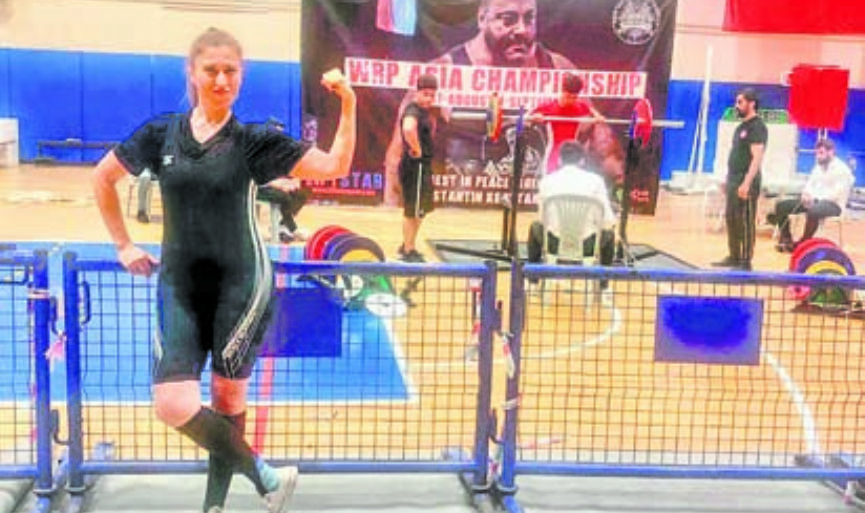 100 athletes from 8 different countries competed in the World Powerlifting Asia Championship, organized for the third time this year. Suzi Avni, who has competed for Turkey, is saying that her interest in this sport emerged from a social media page she was following. Avni, who has been training for this sport with a personal trainer for three years, became the Asia Champion in the ‘Strict Curl’ category.

Suzi Avni received a great interest from the media, after the competition. In her speech with a reprter Avni said “I have started the Powerlifting sport recently. I started following the federation in social media. I wanted to attend the Asia Championship because it is a very successful competition in this field and I became the first. I am very happy and excited. I am also thinking of attending a competition in Israel this year.”

Turkey Powerlifting Federation Manager, Evren Temel added, “This sport has started to gain value in Turkey. We have been practising powerlifting for 7 years. Asia Championship has been organized for the third time this year. We congratulate Ms. Suzi Avni. She is a very successful athlete in our team, she is the champion, again. I wish her a lot of success in her sports life, after this.”