The Quincentenial Museum of Turkish Jews is screening the documentary ´Wherever Life Takes You - Erol Güney´ which will take the audience through an amazing journey from the Russian Revolution to the intellectual environment in Istanbul, to Yozgat, and to Israel of our day, on Sunday, February 14th.
Dalia MAYA
SHARE ON TWITTER SHARE ON FACEBOOK
February 12, 2021 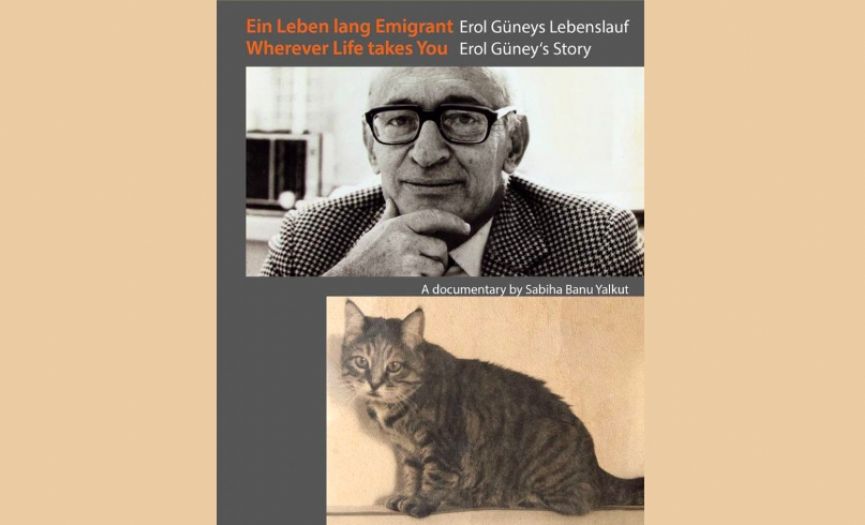 The documentary about a romantic traveler, a real citizen of the world, a journalist, and a translator Erol Güney's life 'Wherever Life Takes You - Erol Güney's Story' will be meeting the audience on Sunday, February 14th. Directed by Banu Yalkut Breddermann, a co-production of Turkey, Israel, and France, the 103 minutes long documentary, while shedding light on Erol Güney's fascinating life story, also brings a fresh point of view to the recent history.

Born as Michel Rottenberg in 1914, as the son of a Jewish family in Odessa, Erol Güney moved to Istanbul with his family after the October 1917 Russian Revolution. Erol Güney who, together with his close friends, Orhan Veli, Sabahattin Eyüboğlu, Melih Cevdet Anday, Nurullah Ataç, Necati Cumalı, and Abidin Dino, was translating the French and Russian literature classics into Turkish from their originals in the Translation Bureau founded by Hasan Ali Yücel, Minister of Education of the time, also won people's hearts for his great contributions in arts and culture.

Güney is also known as being the owner of Edibe, the most famous cat in Turkish Literature, who had been the subject of the famous poet Orhan Veli Kanık's verses:

"If you go out to the street on a spring day / That's how you sit / Right where you lie / You keep on / Thinking and worrying."

Erol Güney was also the brother-in-law of Bella, Orhan Veli Kanık's inspiration, whose life story had been told in the documentary 'Bella's Life' that was premiered two weeks ago by the Museum of Turkish Jews. Following the collapse of the one-party government, and the resignation of the Minister of Education Hasan Ali, with the translation bureau becoming dysfunctional, he started journalism in Agence France Presse. He was denaturalized and deported in 1955 because of an editorial he had written on the issue of the Soviet Union's wanting to have better relations with Turkey. After living a few years in Paris, he spent the final years of his life in Israel. Erol Güney who had also written editorials for Şalom Newspaper for a long time, passed away in Israel, on October 12, 2009, at the age of 95.

To watch the documentary 'Wherever Life Takes You - Erol Güney's Story', which has been awarded the special prize by the Turkish Ministry of Culture and Tourism, via the Zoom event of the Museum of Turkish Jews, you can just send an e-mail to [email protected] The participation is free of charge, however donations by the friends of the museum will be appreciated as the income sources of the museum have been limited during the pandemic.