The Quincentennial Foundation Museum of Turkish Jews is organizing a very special Zoom event on Sunday, January 31st at 18:00. The Jewish Museum will be screening the premiere of the film ´Bella´s Story´ which sheds light on Bella Eskenazi´s life, the same week she is celebrating her 98th birthday.
Dalia MAYA
SHARE ON TWITTER SHARE ON FACEBOOK
January 29, 2021 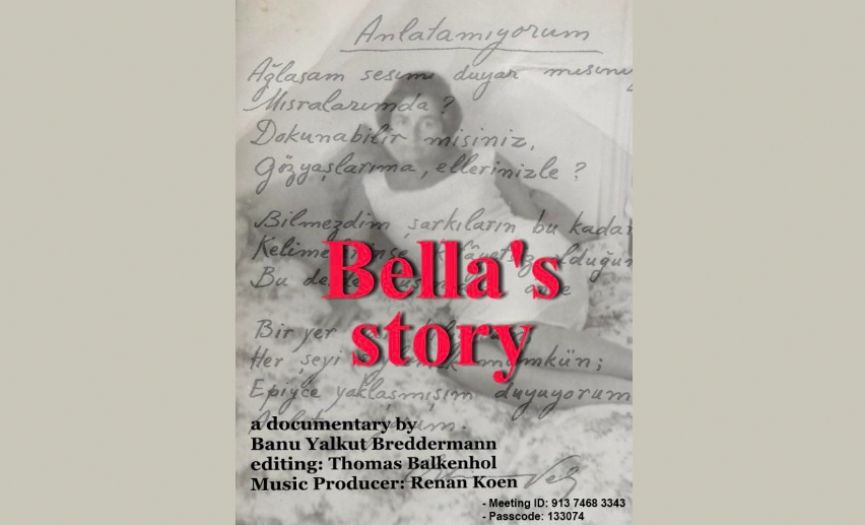 The documentary will be screened in Turkish with English subtitles. To participate in this special event via Zoom you can just send an e-mail to [email protected] The participation is free of charge, however donations by the friends of the museum will be appreciated as the income sources of the museum have been limited during the pandemic.