A Young Man in Love with Different Cultures: Ömer Faruk 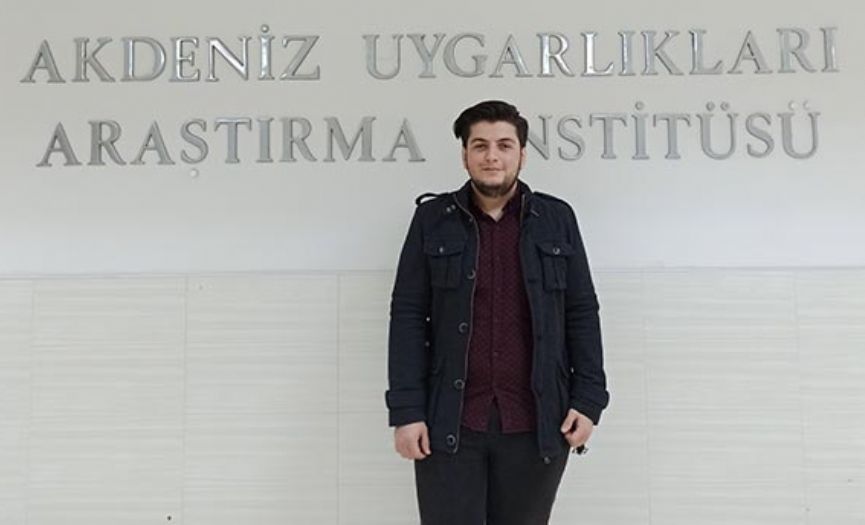 My name is Ömer Faruk, but I prefer to use just Faruk. I was born in Bursa in 1996 and graduated from high school there. I’ve been living in Antalya since 2014.

How did you meet Ladino (Judeo Espagnol)?

Here is how I met the Ladino language and the Sephardic Culture: When I was studying in college, I chose Spanish as the second language. Based on this I preferred to go to Spain for the Erasmus Student Exchange Programme, getting the chance to stay there for 1 year. There I took Spanish language classes. To improve my language skills, I also was listening to music whenever I could.

In a time like this, I came across the song ‘Adio Kerida’ sung by Yasmin Levy. This song was different than the Spanish songs I had listened to in the aspect of dialect, tone, and melody. Another difference was that the word ‘Adios’ I’ve known to mean good-bye, was sung here as ‘Adio’.

I started investigating, thinking this difference might have been caused by the singer’s being from the south of Spain (Andalusia). However, I found out that the word ‘Adios’ that is plural was used as ‘Adio’ that is singular as a result of the monotheist religion, as this song was a Sephardic song and it was in Ladino. Thus, thinking of the land I lived in, I felt ashamed to know so little about the people of this rich Sephardic culture, with whom I’ve shared the same land for more than 500 years. This curiosity made me conduct academic studies and write my master thesis on this subject.

Ever since I was a kid, I had been fascinated with learning about different cultures and languages. I studied German besides English during high school. Learning Arabic letters by myself, I learned to read and write Ottoman Turkish (Turkish with Arabic letters) at a basic level. Now I’m learning Hebrew from scratch, starting with the alphabet first. I think it will help me understand the Jewish culture, besides Ladino.

What was your next step?

I started my master’s program last fall. I watched the series of Ladino classes of Karen Şarhon on YouTube. I did some research and came to know the existence of the Istanbul Sephardic Culture Research Center and how important the work they conducted was. I contacted Karen Gerşon and through visiting the Sephardic Culture Research Center, I received some advice on how to continue my studies and what publications I had to read.

Along with this, I started to expand my library on Sephardic Jews and the Ladino language. Together with Prof. Dr. Arda Arıkan, my student and thesis counselor in the master's program, we are still reading the Ladino book ‘Djoha Ke Dize’ and trying to compose my thesis around this material. I started to write my thesis during the second term.

We met during the last International Ladino Day. I would like to listen to your observations and impressions...

When I had visited the Istanbul Sephardic Culture Research Center, Karen Gerşon invited me to the ‘El 7en Dia Internasyonal del Judeo-Espanyol / Ladino Estambol’ (The 7th International Ladino Day Istanbul) event. I was very excited to attend the event. I got the chance to observe, meet some people from the Jewish community, taste the Sephardic cuisine and practice Ladino.

I also noticed that many people were surprised to see me there, as they were the last generation who spoke and understood Ladino. During the event, İzzet Bana’s Estreyikas d’Estambol choir celebrated its 15th year anniversary. I believe this and events such as this are very important elements for the languages and cultures to be able to stay alive.