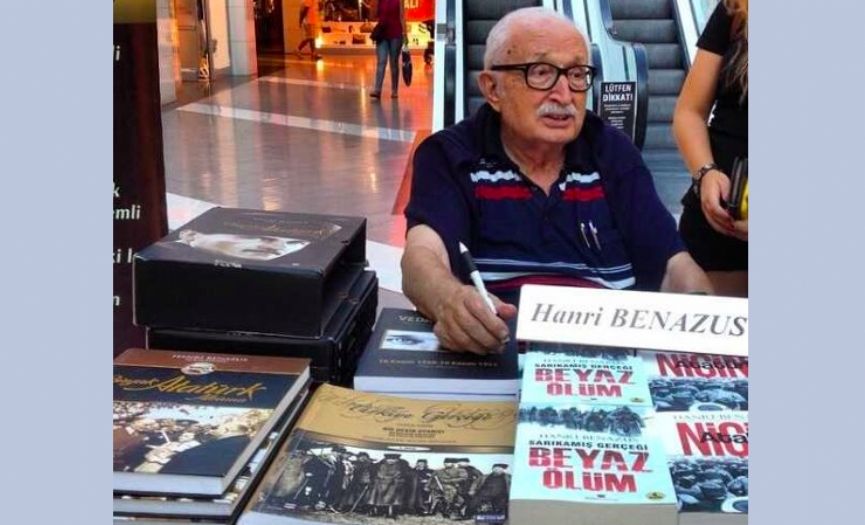 The Atatürk Society of America has decided to reward the Atatürk Award of May 19th, Youth and Sports Festival this year to Hanri Benazus.

Hanri Benazus from Izmir is known for his books he wrote on Atatürk and Republican History and his special Atatürk photography collection. Hanri Benazus, today 91 years old, had sat on Atatürk's lap when he was a little kid in 1937, and had finished the leblebis (a snack made from roasted chickpeas) on his table, and said "I feel myself as Turkish" to the people who asked where he was from when they heard his name.

The Founding Director of the Atatürk Society of America Hüdai Yavalar, in his letter to Hanri Benazus, wrote, "We would have liked to invite you to America and present your award here. However, because of this extraordinary circumstance we are going through, we will be honored to send your award to you via mail rather than present it to you in person. Also, it would make us very happy if you could give a speech during the ceremony our society will hold via the internet most likely."