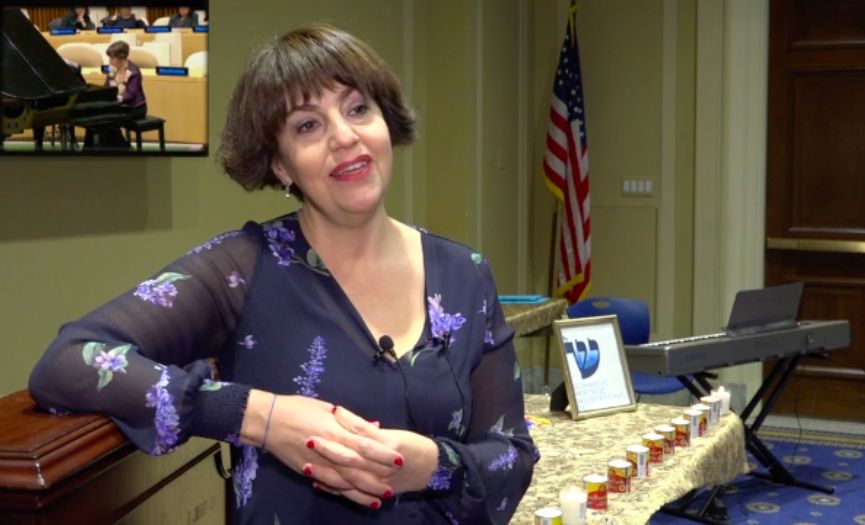 Answering our questions in D.C., Koen said that she has been influenced by composers Pavel Haas, Zikmund Schul, Gideon Klein ve Viktor Ullmann who wrote music despite being captive in the most dire circumstances in 1941-1944 in the Czech town of Terezín that was used as a concentration camp by the Nazi regime.

“Despite of everything, they relied on their own souls, creativity and education to keep on writing music and left the world wonderful pieces of art. They also told us what happened there. I call this positive resistance because they resisted with music despite the great torment,” she said.

Interpreting their music both in Turkey and the world since 2015, Koen also started a unique training, called “Reality of Holocaust and positive resistance,” for young people.

Koen also takes young people who join the training to Terezín Camp. “My only desire is to encourage them to discover their talents and bear fruits,” said.

Among Koen’s latest works is an album that she collected the piano compositions of her instructor Ali Damar.

You can watch the Turkish American TV's video of Congressional Holocaust Remembrance Day and Renan Koen's speech in Washington D.C. from the link below: