David Grossman and ´Understanding the Other´ Despite Everything

Israeli author David Grossman, who criticizes government policies and is known for his pacifist stance, tells the journey of a mother who is worried about the fate of his son who went to war, in his book To the End of the Land published in 2008. To the End of the Land has recently been released in Turkey in Turkish. We talked with Grossman about his book and his views on peace in the Middle East.
Elda SASUN
SHARE ON TWITTER SHARE ON FACEBOOK
October 16, 2019 2158 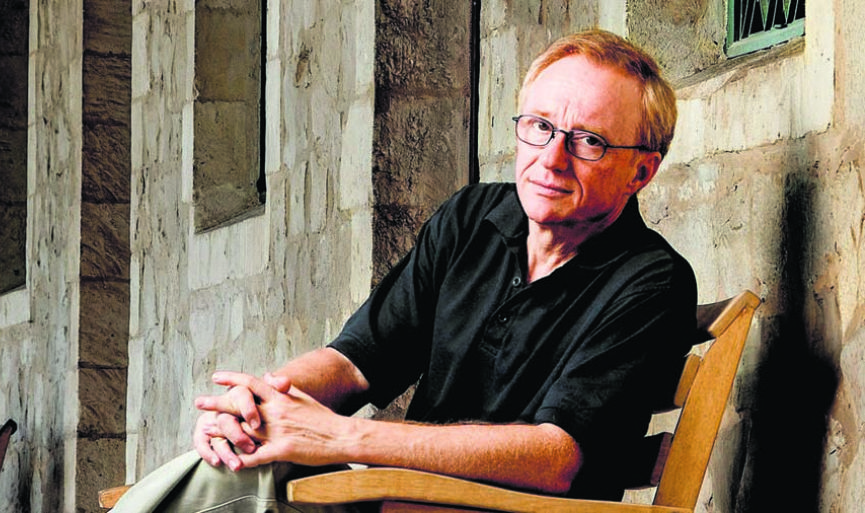 Famous Israeli author/novelist David Grossman was born in Israel, in 1954 as the son of a small family whose origins go back to Poland. Grossman is considered one of the most prominent authors of his time with an impact on Israeli literature. The famous ‘man of letters’ studied philosophy and theater at Jerusalem Hebrew University. His books have been published in many countries in thirty different languages. Among the many prestigious literary awards he has received are ‘Peace Prize of German Book Trade’ in 2010, ‘Man Booker International Award’ in 2017 for his book ‘A Horse Walks into a Bar’ and ‘Israel Literature Award’ in 2018.

With his novel ‘To the End of the Land’, Grossman takes his readers on an emotional journey of a mother who is worried about the fate of her son who went to war. Fiction and facts are intertwined in this emotional story. As fate would have it, while David Grossman was writing this book, his 20-year-old son Uri who was serving in the army during the 2016 Lebanon War is killed after a rocket hits his tank. The day after the shiva (seven days of mourning) ended, the author returns to writing his novel. In his own words this was his way of ‘choosing life’.

Despite this tragedy Grossman is considered among the three most prominent Israeli authors who stand out with their pacifist stance along with Amos Oz and A.B Yehoshua.  In several press conferences, Grossman expresses his thoughts on peace with these words: “Only peace will allow us to lead a better life than today. With peace, we will be able to be much more than we are today.”

While interviewing the author, it was impossible for me to be not touched by his humbleness.

Your previous book ‘A Horse Walks into a Bar’ which was published in Turkey sold 10,000 copies. How would you like to introduce yourself to Turkish readers?

A Jewish Israeli citizen with three kids, and a novelist.

Since when have you been writing?

I’ve been writing since my childhood years. When I was in 4th grade, I found diaries at the back of a closet in my parent’s attic. When we were kids, these diaries were notebooks we wrote celebratory notes and good wishes for the diary owners. Almost more than half of my teachers and friends who wrote in my diary, wrote that when I grew up, I would become an author. For as long as I can remember, when I write I feel good. When I don’t, I don’t feel good. My father started his career as a bus driver and then started managing the library within the municipality’s transportation department. It was almost as if I had my own exclusive library. I could order any book I wanted, I would read a lot and always write.

‘Falling out of Time- Nofel Mihutz le Zman’ was published after the release of ‘To the End of the Land’ which was also released in Turkish. It was a book I wrote after losing my son. It describes confrontation with death and tragic losses. In this book, I confronted the question of how to move on with your life after such a loss.

Despite everything you continued writing. In your opinion, is it possible to be an Israeli author who doesn’t write about politics?

The authors have a single mission: to write a good story. While writing books, novels, none of the authors are obligated to write about politics.  Amos Oz, A.B.Yehosua and I reflected the current situation we are living in and expressed our political opinions based on our own point of views. This stems from our own individual characteristics. When mentioning the current developments in Israel, we also tried to understand them. I was born in this country, in Israel. I am an Israeli citizen. Israel was founded for the purpose to ensure that the Jewish people would finally get to have their own home. We built a home here. I believe this is the home of Jewish people and a place where we can preserve our identities and practice our own values. In the meantime, I ask myself this question: “After 72 years since it was founded, is Israel still our home or is it a fort?” We need such a fort since the region we live in is still hostile and doesn’t accept our right to live in this country. We have an extremely powerful army. Still, I believe we should make peace with our neighbors. An author should also be able to write about the current situation we are in.

How does it feel to live in today’s Jerusalem?

My family and I left Jerusalem 30 years ago. We live in Mevasseret Sion, which is close to Jerusalem. Jerusalem is a city that houses polarized groups of people who live in close proximity. That’s why the tension is high. This city has the potential to be the city of many beautiful symbols. In its 3000 years of ancient history, this city harbored many religions, cultural virtues and faiths. Today, it started to become a city full of polarized groups’ prejudices. In September, I had a chat with a group of Palestinian people, among them a few reporters and artists in East Jerusalem. When talking, along with our prejudices and many sad stories, you suddenly realize that the person in front of you is not the enemy, but a person just like you, who has stories, fears, emotions, worries. You start telling them, how hard it also is for us. We see and feel them as just humans and they see and feel us as just humans. No prejudice. We miss destroying stereotypes. We miss empathizing. We miss being humans.

Do you have any plans for the near future?

I started writing a new novel. I don’t want to give away anything. It’s more alluring when people get curious.