The 2021-2022 Collective Bat Mitzvah Ceremony of the Annette Bat Mitzvah Club, which had been established within the Turkish Jewish Community´s Chief Rabbinate Education Commission (HEGKOM) in 2002, was realized in the Neve Shalom Synagogue on Sunday, May 29th.
SHARE ON TWITTER SHARE ON FACEBOOK
June 7, 2022 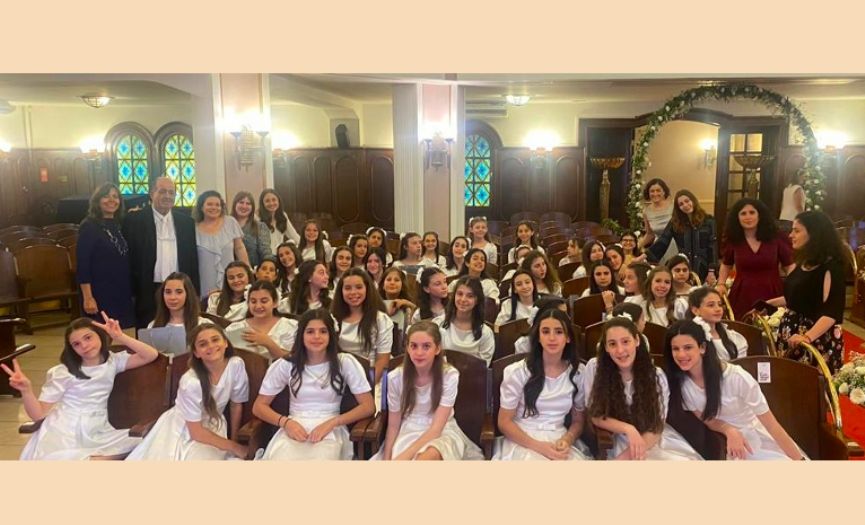 This year forty-three young girls of Bat Mitzvah age, who had attended the Annette Bat Mitzvah Club for one year, participated in the 15th of the Collective Bat Mitzvah ceremony.

The ceremony started with the girls coming into the synagogue hand in hand with their fathers and taking their places one by one, accompanied by 'Boi Kala' sung by the famous singer Cenk Rofe. Following the girls' reciting the Bat Mitzvah prayers in Hebrew and Turkish, the Chief Rabbi of Turkey Rabbi Isak Haleva, while reminding them of their responsibilities of teaching and passing along our traditions as future mothers, gave them his blessings. 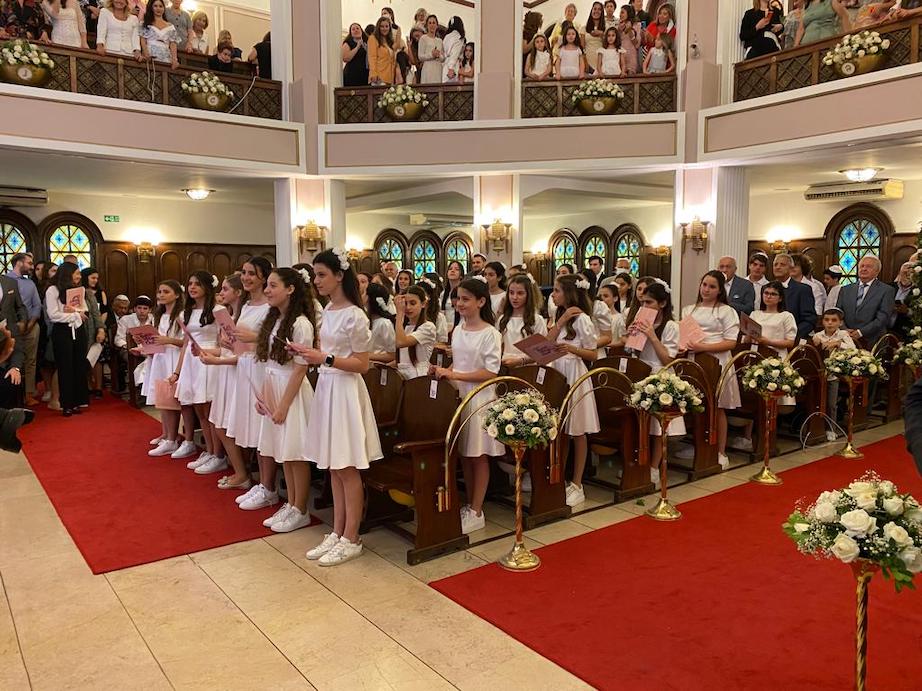 During the candle lighting ceremony, where the successful women of the past and today were told, Annette Rubinstein Talu, after whom the club had been named and whom we lost during the 2003 terrorist attack on the synagogues, was also commemorated. Girls then presented the tzedakah [the charity money] that they had collected among themselves all through the year to Or Yom. After singing the songs cheerfully, the girls also thanked the Music teacher of UÖMO (Ulus Jewish Schools) Tutkum Alkan, who had helped them prepare for this beautiful ceremony.

The President of HEGKOM (Chief Rabbinate Education Commission) Ester Asa also thanked everyone who had contributed to realizing this ceremony and wished the Bat Mitzvah girls Mazal Tov. Asa, expressing that learning Torah was a lifelong education, advised them to keep on improving themselves. The ceremony ended after the girls were presented with their certificates and gift books.