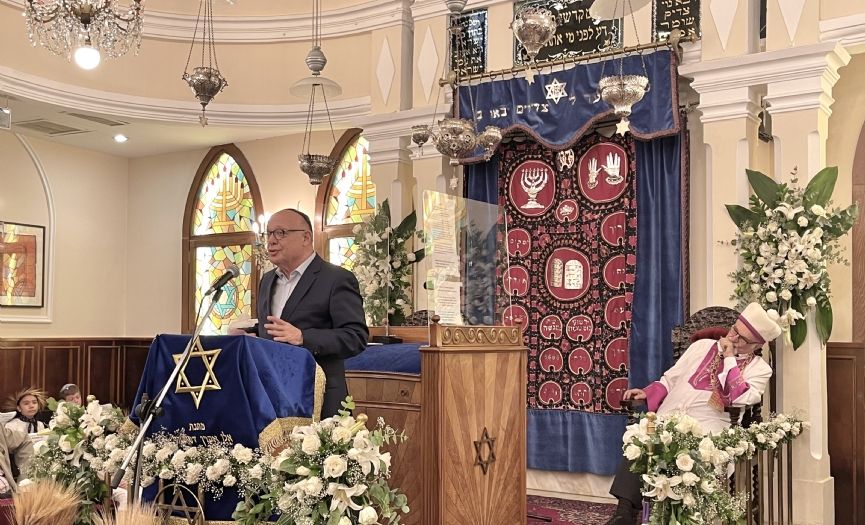 The traditional Shavuot ceremony began with the Chief Rabbi Haleva's entering the synagogue together with children, with the song 'Baruch Haba'. 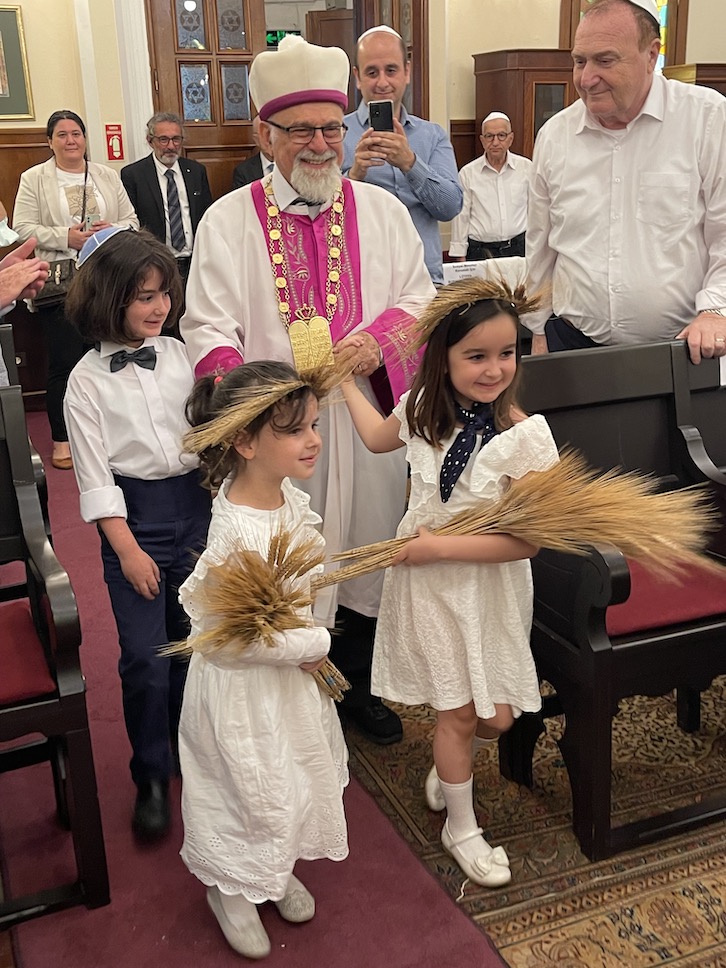 The Synagogue Gabbai Mishel Horada, presenting the ceremony, invited the Synagogue President Rıfat Behar, for the first speech. Rıfat Behar, the president of the Italian Jewish Community after welcoming everyone, said:

"At Mount Sinai, 3,300 years ago, God presented the Israelites the Ten Commandments that would establish a social order based on laws.

In our Holy Book, the importance of serving people and contributing to society is emphasized.

God would hence not stay just as the one leading history, presenting laws, but also be right by the Israelites with purity and sacredness, love, justice, and laws.

(...) Due to the pandemic, the Shavuot celebration could not be organized for two-and-a-half years; today we are thrilled to be able to celebrate once again.

Let us hope that all the prayers, wishes, and blessings uttered under the roof of this holy temple shall always be accepted by the Almighty God and guide us.

We are happy and honored that the Shavuot celebration which has special importance to us, is held in our historic synagogue."

Behar thanked everyone for attending the celebration on behalf of himself and the board of directors and ended his speech wishing a summer season full of peace, harmony, and happiness.

After the pleasant concert, Moris Levi took the stand on behalf of the Turkish Jewish Community. Levi started his speech by saying, "With our Chief Rabbi here, it is not my place to talk about Shavuot," and went on to tell a story. Levi shared the story of David HaMelech and his son Shlomo HaMelech with the audience.

Chief Rabbi Isak Haleva, in his speech, expressing that there had been many activities that could not be realized for months due to the pandemic, wished for good days to come from now on.

At the end of the ceremony, as tradition, rice pudding (sütlaç) and borekas were presented to the participants.