The ´Memory Storage (Anı Deposu)´ Exhibition, which will be presented by the Quincentenial Foundation Museum of Turkish Jews together with the Austria Culture International Office in Istanbul (Österreichischen Kulturforum Istanbul), will be meeting the audience on May 17th.
SHARE ON TWITTER SHARE ON FACEBOOK
May 6, 2022 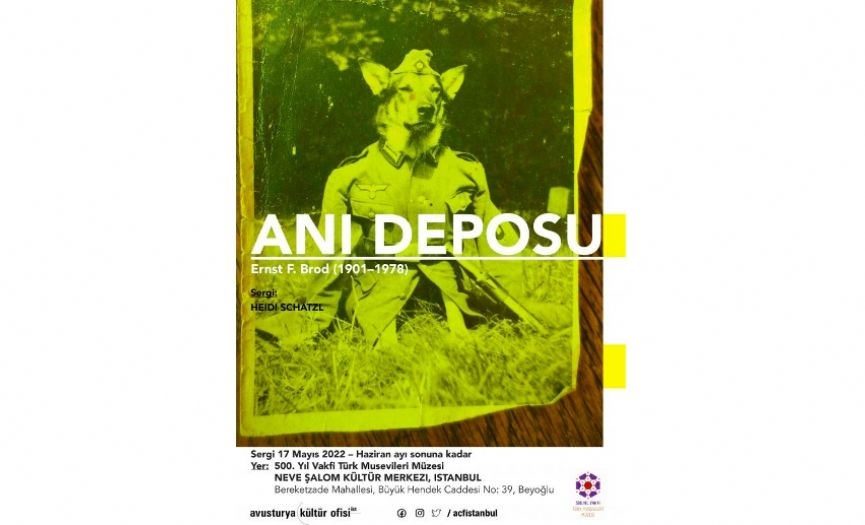 It was the year 1934 when the Austrian Ernst F. Brod (1901-1978) hit the road to "Mingle with people". After the years he spent in Paris and Turkey, on the second anniversary of the liberation of Auschwitz, he started writing his two thousand pages long autobiography, to which he would devote 30 years of his life. The style Brod approached memories is evident in the archives he had left for his daughter, Charlotte. Through creating chains of visual associations, he was jotting them down and sharing them with the letters he had written.

The 'Memory Storage (Anı Deposu)' Exhibition, starting right there, sheds a keen light on the village life, anti-Semitism, fleeing, massacre, and the indemnification applications. Also in the exhibition, the emotional bond Brod had with Turkey, where he and his family found refuge during the Second World War and where he had contributed to the modernization process, especially stands out. The 'Memory Storage', besides the photographs chosen from special albums and archives, also includes parts from the letters.

On the opening day of the exhibition, the Roman Britschgi Quartett will also perform a concert in the Neve Shalom Synagogue. Reservation will be necessary to attend the concert.