Rıfat Behar Seen Worthy of Order of Knighthood of Italy

The ´Order of the Star of Italy (Ordine della Stella d´Italia)´, awarded by the Italian President, was presented to Rafael Rıfat Behar, Head of the Italian Jewish Community in Turkey, at the Venetian Palace in the Istanbul Italian Consulate on the evening of April 3rd.
SHARE ON TWITTER SHARE ON FACEBOOK
April 8, 2022 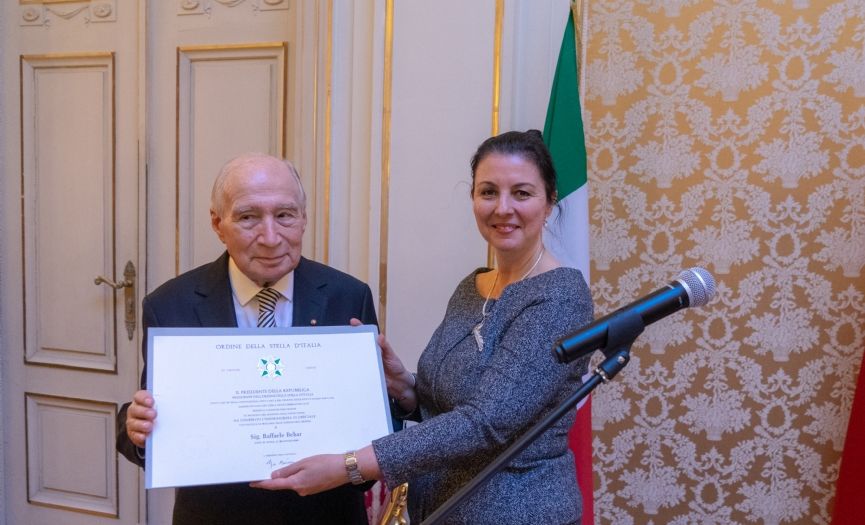 The Consul General of Italy in Istanbul, Elena Sgarbi, in her speech she started saying, "I have had many official duties, but to be here today is a great joy for me" continued, "I have been in Turkey for three and a half years. I've had the honor of getting to know Rafael Rıfat Behar from the first day and I respect him greatly. I had spoken to the Italian President for the order of the knighthood to be given to him for all his work. I am very happy that he has approved it." 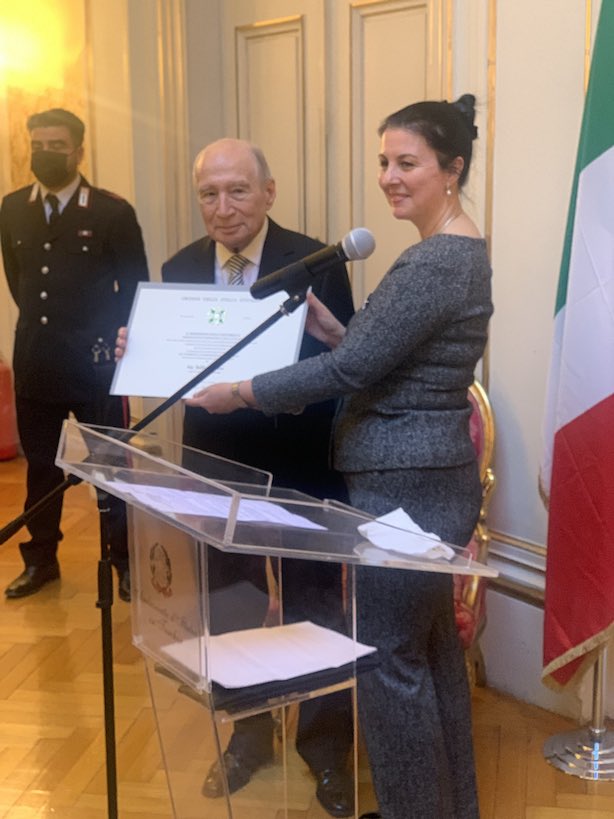 Rıfat Behar then taking the stand, gave a speech to express his emotions. He said, "I am extremely happy to be honored with this award with the proposal of the Esteemed Consul General of Italy in Istanbul Elena Sgarbi, and the approval of the Esteemed Italian President Sergio Matarella.

This award shall grant me more responsibilities and motivation in our work toward further strengthening our relations. When I learned that I would be awarded the Order of the Knighthood Star of Italy, I envisioned the events I've lived throughout my life. My relations with Italy, my education, first in the Italian Primary School and then the Italian High School... I've had extensive relations with Italy for many years during my professional life. (...)Since 1995 I have been on the board of directors in the Italian Jewish Community [in Turkey], and since 2015 I have been acting as the president.

After I started working in the Italian [Jewish] Community, we strived to improve our friendship and cooperation with Italy and keep our ties active. We improved our relations with the Italian Cultural Institute [in Istanbul] and the Consul General of Italy. We organized joint concerts, conferences, and Holocaust commemoration days together with the Italian Cultural Institute. In the Italian Cuisine Promotion Week, Sephardic Cuisine was introduced in the Italian Synagogue. I and my family have been extremely honored by my being seen as worthy of this award, nowadays, when many events to promote the Jewish Cultural Heritage in Europe and Turkey are being organized. We have been able to maintain our ties with Italy and keep alive our unique cultural heritage. Our goal is to pass these values on to future generations and maintain this cultural heritage of hundreds of years.

I am grateful that the award ceremony was organized in the Venetian Palace with the approval of the Esteemed Ambassador Giorgio Marrapodi, and would like to thank the Esteemed Consul General Elena Sgarbi for her contributions. I wish my dear wife Martha, whom I've lost five years ago, were here with me at this moment."

Following the speeches of Chief Rabbi Isak Haleva and the Turkish Jewish Community's co-President Ishak Ibrahimzadeh, Rıfat Behar's niece Viki Koronyo stated that she had assumed many responsibilities in order to be helpful to the community her uncle belongs to. She expressed that Behar had devoted an important part of his life to improving the Italian and Jewish Community, strengthening the relations, creating projects, guiding his community with his thoughts and ideas, and added that they too had learned from their Uncle Rıfat, the importance of solidarity and unity, that it is possible to be helpful without expecting something in return, to become exemplary and useful individuals for the community. She ended her speech by saying, "We are forever grateful to you for making our family so proud today." 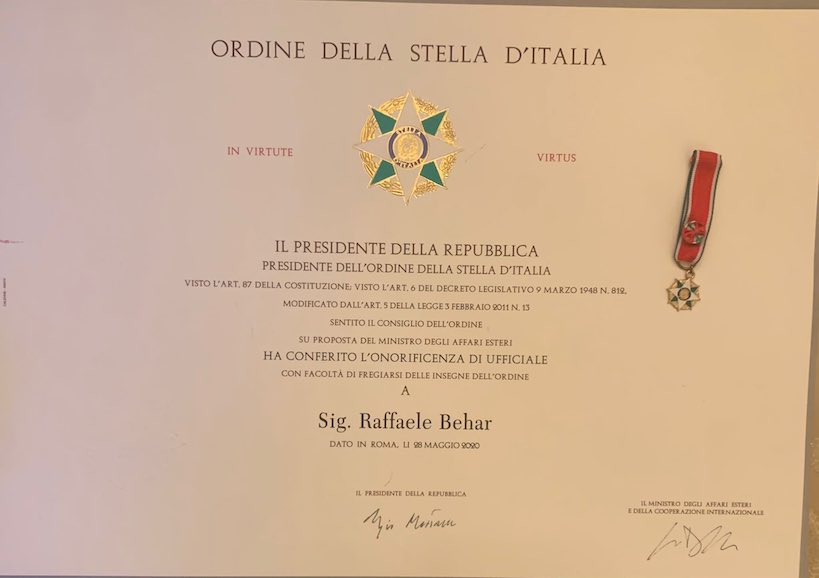