The traditional International Ladino Day (Dia Internasional Del Ladino / Judeo-Espanyol Estambol) was organized online again on March 20th, Sunday due to the pandemic. There was great participation in the event, from Turkey and many countries of the world, via Zoom and the live stream via the Facebook account of the Sephardic Cultural Research Center.
SHARE ON TWITTER SHARE ON FACEBOOK
March 25, 2022 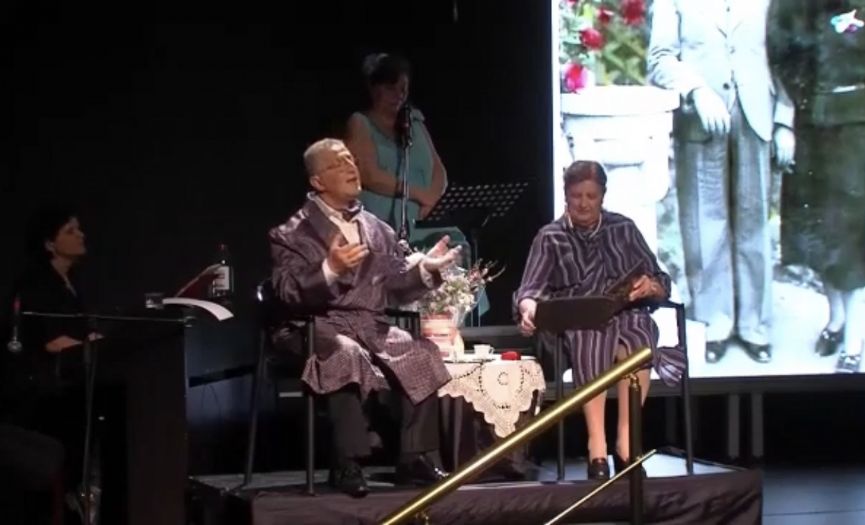 This year the International Ladino Day was organized in memory of Henri Çiprut, who had strived very hard to keep alive and revive the Ladino (Judeo Spanish) language and who has passed away a few months ago at a very young age.

The event started with the opening speeches of Silvyo Ovadya, the president of the Quincentenial Foundation Museum of Turkish Jews Foundation, and Karen Gerson Şarhon, the coordinator of the Sephardic Cultural Research Center, Şalom writer and editor of Şalom's El Amaneser (Şalom's Ladino supplement) and the Henri Çiprut commemoration speeches. Çiprut's endeavors and efforts for this language were shared with the participants through films.

Seyfi Işman then performed his presentation titled 'Jewish Humor in Cinema'. Following the presentation which was widely appreciated, the Tintin comic book in Ladino titled 'La Izla Preta (The Black Island)', which has been translated by Karen Gerson Şarhon and edited by Güler Orgun was introduced.

During the event, Selim Hubeş, one of the founders of the Los Pasharos Sepheradis Music Group, the meritorious musician and composer who had been instrumental in reviving the Turkish Sephardic music, who has recently passed away was also commemorated.

The International Ladino Day then continued with the researcher Kenan Kruz Çilli's presentation about the Jewish cemeteries and Jewish history of Ankara and his new Jewish Quarter Ankara project. Later in the program information concerning the ongoing Colectivat project in Barcelona was given.

The event ended with the wonderful play full of music and dance titled 'Rekuerdos' written by Forti Barokas and directed by Ferit Koen.

The recording of the 2022 International Ladino Day can be watched via the YouTube account of the Sentro Sefardi d'Estambol (Sephardic Center of Istanbul) via the link https://youtu.be/G511pqgQHgM. 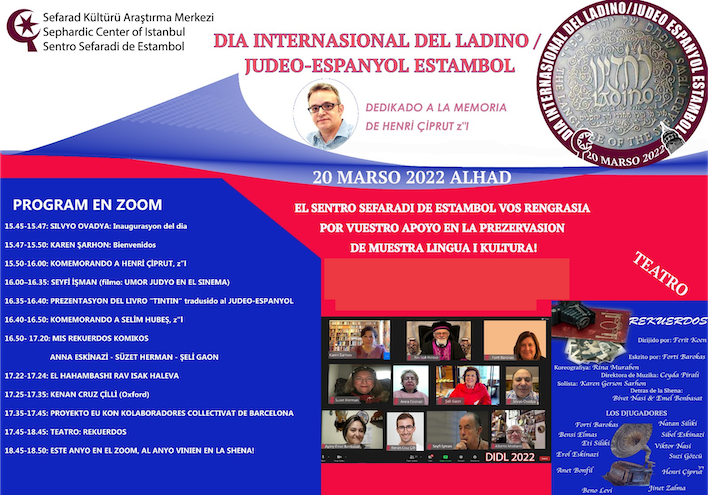