Doctors were on Stage on March 14th National Doctors´ Day 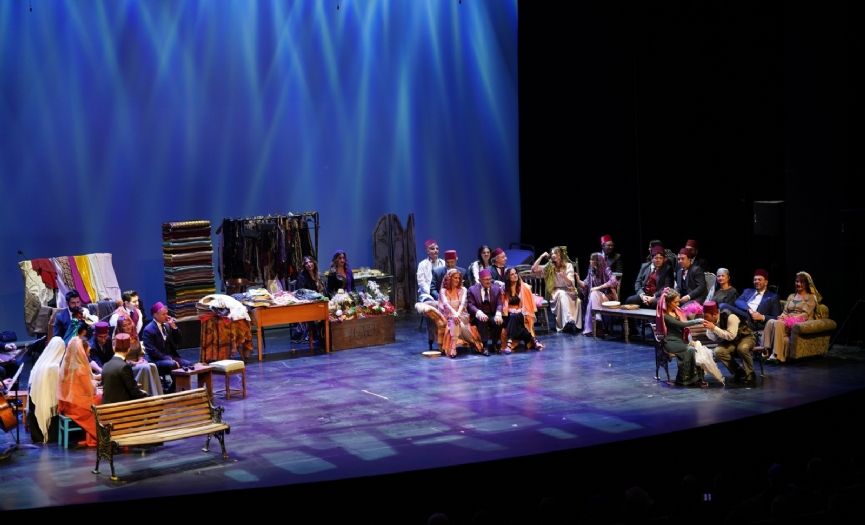 Artists on the same stage as doctors

Liv Hospital doctors and healthcare workers created a magical evening on March 14th, National Doctors' Day. Ministry of Culture and Tourism, Directorate of Fine Arts together with the Istanbul State Theatre, staged a musical play of Turkish Classical Music where the doctors of Liv Hospital also performed as players, especially for the National Doctors' Day. The Liv Hospital doctors, who have performed the musical 'Tedavüyyeü'l Musikiyye (Treatment with Music)', were greatly appreciated. The play's libretto was written by Nihat Gönül and was staged by Assoc. Dr. Aylin Şengün Taşçı. The musical tells the story of two university students Tuğşad and Dilfiruz at the beginning of the 1900s, who fell in love with each other at first sight. When their families oppose their request to get married, the two young people get sick and Mr. Abdurrahman, the renowned doctor of the time, decides that they should be treated with music. The humorous play is performed along with the popular pieces of Turkish Classical Music. Doctors of different specialties all together "I believe we've made a difference"

Liv Hospital Group Coordinator Meri Istiroti expressing that they have performed a lively musical said, "Every year we always make an activity on March 14th. This year Aylin Şengül Taşçı proposed this project. We believe we've created a unique and soulful project when we actualized such a creative and significant project together with the artists. We worked hard for the musical theatre where our doctors also performed. It is a musical play set in the past time based on the fact that the families of two young people who are in love would not let them be together. We are very happy because we've made a difference with a wonderful activity and we were on stage with the doctors on March 14th."