Irvin Mandel, the artist of Şalom Newspaper´s ´Mozotros´ corner, and who has been drawing cartoons for the Şalom Magazine every month, is celebrating the 30th anniversary of the ´Mozotros Family [Mozotros Ailesi] Comic-Strip´ which he had started in 1992, with a new album and a special exhibition at the Schneidertempel Arts Center.
SHARE ON TWITTER SHARE ON FACEBOOK
February 17, 2022 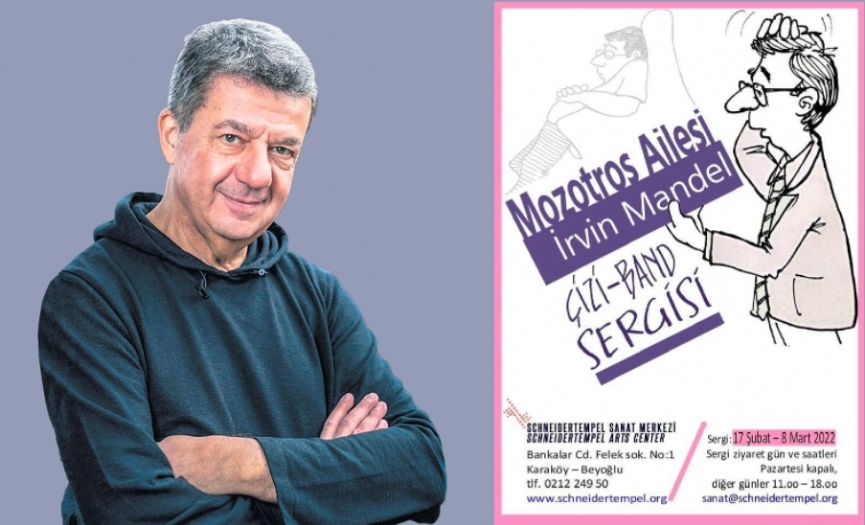 Irvin Mandel's 'Mozotros Family [Mozotros Ailesi] Comic-Strip' Exhibition, celebrating the 30th year anniversary of the comic strip, will be opening on February 17th, Thursday, at the Schneidertempel Arts Center. During the day he will also be signing his new cartoon album book 'Mozotros Ailesi VIII', out from Gözlem Publishing, also to celebrate the 30th year.

"Mozotros" in Ladino, the language of Sephardic Jews, means "our people". Irvin Mandel is stating that while drawing the Mozotros Family cartoons, at first he had been inspired by the funny things happening around him. However, when many people liked the comic strips and more people became interested in them, he decided to keep the scope wider. Today the personifications in Mandel's comic strip do not only represent the Jewish community, they represent all the urban community in general. The artist as an answer to the question during an interview about his latest book, inquiring whether his comics are taken from real life or not, said, "As contrary to common belief, not even one percent of the strips tell a real event that has happened exactly, all of them are figments of my imagination."

The exhibition can be visited at the Schneidertempel Arts Center, from February 17th until March 8th, every day except Monday, from 11:00 to 18:00, within the framework of pandemic precautions.