A first was lived in Edirne on January 22nd. The memories of approximately twenty thousand Jews, who had lived in Edirne a century ago, came alive in the Foundation Building right behind the Grand Synagogue of Edirne, at an exquisite dining table where their special cuisine was introduced.
SHARE ON TWITTER SHARE ON FACEBOOK
February 15, 2022 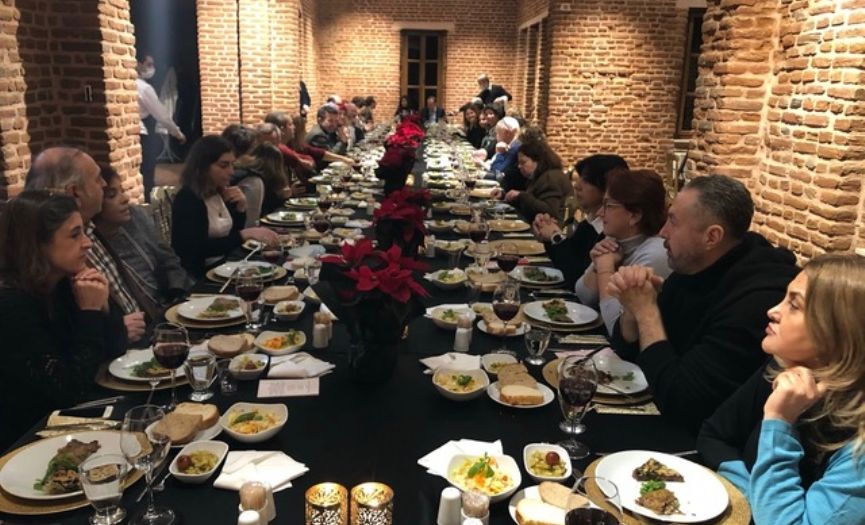 The Grand Synagogue of Edirne, which had been defeated by the misfortunes of history, neglect, and destructive impact of time, was restored with a spectacular reopening in 2015 after a rather arduous process. Thanks to the wonderful project titled 'Sofralar Dile Gelse [meaning 'If the Dinner Tables Spoke']' another night that will be remembered for a long time was lived in Edirne.

The 'Sofralar Dile Gelse' project first took a start with the creative ideas of Tamar Taşçıoğlu and Engin Aymete, at the beginning of 2021, while we had to stay at home due to COVID-19. With the belief that food is one of the most important elements carrying the cultural heritage from history to our day, they created a delicate project during a time when we had to be away from each other physically. For the ones who had missed meeting their friends at the dinner tables, they organized Zoom meetings with dinners, along with the conversations about the dishes of different cultures in Turkey, their cultures, their histories, customs, and traditions. The unique dishes would be delivered to the houses of the people who would be joining the meetings, and during the Zoom meetings, the participants would all together, though online, eat the special dishes, have the chance to listen to the speakers, and ask questions.

As the pandemic started to let us normalize our lives gradually, with the suggestion of Ivet Acu Güney who is living in Stockholm, this time the 'Dinner Tables Came Alive and Spoke' in Edirne.

Nowadays there is no Jewish community living in Edirne and the Grand Synagogue of Edirne is welcoming its visitors as a museum.

The participants of the 'Sofralar Dile Gelse' tour, while going around Edirne during the day, had the chance to listen to the stories of old Edirne street by street, the old Jewish stores, houses, and the memories of their owners from Aydemir Ay who is the Tourism Consultant of Edirne Municipality as well as the writer of the book 'Jewish Cuisine of Edirne'. They also learned about the characteristics of the Jewish houses, Jewish worshipping rituals, and methods by the wonderful narration of Hayim Behmoaras.

All through the evening, the participants of various beliefs who were sharing the dinner table, while tasting the delicious Sephardic dishes, listened to the wonderful Ladino (Judeo Spanish) music with Albert De Aziz, whose family is from Edirne, on the guitar and his daughter Tracy De Aziz's singing. 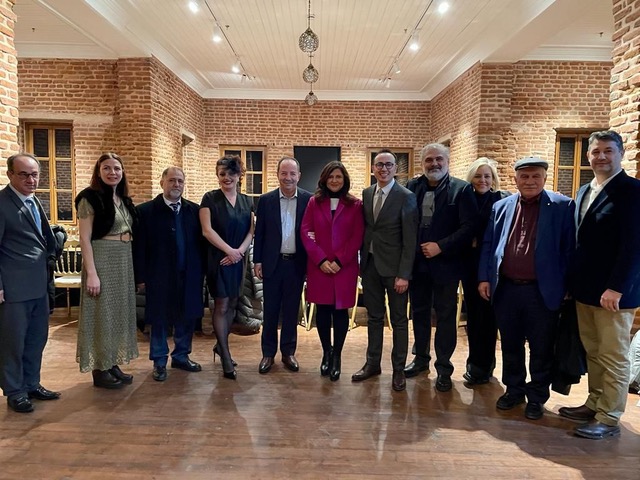 Engin Aymete raised his glass together with his project partners Tamar Taşçıoğlu, Ivet Acu, and Hayim Behmoaras, saying, "Tonight, here, we say L'Chaim [meaning 'To Life']; not only for the fifty people at the table, but also for the memories of thousands of Jews from Edirne who are scattered all over the world and who are unfortunately no longer with us."

The 'Sofralar Dile Gelse' project will continue to make colorful organizations in order to carry the ancient and different cultures all around our country, into the future, via their cuisines, setting delicious tables. To get more information about their future programs, please follow the Instagram account @sofralar_dile_gelse.