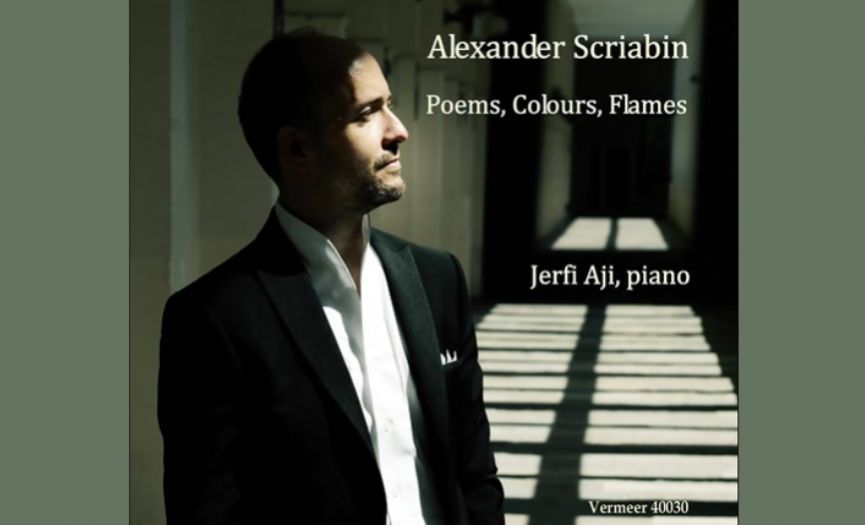 Jerfi Aji had successfully made the first three in the finals of the Sicily International Piano Competition on January 25, 2019, winning the right to publish an album with Vermeer Records in Italy. Following the recordings that were completed in Modica, Sicily, in January 2020, his solo album titled 'Poems, Colours, Flames' has been published on February 4, 2022, with the Italian Vermeer label as a CD, also being broadcasted on the online music streaming platforms.

The album consisting of the Russian composer Alexander Scriabin's (1872-1915) solo piano works can be listened to via music streaming platforms such as Spotify, Apple Music, YouTube Music, etc. The album CD will soon be available on sale in Turkey.