The famous pianist, composer, soprano, and music therapist Renan Koen is going to perform a live concert during the online Washington Congressional Holocaust Commemoration which will take place at 21:00 (Turkey time), on January 27th.
SHARE ON TWITTER SHARE ON FACEBOOK
January 26, 2022 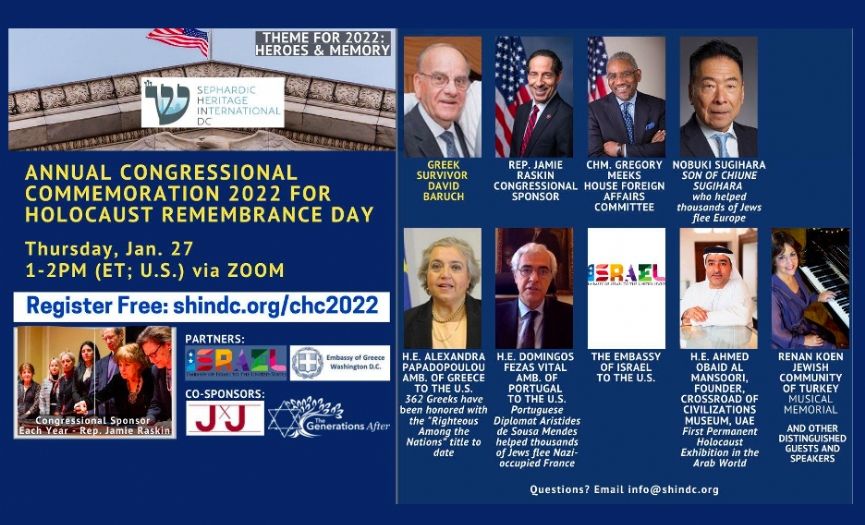 During the Washington Congressional Holocaust Commemoration event that will be organized at 21:00 hrs. (Turkey time), on January 27th, the International Day in Memory of the Victims of the Holocaust, musician Renan Koen will also perform a live concert. The slogan of the event is; 'So that no living thing in the world has to endure it ever again, NEVER AGAIN!'

In the event also important people such as the Greek Holocaust Survivor David Baruch, Nobuki Sugihara, son of the Japanese 'Righteous Among the Nations' Chiune Sugihara, Ambassador of Greece to the U.S. Alexandra Papadopoulou will be present. The representatives of the Gulf countries, who have started to attend the events organized for Holocaust education and memorials for the victims following the Abraham Accords, will also give speeches in the context of the event.

To attend the event that will be streamed via Zoom, please register free at; http://shindc.org/chc2022/