During the ongoing excavations in Side district of Antalya, the remains of a synagogue from the 7th century were discovered under a house. The remains discovered were classified as the first evidence pertaining to the Jews that had been known to have lived in the region.
SHARE ON TWITTER SHARE ON FACEBOOK
December 29, 2021 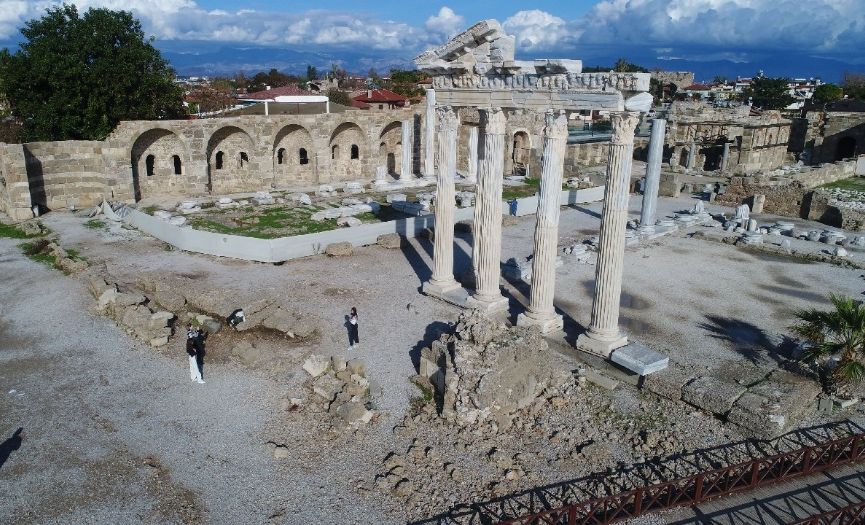 Prof. Dr. Feriştah Alanyali, the Instructor of Anadolu University Classical Archeology Department, who is conducting the excavations together with her crew of 35 people in Side, the popular vacation district of Antalya, expressing that Side had issues of protection starting from the beginning of the 19th century, stated that with the support of the government and the public they were starting to overcome these problems. Alanyali said, "We've done many things that haven't been done until now. This area had been completely abandoned. Evidence like this had never been found before. During the excavations, we found Seljuk Empire coins from the 13th century."

Alanyali saying that the real destruction had taken place in the 1960s when tourism started, stated that in those years, lots of hotels had been built for touristic purposes and Side had developed in an unplanned way.

Alanyali stated that there were known historical resources of the fact that the Jews had lived around Side, but the first tangible finding was found during these excavations. Adding that they had discovered a synagogue from the 7th century, she said, "We have uncovered a synagogue under a house. The synagogues are not as obvious as the churches or mosques. They take time to be uncovered. The synagogue has just recently become displayable. In the middle of it, there is an inscription. On it, it says 'Joseph from Korekesium [Alanya's old name] dedicated for his son Daniel'. Daniel is a baby who had lost his life when he was 2.5 years old. Joseph pays for the renovation of the synagogue himself at that time in memory of his son and dedicates it to Daniel." 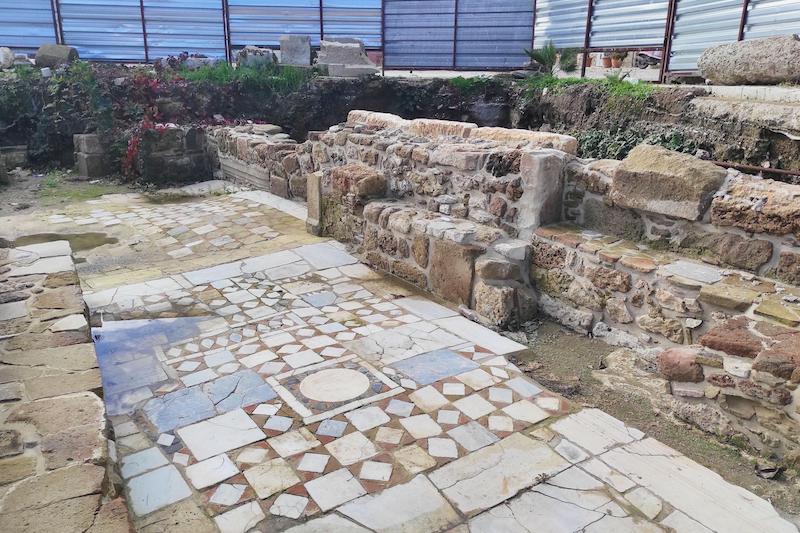