On December 22nd, rabbis from Islamic countries all over the world came together in Turkey for the first time, for the ´First Annual Summit of Alliance of Rabbis in Islamic States´.
SHARE ON TWITTER SHARE ON FACEBOOK
December 23, 2021 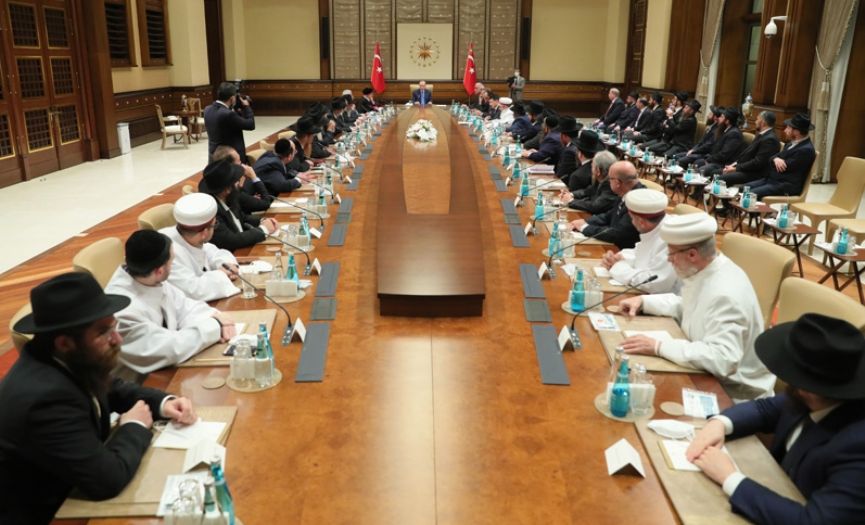 During the first summit of the Alliance of Rabbis in Islamic States (ARIS) in Turkey, rabbis of more than 10 countries came together under the auspices and hospitality of Chief Rabbinate of Turkey and the Administration of the Turkish Jewish Community. The guests including the Russian Chief Rabbi Berel Lazar with the participation of other leading officials, met under the auspices of the Chief Rabbi of Turkey Rabbi Isak Haleva to talk about the Jewish life in the Islamic world.

The Alliance of Rabbis in Islamic States, established in 2019, aims to enrich the Jewish life in the Islamic world, through the rabbis in 14 countries. The meeting took place with the participation of rabbis and chief rabbis representing more than 100,000 Jews on land so vast as from Kazakhstan to Azerbaijan, from Uganda to Nigeria.

During the ARIS Summit, based upon the thought that normalization of the relations between Jews and Muslims is in line with the global strategic interest, interreligious relations, historical and deep relations among Jews and Muslims were discussed.

The Chairman of ARIS, Rabbi Mendy Chitrik described the meeting as "A historic summit where rabbis recommit to helping each other to fulfill their social responsibilities" and added, "We are the most admirable example of the peace and tolerance among the Muslims and Jews living in the Muslim world."

The rabbis of Morocco and Tunisia, who could not attend the historic meeting personally due to the pandemic restrictions in their countries, also sent their greetings and participated in the meeting online. 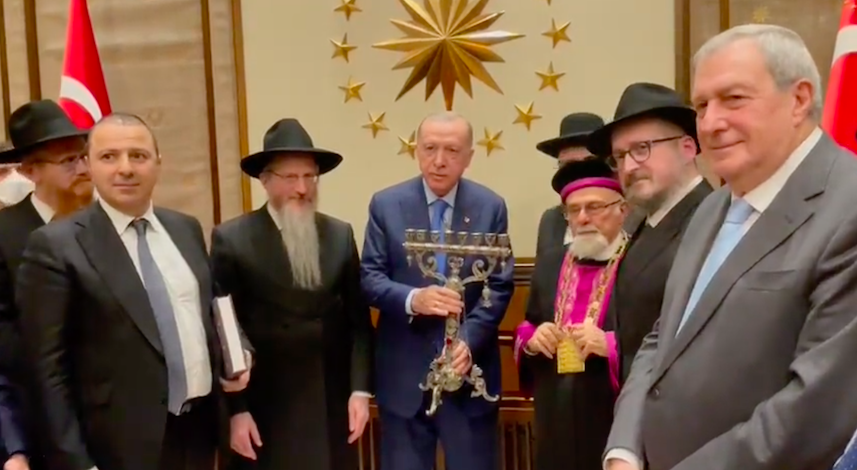 The group traveling to Ankara on Wednesday, December 22nd, was accepted by President Tayyip Erdoğan. For the reception in the Presidential Palace where the Turkish Jewish Community attended to with a large delegation as well as all the foreign chief rabbis and rabbis, Minister of Culture and Tourism Mehmet Nuri Ersoy, Presidential Communications Director Fahrettin Altun, and Presidency Spokesperson Ibrahim Kalin were also present.