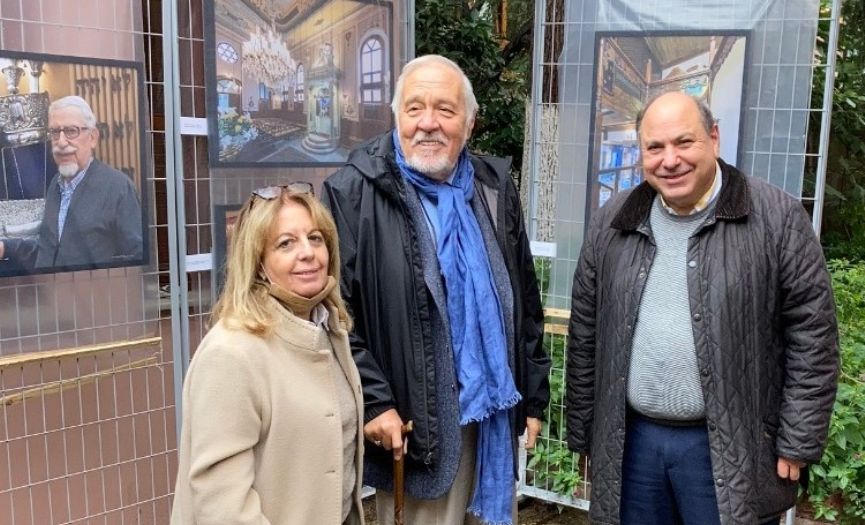 On Sunday, October 17th, distinguished historian, Prof. Ilber Ortayli visited the introduction exhibition of the 'Synagogues of Turkey' book, launched on September 30th, at the Balat Ahrida Synagogue. The 'Synagogues of Turkey' book, written by the researcher and author on Turkish Jews and former president of Quincentenial Foundation Naim Güleryüz, is including the histories of the synagogues along with Izzet Keribar's photographs of them.

During the visit where the president of Quincentenial Foundation Silvyo Ovadya was also present, Ortayli who first examined Izzet Keribar's photographs then visited the inside of the synagogue. After visiting the Ahrida Synagogue, Ortayli also visited the Yanbol Synagogue which is very near.

The 'Synagogues of Turkey' exhibition and the synagogues, which more than a hundred people visited with interest the same day, can be visited until the end of this month.