´European Day of Jewish Culture´ will be Celebrated on October 24th

This year in the framework of the ´European Day of Jewish Culture´, a series of events to introduce the Turkish Jewish culture and heritage along with its music, dance, delicacies, and traditions will take place on Sunday, October 24th.
SHARE ON TWITTER SHARE ON FACEBOOK
October 19, 2021 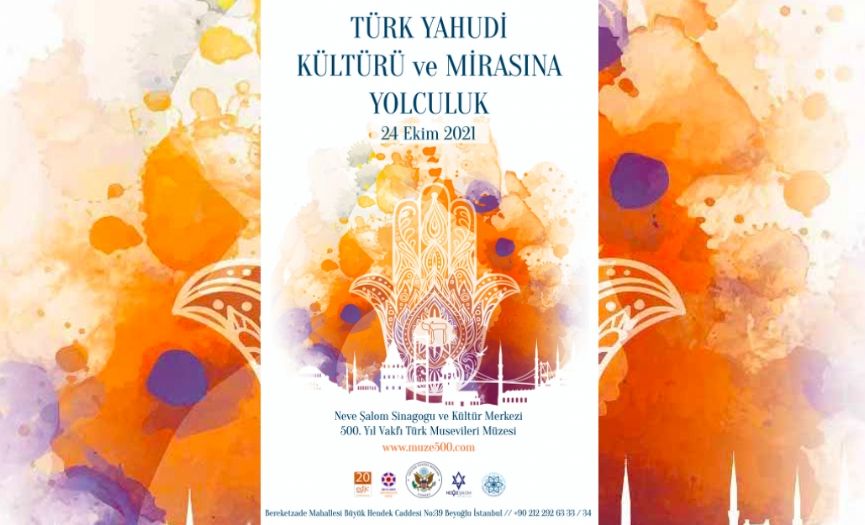 This year some of the European Day of Jewish Culture activities will be organized face to face at the Quincentenial Foundation Museum of Turkish Jews. The rest of the activities that will be organized online, will be able to be watched via the www.muze500.com website on the day of the events and also throughout the year.

The European Day of Culture which has been celebrated in Turkey since 2001 together with 35 European countries, is being organized within the framework of the 'Dialogue' theme this year. On this day, the cultures and traditions of the Turkish Jews will be introduced through a series of activities such as conferences, exhibitions, documentaries, concerts, and culture tours.

The participants will be able to learn about the culture, melodies, stories, disappearing language Ladino (Judeo-Spanish), and the Sephardic cuisine of the Jews who have been living on these lands for twenty-one centuries. The European Day of Jewish Culture, besides introducing the Jewish historic and cultural heritage, is also being organized in order to share Jews' traditional music and arts with the community they are living together within their countries.

The event which is open to everybody is consisting of various subjects that will take the participants on a journey through the lifestyle of the Turkish Jews.

In the face-to-face part of the event, the exhibitions 'Judaism in Time and Space' and 'The Footsteps of Jews' will be able to be visited in the Quincentenial Foundation Museum of Turkish Jews.

A band will play Ladino (Judeo-Spanish) songs. On the same day, the visitors may attend the Jewish Heritage Tours, visit the 'Synagogues of Turkey Exhibition' exhibited at Istanbul's oldest synagogue Ahrida Synagogue and the Yanbol Synagogue in Galata and Balat regions of Istanbul.

During the online events that will be presented via Zoom, various subjects will be discussed and communicated by experts in their fields.