5,000 Trees from Turkish Jewish Community for the Forest Fires

In the fires that have been going on in 8 different cities of Turkey for more than 48 hours, 3 people in Manavgat and 1 person in Marmaris have lost their lives.
SHARE ON TWITTER SHARE ON FACEBOOK
July 30, 2021 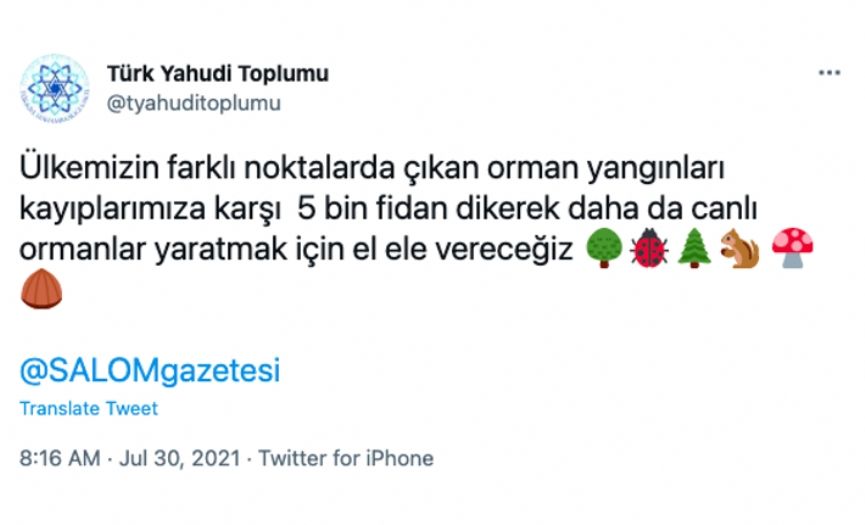 Turkish Jewish Community in their Twitter post concerning the fires that have deeply wounded us remarked, "We will join our hands in solidarity to create even livelier forests by planting 5,000 trees for our losses during the forest fires."

Lastly, fires erupted at four different locations in the forest in Antalya's Gazipaşa district. Some houses are vacated because of the fire that is also threatening the residential areas. Efforts to put out the fires continue. 3 people during the fire in Antalya, 1 person in Marmaris, Muğla have lost their lives. The Mersin-Antalya highway has been closed to traffic due to the fire in Silifke, Mersin.

Presidential Communications Director Fahrettin Altun stated that forest fires in 21 districts are being fought from air and land, with approximately 4,000 personnel, hundreds of vehicles, and equipment.