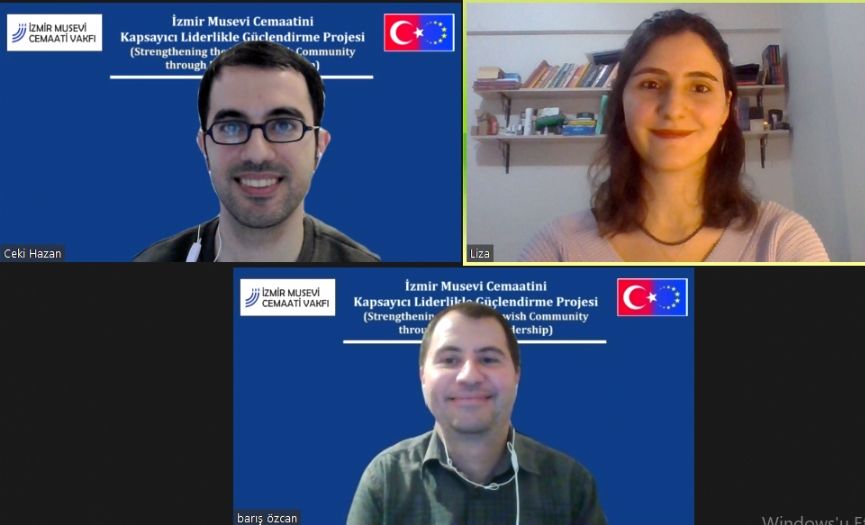 Despertar Izmir Project is a 15-month EU project, financed by the European Commission, planning to strengthen the Izmir Jewish Community through young people and women. The general purpose of the project is to expand the human resource and institutional capacity of the foundation, to include all the members of the Jewish Community in Izmir.

The project is appealing in the sense that it is the second project planned by the Izmir Jewish Community after the Izmir Jewish Heritage project, and the fact that it is to create a new objective for Izmir in this context. The Kentimiz Izmir (Our City Izmir) Association is also a partner in this project.

We talked about the details of the project and the program with the co-coordinators Ceki Hazan and Barış Özcan. 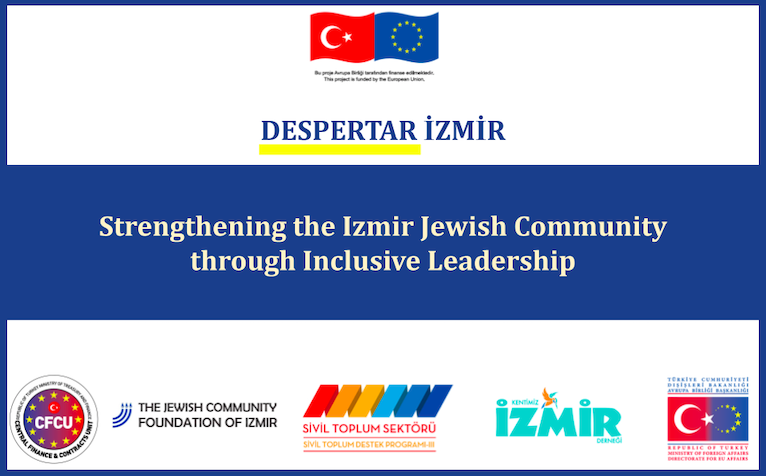 What is Despertar Izmir Project? How did this idea come to life and how did it proceed?

Ceki Hazan: The project is a European Union project, and it was created in 2019. The project officially started on April 1st, 2021. It will officially end in June 2022. It is a 15-month project.

Who is your target group?

Our first target group is the board of directors and people who can join it. We want the board to be younger and women to be more active in it.

Our second target group is women. We will talk to women both from the Jewish community and the wider community, about the problems in the context of women's human rights.

Our third target group is young people especially those under 30. Among our plans are camps, youth workshops.

How has the name 'Despertar' come to be, why was the project named like this? Does it have a special meaning for you?

Ceki Hazan: 'Despertar' means 'awakening' in Ladino. The Izmir Jewish Community President Sami Azar suggested it, and we gladly accepted. The name of our project is 'Strengthening the Izmir Jewish Community through Inclusive Leadership', it's a bit confusing in the sense of its context. Here is where the title 'Despertar' becomes convenient; 'awakening'.

The Izmir Jewish Community is a decreasing community. 'Despertar' will be a project to wake up both the community and the foundation. This is where 'despertar' comes from.

Why was this project necessary in the long run? How will it affect and promote both the Jewish Community and the community in general?

Probably it will be in the fall due to the pandemic, but we will go to Kraków in the framework of this project. Kraków is the city next to Auschwitz. The reasons we especially want to see Kraków are that it is a city where a Jewish festival is organized and that it pioneers the famous Klezmer music of the Ashkenazi Jews. We are looking for a model such as this for Izmir. If someday the Jewish population goes below 500, how can the Jewish culture in Izmir, the Sephardic Jewish culture be kept alive, kept active? Most importantly, how can the people moving abroad or to Istanbul from Izmir, keep Izmir alive as a diaspora?

There are more than 160 minority foundations in Turkey, most of them not active anymore, but we want to talk about this issue with at least the active ones of the minority groups such as the Assyrians, Armenians, Greek Orthodox, the Jewish community in Istanbul, at the end of our project and assist these minorities to stay alive in the 21st century also. Therefore, we also wish to find out how multiculturalism and diversity can be continued by the community members who have gone abroad.

Barış Özcan: Most of my Jewish friends that I had studied together in high school are living abroad now. In our day both the wider community and the minorities are already thinking of going abroad as a way out. Unfortunately, our country is continuously experiencing a brain drain and we are aware of this.

We are in a digital world, but when we had started this project, we didn't think we would be having so many Zoom meetings. Since we have come to a digital world of this extent, we also want to include the Jews, who have their heart in Aegean, born in Izmir, and coming from Izmir.

Unfortunately, the population is decreasing rapidly, but as we can see from the Kraków case, maybe friends who are living abroad can keep up the culture in Izmir. Jews had migrated to Izmir from Manisa 300-400 years ago, and a Jewish life had started there then, but when we visit Ephesus now, we can see Jewish splendor there, so Jews had also lived there then. It is one of the oldest civilizations here, so it must somehow exist in the Aegean lands. We hope our project contributes to this.