We Condemn the Hate Speech Towards Our Writer Karel Valansi

Şalom writer Karel Valansi who criticized the Mayor of Istanbul Ekrem Imamoğlu´s not mentioning the Jews while talking about the people who had defended Çanakkale, in his post where he commemorated the March 18th Çanakkale Victory, became the target of some media channels.
SHARE ON TWITTER SHARE ON FACEBOOK
March 19, 2021 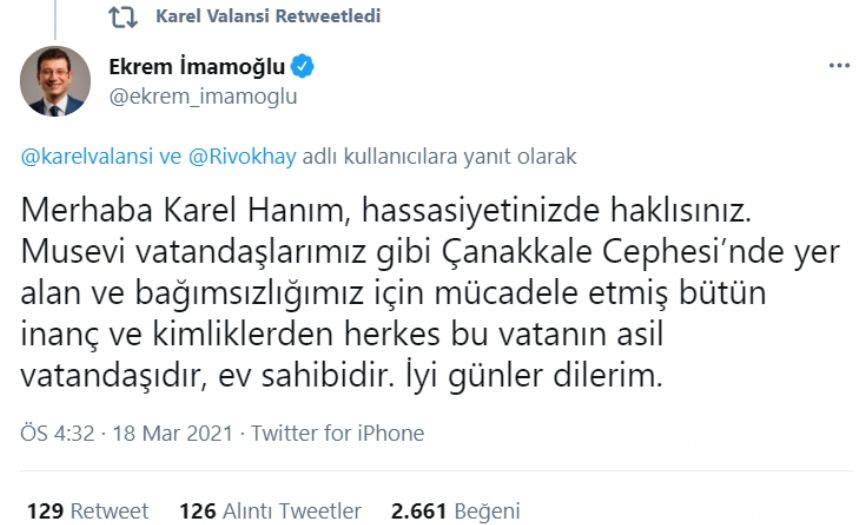 Ekrem Imamoğlu, in his Twitter post, had said, "We know each other even by just one look in each other's eyes, we've been side by side for thousands of years, a great country altogether, the Turkish, Kurdish, Alevi, Sunni, Laz, Circassian... We made Çanakkale unsurpassable" and Karel Valansi had as a reply, reacting to the Jews not being remembered among the people defending Çanakkale, had posted ironically saying, "We're not invited to the wedding again."

As a reply to this tweet Mayor Imamoğlu, expressing that Valansi had been right in her reaction, said, "Like our Jewish citizens, everyone from every belief and identity who took part in the Çanakkalke Front and fought for our independence is a noble citizen of this country, is a landlord."

Upon this conversation on Twitter, the Takvim newspaper turned Karel Valansi into a target in a report titled, "Ekrem Imamoğlu's over respecting the Jewish journalist working in Turkey, Karel Valansi, has drawn attention whereas he threatened a relative of a veteran." The newspaper that had emphasized Valansi's religious identity, and placed her photo even bigger than Ekrem Imamoğlu's photo, also in their social media post stated, "Never forget the name Karel Valansi", showing her as a target once again. 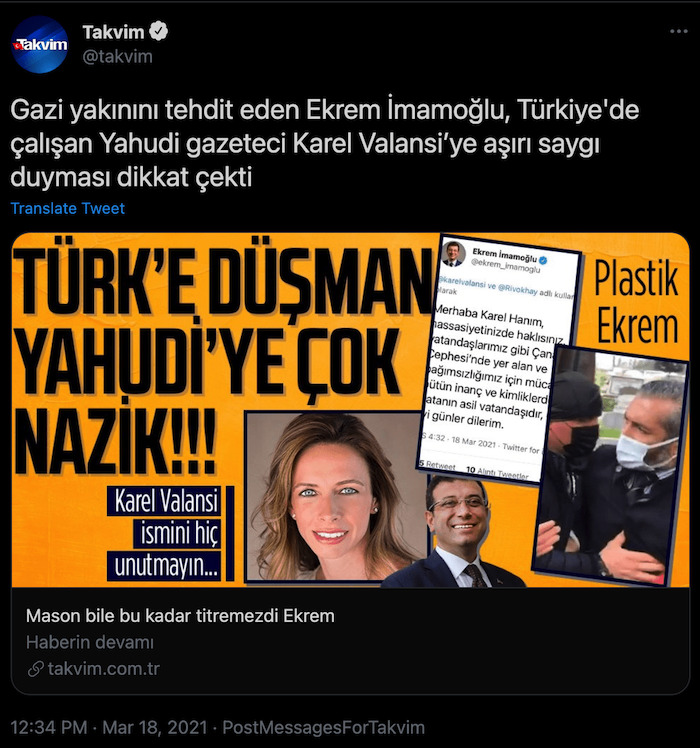 Takvim Newspaper's post including their report on the newspaper 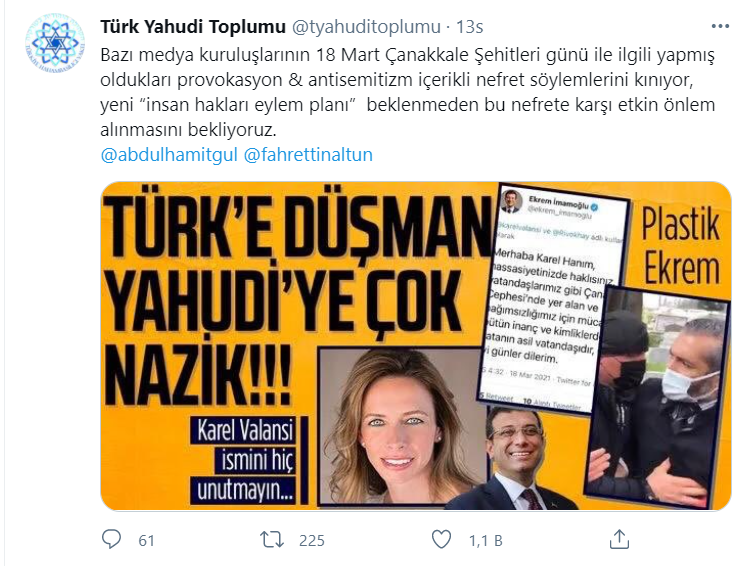 We as the Şalom Newspaper condemn this report of Takvim Newspaper, containing anti-Semitism and hate speech, implying that Karel Valansi is not Turkish and emphasizing her religious identity at every chance.