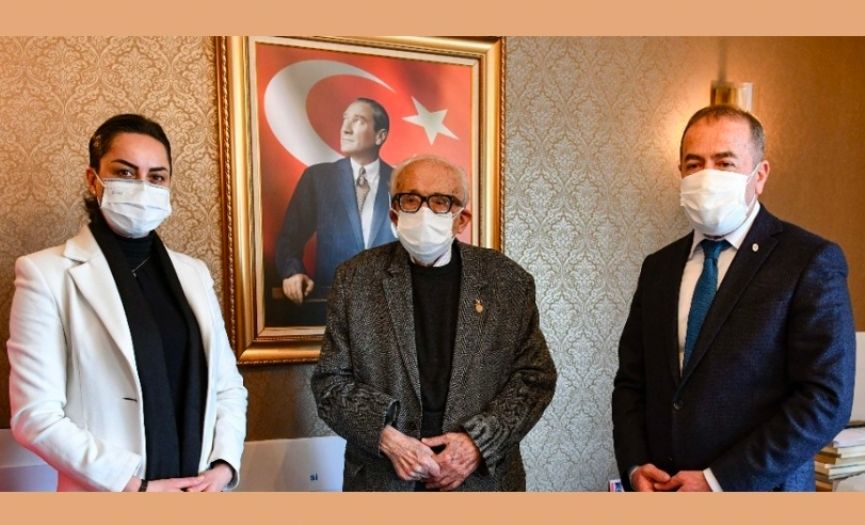 Ankara Metropolitan Municipality Head of Cultural and Natural Heritage Department Bekir Ödemiş, in his speech he made during his meeting with Hanri Benazus, mentioned that Benazus's donating his archive was an honor for them. He added that they would ensure that the lesser-known or unknown Atatürk photographs are seen in all of Turkey with also a traveling exhibition besides the permanent exhibition in the Atatürk Photographs Museum they plan on establishing.

Hanri Benazus had started collecting Atatürk photographs at 17, when he saw and bought an Atatürk photo he hadn't seen until that day. Benazus had expressed his passion for Atatürk in an interview he made in Şalom Newspaper, as follows:

"It is a passion that has been going on incessantly for 63 years. So much that in 1984, I had gone to America and came back the same day just to get the two photographs an American journalist took after his interview with Atatürk in 1921."

Benazus, stating that when Atatürk chose Ankara as capital he had had extensive plans in his mind, said, "He chose a location right in the middle of Anatolia and at equal distance to everywhere. Ankara is very important. My advice especially to the mayor of Ankara is to turn this archive into a permanent museum. Until this museum is ready, there can be temporary exhibitions at subway stations or wherever appropriate, according to the meaning and importance of the day.

I was not in any expectation while doing this, because I owe a lot to Atatürk. I am trying to pay that debt. Until today I've received many proposals from America and the University of Lausanne to open this Atatürk museum. I declined all of them because this archive belongs to this society. It has to stay here and the most suitable place for it is Ankara."

The Mayor of Ankara Mansur Yavaş in his statement he made on the issue via his social media account said, "Hanri Benazus, the owner of the largest photograph archive of Mustafa Kemal Pasha, bestowed his collection to our municipality. We have decided to exhibit this archive in the new Atatürk Photographs Museum we will establish. We will take really good care of it."

Hanri Benazus also expressed that he was the last person alive that had met and had a conversation with Atatürk.

Hanri Benazus remembers fondly that on October 9th, 1937, when he was 7 years old, he had met Atatürk in Ortaklar District of Aydın and even that he ate the leblebis (a snack made from roasted chickpeas) from Atatürk's table, expressing that day he probably had lived his most important memory of his life.