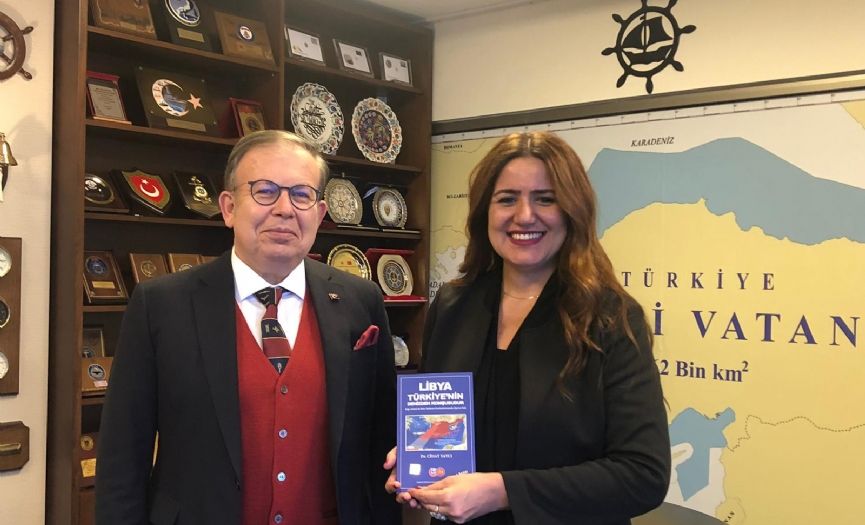 What is Blue Homeland?

Today in the Eastern Mediterranean, the western borders have been drawn with Libya. Even though a Continental Shelf Agreement has been signed with the Turkish Republic of Northern Cyprus in 2011, to partially designate the maritime zones, this development only includes acts such as reporting a set of continental shelf coordinates. Therefore, right now we cannot exactly say that we have an exclusive economic zone border declaration in the Eastern Mediterranean.

What do you think about the relations between Israel and Turkey?

Israel and Turkey are two countries that have supported each other strategically and maintained a harmonious relationship for years. Turkey was the first predominantly Muslim country to officially recognize Israel after its establishment. During the Ottoman Empire Era and after the establishment of the Republic of Turkey, thousands of Jews have moved and been moved from the countries they have been persecuted to the Ottoman Empire and Turkey. Ever since its establishment, many of our Turkish Jewish citizens have moved to Israel, some settling there while some have come back. However, Turkey has always remained as a homeland for our citizens.

States don’t have friendships, hostilities; states have interests. Turkey and Israel have also occasionally experienced conflicts of interest, and sometimes have united around common interests. Likewise, this is what interstate relations and governing a state requires. States must act pragmatically not ideologically, nor do they...

Turkey’s foreign policy has always been based on peace, stability, security and equality, and has always given a special emphasis on fairness.

Israel is also among the countries we have opposite coasts with, per our Blue Homeland doctrine, that we advocate the justification due to the international law, in the Eastern Mediterranean based on these same principles. Israel just like Libya is a maritime neighbor of Turkey. Greek Cypriot Administration of Southern Cyprus have also deceived Israel in Eastern Mediterranean just like it did to Egypt and Lebanon (The agreement still has not been passed by the Parliament of Lebanon). Likewise, even though Greece has deceitfully seized Albania’s rights with the maritime jurisdiction limitation deal they had signed in the past, Albania realizing the situation quickly, chose to cancel the deal.

Turkey, just like it is warning all the countries in the region, is trying to warn Israel about its loss. A maritime jurisdiction deal that will be signed between Turkey and Israel is in the interest of both countries. However, even though a deal is not signed, Turkey can determine its own maritime jurisdiction declaring its exclusive economic zone. So, Israel should never assume that Turkey needs this. If Israel is contemplating its own long-term interests, it should improve relations with Turkey.

Have the Greek Cypriot Administration of Southern Cyprus deceived Israel?

An article related to this interview was also published in the Israeli newspaper Israel Hayom. To read this article, you may click the link below: