Students, teachers, and administrators of Ulus Jewish Schools (UÖMO) that have been coming back with awards from both national and international competitions they have participated in the science field for 15 years, told us the secret of this success.
SHARE ON TWITTER SHARE ON FACEBOOK
January 22, 2021 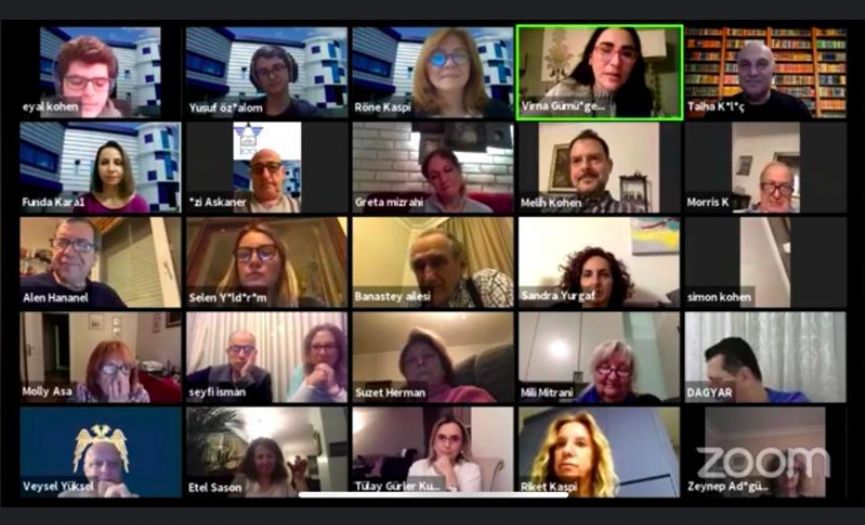 The moderator of the Zoom event titled 'Future will Come with New Ideas' organized on the evening of January 13, was Şalom Newspaper's Publications Coordinator Virna B. Gümüşgerdan.

At the beginning of the evening, Ulus Jewish Schools Education Coordinator Röne Kaspi and the High School Manager Funda Kara talked about the structures at school encouraging the students to attend these kinds of events. They stated that this achievement was not a coincidence, even when the students winning awards graduate, the students following them keep the awards tradition, the awarded students benefit from the process and use what they have learned even after they had graduated.

The Project Consulting Teacher Talha Kılıç who is one of the architects of the awards won in many national and international competitions, stated that the number of projects they had created was over one hundred and other projects are participating in the competitions this year. Software consultant Reha Diri talked about the software studies they did in the framework of the projects.

Eyal Kohen and Yusuf Yasef Özşalom who won the world 2nd place in the Korea International Science Fair (KSEF) this year, were also among the participants. Eyal and Yusuf talked about their project to use solar energy more efficiently by allotting, how the idea had emerged, and the presentation process during the competitions. While they also shared their goals for the future, they signaled that they would have many more achievements.