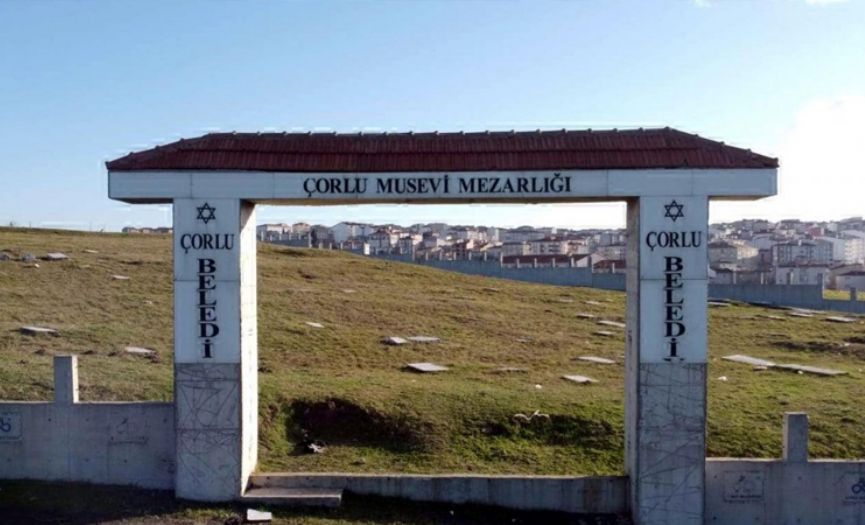 The iron gate weighing one ton of the historical 250-year-old Jewish Cemetery, located on the Çorlu-Çerkezköy highway, has been stolen for the second time. The historical cemetery had been taken into maintenance in 2014 by the Çorlu Municipality with the permit taken from the High Council of Immovable Monuments and Antiquities, and it was surrounded by concrete walls and iron railings.

Following the news at the media, upon complaints, the police started an investigation concerning the incident. Mayor of Çorlu Ahmet Sarıkurt stated that they were very sorry, and Çorlu Municipality replaced the stolen gate.

Mayor of Çorlu Ahmet Sarıkurt expressing their sorrow on the incident, said "Of course, I am sorry for the incident that happened after the historical Jewish Cemetery had been taken into maintenance. As you know, before Çorlu became a city, a gate with surrounding walls and panel fences had been built. 1.5, 2 years ago the wrought iron railings we had built around, in order to protect the cemetery were stolen and the gate was stolen. Now it has been stolen for the second time; it is impossible not to be sorry. This actually is at the entrance of our city, a noticeable location; in this sense, it shows us that there are many issues to act upon concerning city security."