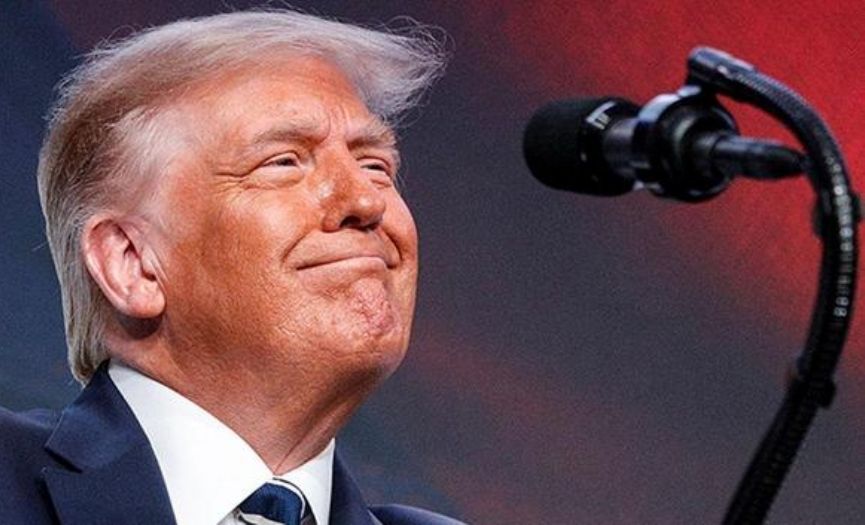 Year 1996. Founding partner of famous American TV channel MSNBC Roger Ailes had to leave the network due to allegations of his involvement in a sex scandal. He then proposes media emperor Robert Murdoch to establish a new TV channel.

Roger, besides being a conservative member of the Republican Party, he was also afraid of immigrants and African Americans. He was, in fact, a brilliant mind, but so paranoid with the thought that they would conquer the US, he even had built a huge shelter below his house.

Ailes believes that establishing a strong Republican Party is an important step to save real Americans from the threat of leftist ideologies dominating his country.

To achieve this goal, he rolls up his sleeves and explains to Murdoch why he wants to establish a new channel as follows:

“Our job will be to sell the idea that discriminated and ignored Americans’ voices will be heard. We will present the world the way they would like to envision. Do you know what will happen? We will challenge the existing agenda and become the strongest voice. We will return balance and justice back to this country. Yes, we will bring justice and balance.”

Murdoch and his two sons, who look at the issue from a commercial side rather than a political perspective, see a huge opportunity. American TV news channels usually appeal to the educated elites. They centralize information and facts rather than addressing feelings. Yet, the USA was not solely consisted of the educated.

Murdoch accepts the proposal of Ailes. They establish Fox News which would do journalism the way Ailes envisions, and they put him in charge. In just two years Fox News passes all the other news channels and becomes the first place in terms of ratings. They change the perception of reality and put forward the news conservatives would prefer. From time to time to achieve their goal and strengthen their base, they bend, distort reality, or even half lie and spread the news. Although Murdoch’s sons are against this, father Murdoch continues this new way of journalism which brings him millions of dollars annually.

In the days while Trump comes to power, Roger Ailes leaves Fox News after 20 years, due to sexual harassment allegations, once again.

In 2017, Ailes passes away, heartbroken and full of miserable feelings loneliness has brought. Yet, he takes his place in history as the greatest truth bender communicator and perception creating guru of the post-truth period.

Donald Trump most certainly has been affected a lot by him. When Ailes died Trump would say he has 'lost a true friend' during his honeymoon days of coming to power. He would then apply what he had learned from Ailes, which has been referred to as a new political science theory, Trumpism.

Trumpism has started as the voice of Americans impoverished due to ultra-liberalization and globalization. In order to gain support from this fraction of society, they had bent and distorted information as if they were defending their rights. They followed a post-modern populist political rhetoric by selling the ‘products’ of perception engineering.

Although Donald Trump has lost the recent elections, 47% of the Americans still voted in favor of him. One cannot help but be surprised so many people have voted for him. So many of his lies, mistakes came out. He openly supported racist groups, undermined American bureaucracy, favored loyalty over meritocracy, normalized discrimination over unification, even suggested injecting disinfectant to people’s blood to cope with COVID-19, said to Cuban Americans, “if you don’t vote for me, Democrats will bring Cuban socialism”. How so many people have voted for such a profile should be carefully analyzed by sociologists.

Even today he continues saying “I won” although he has lost the election. The state of social hysteria that evolves to detachment from reality is very unfortunate.

Yes, what is happening is a reaction to educated elites who worship facts and arrogantly underestimate the less educated. Fear of losing the identity, honor, and job pushes one to prefer lies over truth. This social readjustment forces the ‘oppressed’ to prefer not seeing the truth when it is against their interests.

Today, Trumpism is the consequence of the American people splitting into two like a watermelon. On one hand, there is a conservative America that is populist, ultra-nationalist, and white supremacist in domestic matters, and in foreign relations isolationist, moving away from world leadership and turning inwards, economically protective. On the other hand, against all these tendencies there is a liberal and leftist America.

Fracture fault is very deep and Trumpism is ready to take its advantage. It has a lot of customers. The survival instinct and reflex of not becoming the loser leads people to a zeitgeist in which one puts everything aside and leans towards lies.

Neo-populism which perfectly uses the sufferings of the unprotected and lonely individuals, carries the same danger all around the world. The new version of neo-populism, Trumpism, which has been inspired by a bright-minded media baron, and later applied by politicians such as Trump, poses a threat against humanity.

The perception that white is black is being pumped up.

Lies are normalized to attract the masses.

Truth becomes dirty due to the spread of lies.

As the curtain of mist gets thicker nobody is able to understand what the truth is anymore.

In other words, we live in sorrowful times for reality.