Sami Kohen, an expert journalist, who has devoted 70 years of his life to journalism and foreign politics, was awarded the Republic of Turkey Ministry of Foreign Affairs Distinguished Service Award.
SHARE ON TWITTER SHARE ON FACEBOOK
October 13, 2020 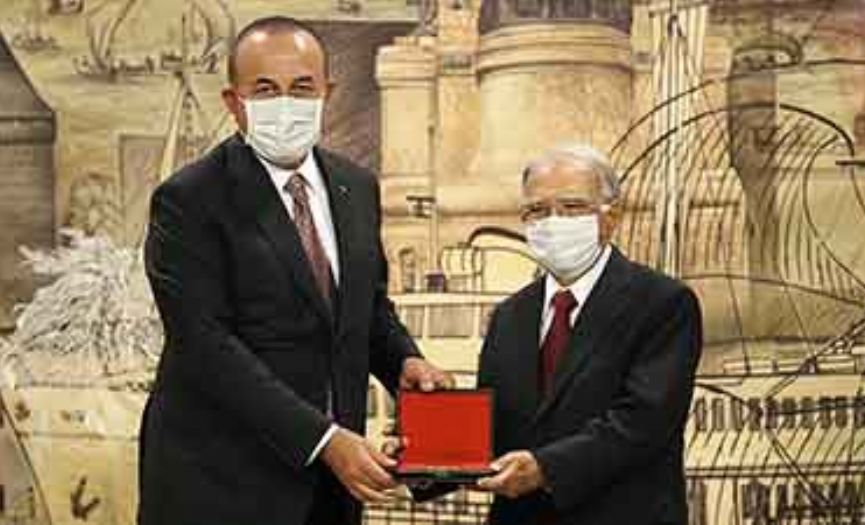 During the Distinguished Service Award Ceremony organized at the Presidential Dolmabahçe Office in Istanbul on Monday, October 12th, for journalist Sami Kohen, the Minister of Foreign Affairs Mevlüt Çavuşoğlu remarked, "He is an expert whom we had watched closely during our college years, and when we had been young diplomat candidates. Sami Kohen is a brand that never gets old."

Minister Çavuşoğlu during his speech stated that he was honored to present Kohen the Ministry of Foreign Affairs Distinguished Service Award and mentioned that he had been able to present this award to ten people during his ministry. 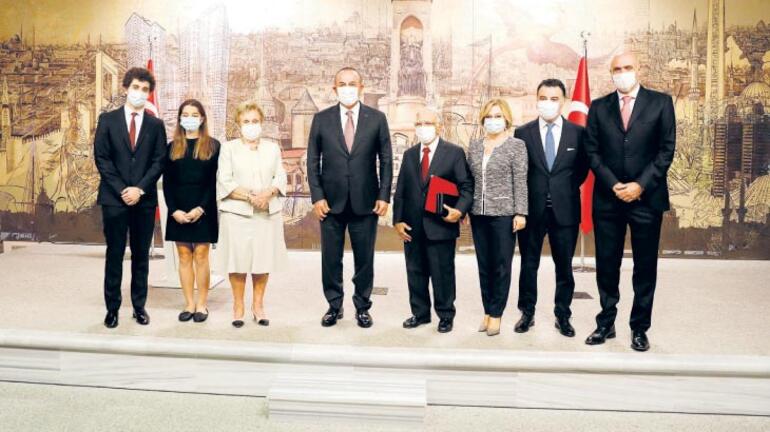 Çavuşoğlu telling that international conjuncture had changed deeply in years, said: "Sami Kohen, with his analytical foresighted interpretations, grasped and explained the agenda correctly. He always put forth our country's interests in his comments. His criticisms were constructive and instructive. His evaluations reflected the voice of reason. We are talking about a person who is in love with his job, who had, in his own words, spent his honeymoon at the newspaper office. With his unparalleled knowledge and strong talent for analysis, he is dearly precious to not only Milliyet newspaper but all our media.

Çavuşoğlu mentioning that Kohen had very accurate observations about which qualities made the Turkish foreign diplomacy unique, added, "I would like to express his statements in one of his interviews: 'The secret of Turkish diplomacy's success is knowing how to make fine adjustments. This is an advantage yielded by this land, its history, and culture. Turkish diplomacy has maintained its traditional talent on this issue, also in our day.'"

Çavuşoğlu remarked that this was what they were trying to accomplish under the leadership of President Recep Tayyip Erdoğan. Minister Çavuşoğlu saying the Turkish Foreign diplomacy was going to celebrate its 500th anniversary in 2023 and that they have celebrated the 100th anniversary of the Republic era's Foreign Affairs agency this year, added "By all means we are keeping the fundamental diplomacy tradition. We are trying to keep it. However, we cannot avoid the innovations. We are also taking advantage of the innovations greatly. Last year during our ambassadors' conference, we had announced our Digital Diplomacy and Asia Anew initiatives. We are working towards this goal." 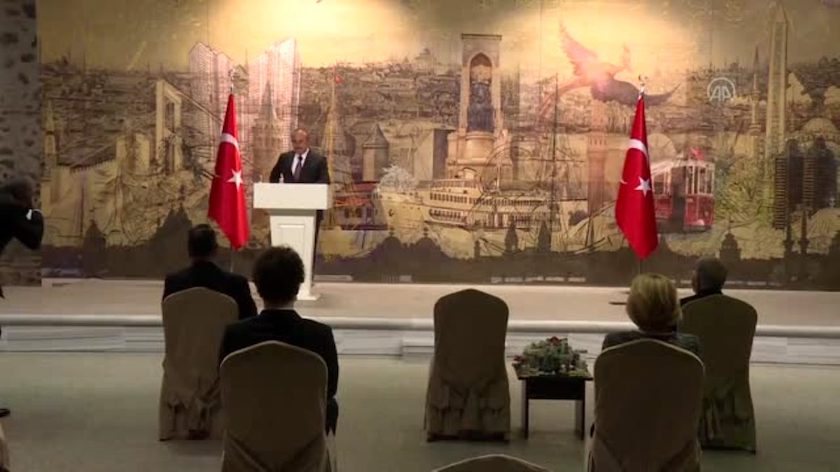 Çavuşoğlu emphasized that during the COVID-19 pandemic they have perceived the importance of digital diplomacy yet once again. He accentuated that they were striving to stand by every kinsfolk and citizen all over the world and the Republic of Turkey was trying hard to make every kinsfolk and citizen living all around the world feel not only their power but also their compassion.

Çavuşoğlu pointing out that Kohen had worked hard for this issue, said, "With this award, we wanted to record our gratitude with a historical document. Otherwise, he does not need our thanks. I am grateful to him, first of all, for accepting this award. I wish him a healthy and prosperous life together with his family."